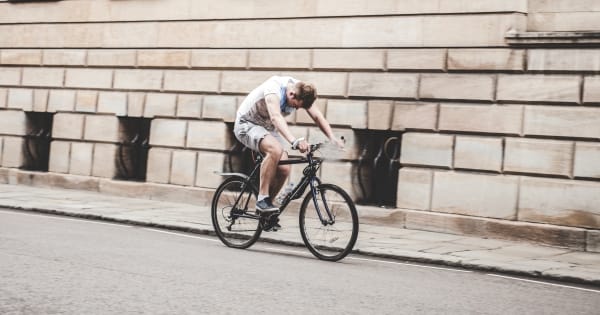 Michael Cohen recently testified in front of Congress that Donald Trump is, in his view, a racist. Rep. Mark Meadows (R-NC) argued that Trump can’t be racist because he has black associates, a transparent variation of the tired “I have black friends” defense.

Rep. Rashida Tlaib (D-MI) called Meadows out, leading to a five minute pause to the Congressional hearing on Cohen’s participation in possibly illegal activities with President Donald Trump so that Mark Meadows could be consoled from the traumatic experience (in a white person’s world) of being called “a racist.”

Meadows would have the Congress believe that he is not just not racist, but that he’s actively allied with anti-racist measures. At the same time, though, he would have the Congress believe that he doesn’t know the difference between being called a racist (which is what Cohen and Ayanna Pressley [D-MA] did to Trump), and being told you’ve done something racist (which is what Tlaib did to Meadows).

In 2019, it’s simply not plausible that someone can be an active anti-racist ally and not know the difference between “you’re a racist!” and “that was racist!” This distinction has been the basis of so many articles in the last few decades. For that matter, Robin DiAngelo warns against calling someone “a racist” because it creates a bad other person that white people can distance themselves from.

So somewhere in Meadows’s claims is a mistruth.

It would be easy to conclude that Meadows is just not as woke as he thinks. As a white Southern Republican, Meadows likely does have a significant blind spot to his own racist inclinations. But I think there was something deeper to his causing the hearing to effectively stop until Chairman Elijah Cummings (D-MD) could soothe his tears.

Specifically, there seems to be a strategy of fatigue going on. If we have to continue to argue basic points, we can’t move forward. If we have to keep stopping to explain, no, “you’re a racist” and “that’s racist” are different things over and over and over, the hope is that we progressively minded folks will eventually give up.

Last Friday, a white man entered a mosque in New Zealand and allegedly killed fifty. At his arraignment, he flashed the “okay” symbol that has come to be associated by people not in the White Power movement as a White Power symbol.

My phrasing is what it is because of the symbol’s role in the Fatigue Strategy. The alleged association of the symbol with White Supremacy became public on 4chan, where it was clearly meant as a troll and a hoax on unsuspecting, outrage-driven liberals. SPLC points out that White Supremacist figures such as Richard Spencer and Milo Yiannopoulos began using the symbol as early as 2015, well before 4chan’s “hoax,” but the context was in terms of “white men are okay”… which is the original cultural meaning of the symbol, more or less.

But now, in 2019, the symbol is a gift for the White Power folks: They can flash each other a sign of camaraderie while knowing that any liberals commenting on it will be laughed at on social media for their paranoia.

This strategy seems so obvious to me, and yet, I find myself explaining it repeatedly to people who should know better.

The Fatigue Strategy: Make people explain the obvious so repeatedly that they give up and can’t address any deeper issues.

Discussing the college admissions scandal, I pointed out that many black parents have been jailed for faking their addresses so that their children could get into a better public community school. I was asked for evidence of this claim, even though information is readily available (it took me less than a minute to find it) and it’s been a known concern among Social Justice Warriors for years.

I believe there is some period of time during which a new concept or position is genuinely misunderstood. I also believe that there is some point after which we ought to be able to say, “Okay, we’ve explained this so many times, there are so many position papers available via a basic Google search, it’s time to move on.”

The Good Men Project’s Michael Kasdan said in a friend’s-limited Facebook post, “You’d think we would be better at this by now. Or that we would have solved these problems. It’s deja vu all over again. Again. And again.” The truth is, we know the solutions, but the people who have the most power to enact them would rather not.

And so they play stupid; they insist on having it explained, yet again; they hope that the fatigue we feel will get us to just give up and go away.

—
Photo by Clem Onojeghuo on Unsplash