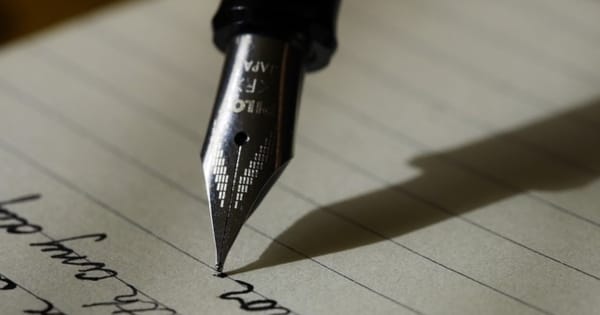 —
I’ve always loved the quote “History doesn’t repeat itself but it often rhymes.” Regardless of what new technological or medical breakthroughs we make, we are still just us. We pretty much want the same things people have always wanted– love, security, excitement, health, family, and friendship.

I’ve seen it time and time again in classroom and boardrooms. Kids and adults alike follow pretty much the same script. Kids use the tried and true moan-and-groan technique when they don’t get what they want. Adults, on the other hand, have had years to hone their talents especially when it comes to excuses.

Having worked with people all over the world, from children aged as young as 2 to adults in their 80s it’s interesting to see just how similar people are. The blueprint is pretty much the same.

One of the things that amazes me is how many adults refuse to work from a written plan. They love to keep things in their head. Maybe you can relate. You might think that all executives and managers have mastered this art, but you’d be surprised. When working with clients, I find myself constantly saying, “Show me.” Everyone loves to tell me, but very few actually have their goals, plans, and ideas written down. Those that do, tend to have little more than a few things written out.

According to Brian Tracy, the bestselling author and management expert, “Working from a written list will increase your productivity by 25% the day you start.” There’s something magical about writing things down. We’ve all become too attached to digital devices and forgotten just how powerful a pen and a piece of paper is. These days, when people want to take notes, nearly everyone whips out their smartphone. Amateur hour. As I learned in the excellent book, The Third Door, the pros use pens.

I’ve heard some people claim they’re more productive when they’re not tied down, that they don’t work well under pressure. Want to know what real pressure is? Winging it.

When it comes to time management, I’ve studied from all the great and Brian Tracy, who has spent close to 100,000 hours on the topic, says this, “A minute spent planning saves 10 in execution.” That’s one heck of an ROI.

People like to ask me, “What’s the one thing that makes the biggest difference in your productivity?” It’s not an easy question. As I’ve learned, each of us has our own weaknesses. I’ve discovered what I refer to as the 12 Domains of Productivity.

Enhancing one area alone will result in a boost in productivity, but consider what Dave Brailsford did when he was hired as the performance director of the British cycling team in 2003. The previous 100 years had yielded just at single gold at the Olympics and had fared even worse at cycling’s biggest event, the Tour de France, with no British cyclist winning the event.

He implemented a strategy that he referred to as “the aggregation of marginal gains.” In essence, it was the philosophy of searching for tiny marginal improvements in every aspect of what you do. He explained it like this, “The whole principle came from the idea that if you broke down everything you could think of that goes into riding a bike, and then improve it by 1 percent, you will get a significant increase when you put them all together.”

They went to work on hundreds of things from obvious things such as the seats they used and the clothes they wore to minute things such as how to wash their hands, and the color of the inside of their van. The results were nothing short of remarkable. Since taking over, British cyclists have won 178 world championships, 66 Olympic or Paralympic gold medals and won the Tour de France five times.

The same goes for productivity. You don’t need to master your calendar system or completely change your diet. Small changes, done consistently over time, yield great results. It worked for the British cycling teams, and it can work for you.

If you’ve have actually read this far, then you looking for ways to be more productive so why not start slow and pick up a pen.