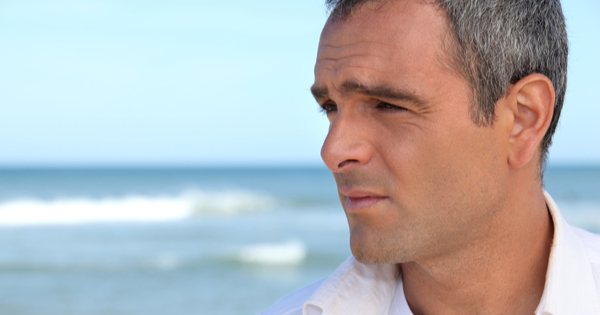 Most people equate depression to disease.  The APA uses both the terms “illness” and “disorder” to describe it.  For people with clinical depression and major depressive disorder, professional treatment and support are critical to recovery.

However, there is also situational depression, which is not tied to a person’s unique brain chemistry.  If this is a disease, then it’s a disease of social dynamics; as in it tends to fall heavier on those without fulfilling and abundant lives. Those that fill their days with plenty to do, have good groundings within their community and have a strong family tend to be able to keep this type of depression at bay.

Imagine if you had a small onion. And then you put your small onion into a jar of pickles and keep it there for a few months. What do you think the result would be? Well, the pickle would infuse with the onion slowly over a long period of time so that eventually the onion would also become pickled, and it would have a different taste. Right?

Now read the last sentence again, replace small onion with your “brain,” pickle with “negative influences” — such as a dad shouting uncontrollably, or unjustifiably; and replace different taste with “depression”.

Depression, for me at least, started as a young boy when I would get into trouble for not that much at all. My Gran recounts of a time when I ran over my father’s foot with my toy tractor and I ran away holding my bum screaming — in my mind, I was going to get ten bells of shit kicked out of me. I’ve heard people say if you tell a horse he’s a donkey for long enough then he’ll eventually think he’s a donkey. The same can be said for the way that I was treated. Beat me up for long enough and I’ll eventually believe that I deserved it.

So, my start was poor. My mind was already swimming with thoughts of not deserving things. I had my dad’s words whispering in the back of my mind for that. Not consciously per se. It sounded more-so as if I were saying those things to myself; but I realized eventually that it was my dad’s influence. A bad upbringing can really impact life for many years, sometimes forever.

The brain is essentially you. Strip away all the bones and skin and there’s still the functional brain. The body is like a super-jumpsuit for the brain so that it can interact and consume the world around it. And that’s why it can be influenced externally.

We get addicted to alcohol and the way it makes us feel; the same can be said for drugs. Then why should it not be the same for negative feelings, or feelings of low self-worth?

You train your brain long enough to think a certain way and it will eventually start to think a certain way. This is what can be said for situational depression. Some of us get caught in such a negative spiral from external influences and our internal loneliness that it can spiral out of control.

Well, this is such a double-barrelled question.

If you want to stave off this kind of depression, then put down your iPhone; go and meet up with some friends. Forge some deep connections with those around you and find some form of positivity that binds you together. Get a hobby.

There’s always something that can take your focus away from the horrible thoughts. My first attempt was photography. I always enjoyed that. I didn’t seek anything professional from it, but I took myself out and did some blinding pictures. I enjoyed that period of my life.

It’s all well and good me saying all this but you have to be ready to take the journey. I used to read articles that my family would give to me about people going through the same thing and my first defense mechanism was to take out my, “They don’t understand,” card – “they’re not me,” — but I understand it all now. Looking back, I just wasn’t ready at that moment in time.

Which comes to my next answer — if you have a friend or a family member going through this then just be there for them. “Just getting over it,” is most likely what they hear all the time and it’s the sort of negative reinforcement that they are normally used to from people. Stop judging. Just create as quiet and hospitable atmosphere as you can around them without feeling like you need to urge them to do something with their life. Let them flourish on their own. Perhaps give them more control over things — so instead of “telling them what to do” this time, ask them “what would they like to do.”

But let’s be clear — I’m no magic healer with one size fits all. One thing I’ve learned through my journey is that it takes a whole community to drive society forward, and in the community are a range of diverse and colorful individuals. Opinions and strategies differ, and people change.

Just all in all be good to yourself and the world around you will prosper.

Facebook45Tweet2PinEmailShares47
wpDiscuz
0
0
Would love your thoughts, please comment.x
()
x
| Reply
Share this ArticleLike this article? Email it to a friend!
Email sent!