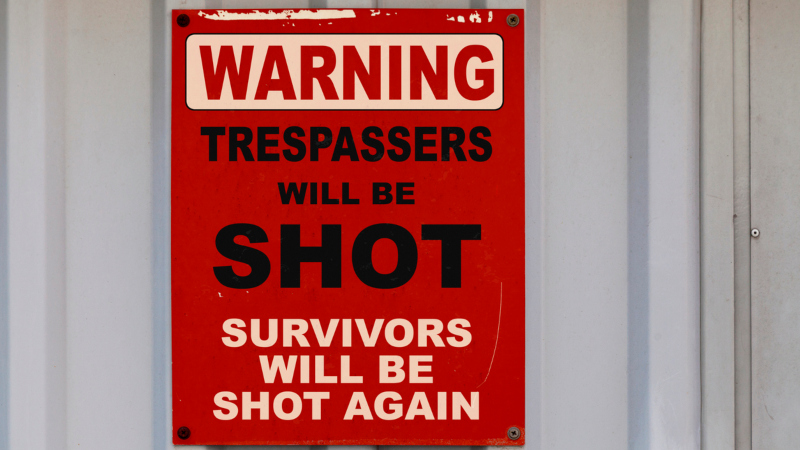 Radicalization: The action or process of causing someone to adopt radical positions on political or social issues — Oxford Dictionary

“The process by which people come to support terrorism and violent extremism and, in some cases, then join terrorist groups.” — MI-5 United Kingdom

There is a way that the term “radicalization” is used which only applies to people of color and is used to taint any political movement on their behalf, however non-violent it may be. The failure to recognize that whites in America have some of their own terror groups is part of the problem, we are a country where justice depends so much on color. In 2009, a Homeland Security assessment of the danger presented by Right Wing groups was released and white people howled. This includes the media (especially Fox News) and Republicans in Congress. The report was labeled, “a piece of crap… propaganda… an Obama hit job.” Generally speaking in their view, white people have mental health issues, people of color become radicalized.

Republicans primarily, rail on about the failure of some to use the term, “Radical Islamic Terrorism.” Yet the same people fail to acknowledge the far more open terrorists in their midst because they share a skin color. We see armed militia groups, occupying government land, get cheered for their anti-government stand. When white people engage in armed standoffs in Oregon and Nevada they are heroes. Black people get bombed as they did in Philadelphia. The home targeted was a row house and the resulting fire destroyed 65 homes while the Fire Department stood and watched. They destroyed a community to evacuate one home.

The process by which people are radicalized is always assumed to come from the outside; Internet websites that originate in foreign lands, outsiders from other communities. What is never considered, is that people are reacting to the everyday oppression that engulfs their lives. By the people who claim to have the best of intentions. Schools that disproportionately suspend and expel students of color. Stop and Frisk. Racial Profiling. Mass Incarceration. Voter Suppression. Unequal protection in the courts.

I mention the courts last, because of Ahmad Khan Rahami, the suspected New York bomber. He was part of a lawsuit filed by his family against the city of Elizabeth, NJ. The suit, filed in 2011 and not yet resolved 5-years later. Accuses the city of a pattern of harassment and religious profiling, which the city denies. They tried to make a complaint against police officers, the police denied the complaint. There will be much discussion about what could have been the factor that led to the radicalization of Mr. Rahami. I don’t claim to know, but maybe, just maybe. He just felt he was being fucked with.

The right-wing hate groups I mentioned before feel like they’re being fucked with as well. They were mad when a black man was elected President. They worry that someday someone will try to take away their assault rifle and the right to unlimited ammunition. They fret about “reverse discrimination.” They value, “All Lives” and “Blue Lives” but never black or brown. They want walls and Muslim bans. They want to make America great again. And by “again” you know what they mean.

There is an old slogan, “No Justice, No Peace!” Maybe America should take a look at how it dispenses justice, and in favor of whom. Maybe we can identify all the hate groups that exist, and address them as well? Perhaps we can get the media this country deserves, instead of one that perpetuates hatred in some circumstances and ignores it otherwise. Maybe we can get politicians who actually serve the people’s interests instead of only worrying about being re-elected.

The President can’t tell the difference between right-wing hate groups and “very fine people.” He didn’t start the radicalization of America but he ignites and directs it. The majority of Americans want peace. Therefore there must be justice… for all!

I write about politics, race and social justice. Support me at https://ko-fi.com/williamfspivey0680