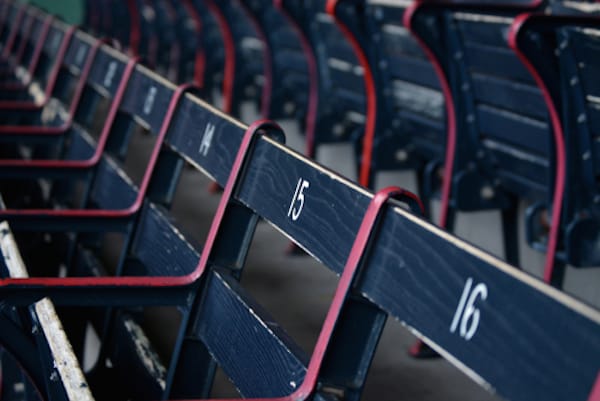 On May 10 at Fenway Park, a Friday night game against the Seattle Mariners, a fan unfurled a massive “Trump 2020” banner from the right field terrace, to the shock and, ultimately, the dismay of ownership and many in attendance.

However, on Thursday, a scheduled off-day for the team, President Donald Trump hosted the 2018 World Cup[sic] Series Champion Boston Red Socks [sic] at the White House—the white players, at least. The Latino, Hispanic and black players on the club opted to decline the incendiary president’s invitation for myriad reasons.

For starters, the black players—including starting pitcher David Price, Jackie Bradley Jr. and reigning AL MVP Mookie Betts—may have taken exception to President Trump’s characterization of the white supremacists in Charlottesville, Va., as “good people,” a statement that seems to embolden bigotry in this country.

Manager Alex Cora, who grew up in Puerto Rico, has been vocal in his disapproval of the president’s handling of aid—or lack thereof—to Puerto Rico after Hurricane Maria. Or maybe it was the president’s Tweet where he caustically called out [2] the Puerto Rican politicians as “grossly incompetent” and who only want to “take from USA.” Of course this ignores the fact that the people of Puerto Rico are American citizens, something our leader may have missed in his middle school civics class.

This is to say nothing of President Trump’s continuous inundation of bombastic scare tactics and vilification when dealing with Mexican and South American immigrants seeking refuge in this United States. The president has accused undocumented immigrants of being “rapists and murderers” and continues to demonize the whole demographic as threats to national security, a specious statement at best.

So let’s throw Red Sox Chairman Tom Werner a bone and assume that baseball is, indeed, “apolitical”—something that feels impossible in the current climate of polarization and divisiveness from both sides of the aisle.

Let’s examine, instead, the giant elephant that has confronted the Boston Red Sox organization for well over a century of baseball: The Red Sox have a race problem.

Let’s began with the organization’s mailing address on Yawkey Way, a street outside Fenway Park named after the Red Sox owner for 44 years Tom Yawkey. Under Yawkey’s policies, which promoted a “white-only” roster, the Red Sox were the last organization to sign a black player, Pumpsie Green, a signing that was largely seen as a token, as the Civil Rights Movement was force-fed to Yawkey.

In fact, Yawkey’s bigoted policies prevented The Red Sox from signing a guy named Willie Mays, who certainly could’ve helped a team that hadn’t won a World Series since 1919, at the time.

Yawkey also hired manager Mike Higgins —who he later promoted to general manager—a Southern racist of the highest order, notorious for slinging slurs in the clubhouse.

In fairness, Yawkey, who took over the team 1933, was also known for philanthropic work, particularly with The Jimmy Fund in Boston. Nonetheless, this doesn’t change, nor should it mute his legacy of racism. Indeed, current ownership’s petition to change the name of Yawkey Way—spearheaded by team owner John Henry—back to its original title of Jersey Street was recently approved by The Boston Public Improvement Commission.

But the history of racism in the organization continues to linger.

More recently, black players like Baltimore Orioles’ centerfielder Adam Jones and David Price himself have complained about racial epithets being shouted from the Fenway crowds. Admittedly, this is not the organization’s fault, but one might think that the ownership might be a little less tone-deaf when it comes to issues that divide the clubhouse according to color, such as the current White House visit.

Again, the intent here is not to harp on the bigoted policies being ushered in by the current administration, policies that are galvanizing and amplifying hate; but rather, to examine that ugly intersection of past and present in America’s long-standing pastime.

In the wake of their White House visit, the Red Sox white coaches and players who stood in smiling rows behind President Trump might now have to answer to the players whose umbrage toward the president’s caustic rhetoric and policies kept them from attending. Maybe they should answer why they stood with The White House and President instead of their own clubhouse and manager.

I wish I could buy into Mr. Werner’s remark that baseball should be “apolitical.” I wish that the game’s history of racism in 2019 was an unsightly stain that’s been rubbed away; and I wish like hell it wasn’t my favorite team in the center of this pernicious cycle and I could just ignore it and go on unconditionally rooting for the Red Sox.

But it is my favorite team entangled in this, and now I hang my head and mutter one the game’s most notorious phrases of ignominy: Say it ain’t so.

Nathan Graziano lives in Manchester, New Hampshire, with his wife and kids. His books include Teaching Metaphors (Sunnyoutside Press), After the Honeymoon (Sunnyoutside Press) Hangover Breakfasts (Bottle of Smoke Press in 2012), Sort Some Sort of Ugly (Marginalia Publishing in 2013), and My Next Bad Decision (Artistically Declined Press, 2014). Almost Christmas, a collection of short prose pieces, was published by Redneck Press in 2017. Graziano writes a baseball column for Dirty Water Media in Boston. For more information, visit his website: www.nathangraziano.com.

Facebook344Tweet4PinEmailShares348
wpDiscuz
0
0
Would love your thoughts, please comment.x
()
x
| Reply
Share this ArticleLike this article? Email it to a friend!
Email sent!