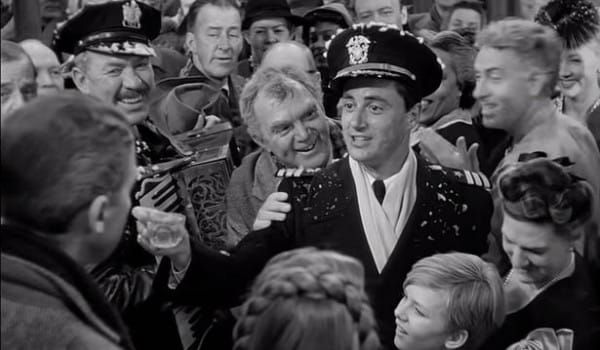 If you’re like me, you don’t need any help deciding which Christmas shows to watch.  You know what you like and what you don’t.

So why would you come here to read my “Top 10 Christmas Shows, period, the end”?  Easy.  So you can either agree with me, call me crazy, tell me my order is all wrong, or think I’m nuts for leaving something off my list.

Any way you look at it, it’s satisfying.

So here they are, in descending order.  Feel free to chime in with your own list or tell me where I went wrong.

(Incidentally, I call this “shows” because the list contains both movies and TV specials.)

Yeah, I know it’s a dumb movie, but the whole idea of Vince Vaughn — “Fred Claus”— being Santa’s Claus’ older brother just cracks me up, not to mention the fact that I love anything Paul Giamatti does.  Best scene of the movie?  When Fred is delivering presents on his brother’s behalf and is eating EVERYTHING that’s left out for Santa.  It seems Vince Vaughn is always stuffing his face in movies, and it’s really freaking funny.

First, my apologies for pairing this with “Fred Claus.”  Disrespectful, I know.  “White Christmas” is kind of like the song, “Winter Wonderland,” in that it’s more of a winter movie that got adopted forever by Christmas, but aside from the title song and the timing of the climactic scene, doesn’t have much to do with Christmas at all.  It is, however, an awesome movie.  Bing has never been more Bing-like and Danny Thomas is genius.

This is the best of the Vacation movies, I think.  My favorite part is when Clark is staring out the kitchen window at the backyard, daydreaming about his new swimming pool with Bing Crosby singing “Mele Kalikimaka” in the background, and his fantasy is interrupted by Cousin Eddie waving from the diving board.  And every American dad relates to the whole debacle of Clark working his butt off to decorate the house with lights to inspire his family, only to have the big “reveal” ruined when they won’t turn on.  I miss the ’80s Chevy Chase…

This movie takes a unique angle on Santa Claus, presenting him as an actual man who lives in a New York City retirement home.  It’s handled in such a subtle way that you’re not really sure if he really is Santa or not until the very last shot of the picture — the cane propped in the corner of the new house.  (That always gives me chills.)  The movie also handles the questions of faith and belief in a neat way.  And of course, Mrs. Shelhammer — the drunken wife of the Macy’s executive — is worth the price of admission.  “We’d LOVE to have Santa Claus come and stay with us!”

I’m a child of the ’70s, back when animated claymation specials were the rage.  This was when there were basically three TV channels and everyone knew what was coming on on a given night and the whole country was watching the same thing at the same time.  When a Christmas special was coming on, it was a big hairy deal, and “Rudolph” was one of the biggest.  A couple of observations:  Does anybody else think that Santa was a bit of a jerk in this story?  It wasn’t until he figured out that Rudolph could save his butt that Santa accepted him.  Not to mention the fact that Rudolph’s own dad made him cover up his nose with mud.  Poor Rudolph probably needed some serious therapy in later years.

This is the first of two newer movies that made my list.  For the record, I hate the ending.  The whole engine on the bottom of the sleigh thing is ridiculous.  Ed Asner is a terrible Santa Claus, too.  But everything else is genius, especially the dynamic between Buddy and his store manager.  “Make work your favorite.”  Incidentally, my kids are constantly making me say, “Bye, Buddy!  Hope you find your dad!” in Mr. Narwhal’s voice.

I’m sure my choice of the 1973 version will create some debate, but sue me.  Sure, there are some slow moments, like the Ghost of Christmas Past section, but this is more than made-up for by the Ghost of Christmas Present.  Scrooge (Albert Finney) is hilarious as he gets drunk on the Milk of Human Kindness and sings “I like life.”  The best song is “Thank you very much,” and again, it’s funny that Scrooge is so happily singing to his own demise without knowing it.  If you haven’t seen this version, do yourself a favor and find it.

5. “How the Grinch Stole Christmas” (original)

This was the “edgy” animated Christmas special when I was a kid.  It’s got just enough of that Dr. Suess weirdness and cynicism to make it cooler than any other animated special, and it’s my opinion that “You’re a Mean One, Mr. Grinch” may be the greatest pop song ever written.  I’m also moved to tears when the Grinch’s heart expands to give him the strength of 10 Grinches plus two.  “Maybe Christmas, he thought, doesn’t come from a store.  Maybe Christmas, perhaps, means a little bit more!”

I loved this movie immediately upon first watching.  Whenever my kids want to watch it, I roll my eyes and act bored, and then run go get hot chocolate and popcorn and tell everybody to shut up so I can hear.  Not only is the animation, voicing, and soundtrack amazing, but it’s one of those movies that seems to have reached into my childhood psyche and extracted my visions of exactly what it would be like to go to Santa’s North Pole.  I used to lay in bed as a 7-year-old and create scenarios that were nearly identical.  My only critique is that you have to be careful about watching “The Polar Express” with little kids.  It raises too many questions about Santa’s existence for my comfort level.  The same could be said about “Miracle on 34th Street” and “The Santa Clause.”

It stills freaks me out that this movie was made in 1983, when I was a junior in high school.  It seems like it’s been around forever, and has a timeless look about it. The great thing about “A Christmas Story” is that any overly saccharine sweetness is offset by equal amounts of near-risque humor.  The whole “fudge” incident, Schwartz getting beat silly over the phone by his mother, the Old Man’s Yosemite Sam-like, nonsensical cursing, Ralphie’s explicative when he realizes he was duped with the decoder pen, and the quick cut from Randy lifting the toilet seat to the Mother lifting the lid of stew cooking on the stove…  All these things make the movie interminably watchable, quotable, and funny.

Not only is “It’s a Wonderful Life” the greatest Christmas movie ever, it’s arguably the greatest MOVIE ever. The funny thing is, it has very little to do with Christmas at all, but because George Bailey’s “rebirth” happens on Christmas Eve, it is associated with the holiday.  “It’s a Wonderful Life” is a very dark movie, and  I don’t think it would’ve worked with anybody but Jimmy Stewart.  We’re talking a stock-market crash, corruption, embezzlement, and suicide.  Stewart managed to somehow keep it intense, but not so tragic that people would become uncomfortable and turned off by George Bailey’s predicament.  I think his is one of the best acting performances ever recorded on film.  I’ve watched this movie at least 75 times, and I always — without fail — have to hide my face in a pillow during the final scene.  In the same way I wish I lived in Mayberry, N.C., I also wish I lived in Bedford Falls.  “No man is a failure who has friends.”

It may surprise you that I ranked this No. 1 over “It’s a Wonderful Life,” but the reason is undeniable.  “A Charlie Brown Christmas” is the only mainstream special that recognizes Christmas for what it really is: a celebration of the birth of Christ.  Every other entry on this list is either funny or nostalgic or sweet or addresses Christmas as popular culture or focuses on the worst and best of the human experience, but only Charlie Brown puts Christ back into Christmas.  (Incidentally, “A Charlie Brown Christmas” also features one of the greatest soundtracks ever.  Vince Guaraldi was a genius who died much too young.)

Linus’ monologue about the true meaning of Christmas is easily the most touching and poignant moment in the history of animation, in my estimation, and was so effective because it was delivered by a 7-year-old boy, Christopher Shea.  (Can you imagine Frosty or Rudolph or Clark Griswold quoting scripture?)  And Charlie Brown’s reaction to Linus’ saying, “And that’s what Christmas is all about” makes it for me.  With Guaraldi quietly playing “Oh, Tannenbaum” in the background, Charlie Brown simply picks up his sad little tree and leaves the gymnasium with a bounce in his step, because he now sees the true joy and meaning of Christmas and has been released of his previous burdens. 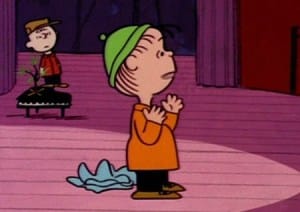 Linus tells the story of the Nativity.

I’m amazed, in this day and age, that “A Charlie Brown Christmas” hasn’t been banned from network TV because of its obvious Christian overtones.  It would probably never be made in 2012, and it was a difficult thing in 1965.  CBS executives wanted the scripture cut out, but Peanuts’ creator Charles M. Schultz refused, supposedly saying, “If we don’t tell the true meaning of Christmas, who will?”

Think of the millions of kids over the past 47 years who have learned about the Nativity through Linus’ recitation, and all of the grownups who’ve been reminded of it.  Whenever I become overwhelmed by Black Friday sales and shopping mall traffic and all the other pressures that come with the season, it’s always a relief when Linus reminds me of what Christmas is all about.

And there you have it.  There’s a comment box below.  Use it!

This post was previously published on Doofus Dad and is republished here with permission from the author.
— 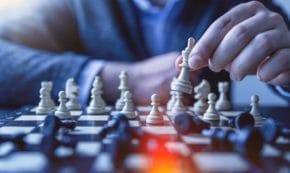 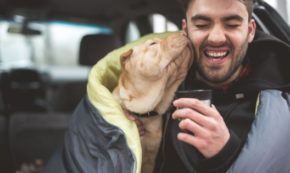 END_OF_DOCUMENT_TOKEN_TO_BE_REPLACED

Facebook11Tweet2PinEmailShares13
wpDiscuz
Share this ArticleLike this article? Email it to a friend!
Email sent!