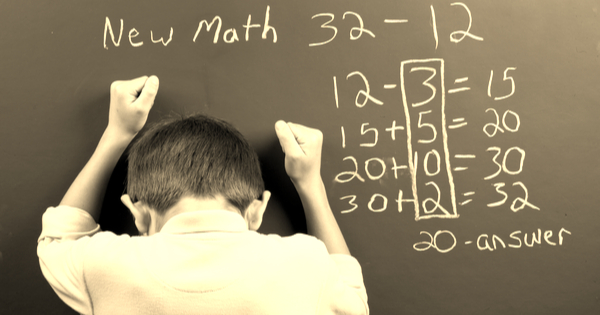 Let me out of this place!  Eighth Grade and I’m flunking Penmanship.  Mrs. Garrett wants me to be right-handed, to switch hands—

“But, I can eat with both hands,” is my feeble attempt to be funny.

—To not drag my palm across the page through wet ink.  And of course my right-handed attempts—I’d flunk me too.

(See, we have to use “cartridge pens” and the ink burbles out of the tip in tiny, dot-sized lakes that don’t dry for a minute or two.  I don’t have any problem with a pencil or crayon.)

While she’s also pinned up my charcoal drawing of a Thanksgiving turkey (roasted, on a platter, no head or feathers).  Only my artwork on the Homeroom wall, nobody else’s.

Then Spanish class.  We aren’t learning to speak, we are learning about Mexico instead (where Mr. Remick comes from).  Customs, place names and a taste of a very hot pepper.

I sit in the third row and Connie Satini sits behind me—entertaining the class sitting beside and behind me by accidentally-on-purpose writing words in ink on the back of my neck.

Her wide snide smile disappeared, she looked like an innocent, placid da Vinci Madonna, not a secret, sneaky bully.  “Don’t what?” she asked.

All this week she’s used me for her signpost (and I can’t read it, I wince and try to rub it off).

What am I supposed to do, scream?  Threaten?  Run out of the room?

(The point of her pen at the nape of my neck exactly when the teacher’s describing—maybe “Hill of Grasshoppers” and most intense, and Connie is most bored.  I wince, I flinch, she stops, but a minute later, scratch-scratch, back again, completing her letter or a word.)

Mr. Remick knows.  He certainly can guess why the back rows are staring and trying to suppress a laugh.

“Miss Satini,” he finally FINALLY spoke to her today.  “Stop what you’re doing—disrupting the class.”

This is Thursday.  I bet she turns my shirt collar blue tomorrow.

Maybe I could start over if I changed my name?

Last Sunday night watching The Americans and trying to see who one of the stars were, scanning the credits—“Darryl Hickman.”  Darryl.  Could I grow sideburns and pretend I was him?

On Monday I changed my name to Darryl.

Not much to it.  Do you realize how most of the time nobody calls you by name?  Or, I should change my name to HAY.  As in, “Hey!” and “Hey, you!”  Mrs. Garrett, yes, when she calls rollcall first thing in Homeroom.  (I don’t dare touch her official papers, what she takes down the hall to the Principal’s Office.)  Mainly only the test papers in Math class then, that I fill in my name myself in the upper right-hand corner.  That Mrs. Cleo calls out names when she hands them back, once or twice a week.

That’s it.  The rest of the time I could be ANONYMOUS.

Add (don’t you dare subtract, or divide—and please PLEASE don’t multiply) the teacher Mrs. Cleo.  Quick with a comeback, she’s got a husky voice and everything she says, a sarcastic tone.  “Good!” her favorite response, but good isn’t good if it means good-GRIEF or good-I’m-so-surprised.  You have to wait, and expect, and then she won’t say more, the tone is lethal enough.

Maybe her—  Well, she’s painfully skinny, stick-like arms, she dresses in tight-fitting black, she wears chunky jewelry around her throat, noise-making bracelets, too much rouge.  She could be sixty but she dyes her hair black, unflattering black, stringy black.  When you pass her in the hallway her face is a terrible scowl.  (Maybe she hates Math too.)

I hate Math, so I sit in the back row (no trusting someone behind me again), and Mrs. Cleo tests us (the only good part, the mimeograph paper smells like fresh peanuts)—tests us a couple times a week.  “Put your name in the upper right—”  Tests she takes home and grades and gives back the next day, by calling your name and you go forward to collect.

Mrs. Cleo’s tests—about the only place I have to write my name in school.

Thus, today, “Darryl—  DARRYL?  Did somebody change his name?”

Did the class laugh?  I’m so overwrought I think they do.

Mrs. Cleo’s biggest smile, a merry tinkling of cascading bracelets.  “That’s such a nice name!  That was the name of my first boyfriend!  He was absolutely dreamy.”

And I have to go up to retrieve my paper, the shakiest walk of my life.

The woman laughs, everybody else, one and all, they seem to get the size of the joke.

This (“my first boyfriend”) when I’m already feeling picked on and on the verge of a split personality—  Your name, the most public feature, why’d I think it was private, a secret, something to hide behind, a way to become invisible?  As if Darryl was another person perhaps, he could handle Mrs. Garrett, Connie Satini, Mrs. Cleo, and they’d leave me alone?  Doesn’t work like that.  Darryl was me and I’d been caught front and center, and forever silly in an embarrassing situation.

Now, or Monday, or the next time I turn in a test, I can hear Mrs. Cleo ask, “Whatever happened to ‘Darryl’?”  And how he had dimples and she almost married him.