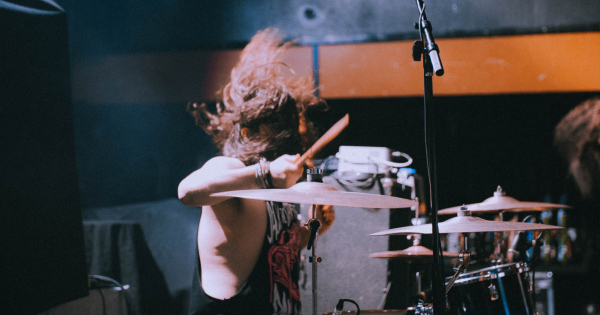 Before there was The Backstreet Boys and before there were New Kids on the Block there was B.S.O.H.C. What, you never heard of B.S.O.H.C? Well, then obviously you did not hang out in my friend Dave’s backyard in the late eighties. If you had, you would have seen what I consider to be the greatest band to ever play in his backyard (to the best of my knowledge). But what does B.S.O.H.C stand for?

In the eighties, they tried to do a reboot of the classic TV western Bonanza, called Bonanza: The Next Generation. It was about the sons of the original characters now running the Ponderosa. None of the original cast was on the show, but I was a Bonanza fan, so I decided to watch.

At one point in the show this hulking cowboy is trespassing on the Ponderosa, so naturally, the sons of Adam and Little Joe get into a fight with him. When it’s over, they ask the man who he is. With great dramatic fanfare, he states, “I am the Bastard Son of Hoss Cartwright.” It had to be one of the cheesiest lines I had ever heard so naturally, we took it as the name of our band.

But, before we needed a name for the band, we needed the band, and before that we needed songs to play. Let’s start there.

I started writing poetry when I was a freshman in high school, at just about the same time all that angst about life hits you routinely in the face. I used to take my notebook and sit up on the grassy knoll that was wedged neatly near the overpass of Routes 9 and 516 in Old Bridge. Not exactly Walden’s Pond, but it worked for me.

When I grew a bit older, I realized these weren’t poems; they were lyrics. The major drawback was that I didn’t know anything about music. But, fortunately for me, my mother had some forethought on that matter.

Years earlier, she won some money in the state lottery and went out and bought a piano with the hope that someone in the family would learn how to play. That piano sat in our living room for a very long time, collecting dust, car keys, and loose change. When I moved out, I took that piano with me and with my revelation that I was writing lyrics I tried to teach myself how to play. As it turned out, this self-taught musician had an idiot for a teacher.

I continued to write lyrics without any real hope of ever seeing them performed. Then in the mid-eighties, after I started working at AT&T, I made friends with people who were actual musicians. We decided to form a “band” (air-quotes intended), and we’d get together to play some covers. I went out and bought an electric keyboard with the hope I could fake my way through until I could figure out how to play it.

In the band was Phil (Blind Dog) on guitar, Nick (who ironically did not have a nickname) played bass, Lou (Louba) was our singer. Periodically Rob (Rockin’ Rob) would stop by and join us, and then there was Dave (Dave) on drums. The joke was that Dave wasn’t a real musician, he was a drummer.

As I stated before, music was not my calling, but I tried. After playing together for a while, and after asking Phil for the umpteenth time what the chord structure for Radio Radio was, Lou turned to me and asked, “Why don’t you just go and buy the book?”

I almost hit him with my keyboard.

All bands go through their contentious period; wanting to kill your band mate just meant we were on the right track.

Then after muddling our way through Elvis Costello and The Clash covers (and by muddling, I mean they put up with me), we decided to do original songs. I would write the lyrics and Phil would write the music. Finally, I would hear my lyrics played live (I didn’t say well — I said live). My first song was New York City Rain. I wrote it with haunting noir images in mind; rain-slicked city streets filled with faceless shadows. In my heart, it called out for a bluesy backbeat.

We mostly played at Dave’s house with our only audience being the life-sized plastic cow that his parents kept on the back lawn. As far as I could tell that cow loved us; never a word of complaint. Dave’s mother sat in on a few songs and played keyboards. I knew then how Pete Best felt when Ringo Starr showed up.

Our next song was something called Burning Waste of Time. Actually, it was called Burning Sense of Time, but Dave wrote that one and, as I said before, he was a drummer.

The next song I wrote was called Suicide Queen, an upbeat little number about a woman committing suicide outside of New York City. Suicide Queen contained some of my favorite lines like the following: ‘you were like Alice/In a Wonderland gone mad/Or Dorothy traveling down through OZ with a smoking gun in your hand.’ Take that New Direction on the Block Boyz; B.S.O.H.C. was not going to be your average boy band.

But, things fell apart, and the band broke up when I wrote a three-page Opus called Vikings. It was about rival street gangs and a final deadly battle that culminated with stolen ‘61 Buick LeSabre and a Viking funeral somewhere in the streets of Manhattan. The band just didn’t understand my vision (actually, neither did I).

That was it — we all went our separate ways musically. We are all still friends, and I still have the piano, so you never know when a reunion tour could be in the works.

This was originally published on HuffingtonPost.com and is republished with the author’s permission.

Photo by frankie cordoba on Unsplash

Facebook13Tweet6PinEmailShares19
wpDiscuz
Share this ArticleLike this article? Email it to a friend!
Email sent!