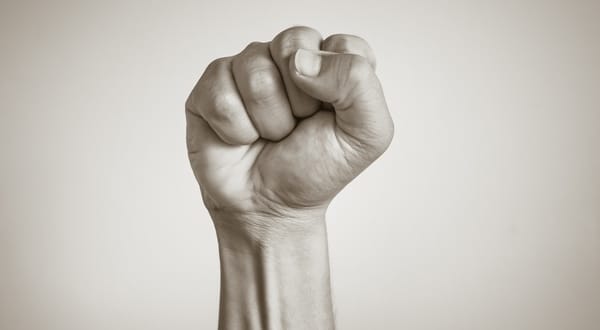 —
This article clearly presents how to create a good society and the obstacles which prevent it.

Philosophy is supposed to help us reach a good, or at least a better future. Philosophers have tried to provide us with the solution. Some of them gave us good advice on how to improve our lives, but no philosopher has ever defined how to create a good society so it was never established.

Why is that? Authorities have always had power and control over society. Philosophers have recognized reality and accepted it. Trying to find a better solution for society sometimes has been a dangerous idea because authorities used to kill those people who wanted to change anything. Under the respect of authorities, philosophers have created an opportune vision of nature, society, and their phenomena. Such a view was subjective to a great extent which means it was alienated from objective reality. Through the history of humankind, a considerable amount of alienated knowledge has been created and imposed on people. Alienated knowledge is false so it separates people from the truth, and thus, from a good life. Studying philosophy today means studying the historical mistakes of human thoughts.

However, the studies of philosophy and sciences have brought more objectivity to society which reduced the alienation. It also brought democracy which took power from absolute authorities and gave a better life to the people. By learning from mistakes, we understand today that the privileged authorities were the main problem in the history of humankind because privileges are evil.

So, does it mean that democracy has taken power from authorities and now we have the best lives possible? No! The powerful people have never abandoned an idea to rule the world. They accepted democracy mostly because they learned that many of those who tried to rule the world lost their lives. Instead, the influential people have cleverly decided to control the world secretly with the wealth they built for centuries. This is the origin of the conspiracy we live in today.

The rich own all influential media in the western world and only release information they benefit from. The so-called independent media which pledge for donations to survive cannot be independent of big donators who help them. The rich pay people to promote their interest even by chatting on social media. Then one may guess how many independent media really exist. Politicians can hardly get to power without support from the rich so that politicians obey to them. In the same way, the rich managed to control organizations and sciences. By corrupting people the rich impose their will everywhere. The people have choices only if they are acceptable to the rich. Today the rich have more power than the greatest emperors in the history of humankind, but they hide their power, so people are not aware of it.

Support of Karl Marx by the rich is an excellent example of a very successful conspiracy which has prevented the development of society for a hundred years, and it is still hidden from people. Marx called for a socialist revolution to replace capitalism so why would the rich support him? Because the conspirators intended Marxism for uncooperative countries only. Vladimir Ilyich Lenin was supported by the rich, and Rosa Luxembourg was killed. Therefore, the socialist revolution in Russia was successful, and it has never happened in Germany. The rich people are masters of deception and crime.

Furthermore, Marxism has been supported by the rich because they knew that Marx’s socialism could not replace capitalism. Also, Marxists help capitalism by refusing to support non-Marxist left ideas which might replace capitalism. Paradoxically, the rich deceive Marxists into helping them. This deception is presented in my article: Marx still prevents the progress of society.

The conspiracy has developed enormously. The rich control the western world and want to conquer the rest of it. Only the rich people could have profited from the aggression on Yugoslavia, Afghanistan, Iraq, Libya, Syria, Ukraine, and Venezuela. If the rich have attacked these countries openly, then they would be called criminal aggressors. Through the conspiracy, nobody can connect the rich people with responsibilities for the crimes they commit. We are witnessing the greatest deception ever created which hides the evils of the rich and increases their power.

On the way of searching for truth, I have analyzed the world and noticed that we have lived in authoritarian systems from ever. By using an inductive method, I have noticed that the more authoritarian the society was, the people lived worse, and the more equal rights people had, the better society was. Through history, we have indeed streamed towards equal human rights and made an improvement in society.

By the implementation of equal human rights, people will get much more political power than the rich people could have. I have called this power democratic anarchy. Each person shall get equal right to evaluate other people. A positive evaluation shall bring a small award to the assessed person, and a negative evaluation shall bring a little punishment. After the implementation of it, everyone will try to produce the highest possible conveniences to other people and to reduce making any inconvenience. This measure alone will create a good society. Governments, media, and everyone would have to follow the interests of the people and not of the rich anymore; otherwise, people will strongly punish them.

Equal human rights will take power from the rich people. Even if the rich become owners of the entire economy of the world, people will have a predominant influence on income distribution. They will achieve it directly by determining the length of daily work hours. The shorter work hours are, the more demand for workers will grow, the more employers will pay them per hour. Life will tell people what work hours will bring them the highest salaries. I wrote more about it in the article: Let’s remove unemployment.

These straightforward measures will make capitalism a decent social system very soon after the implementation. Then comes the final stage of equal human rights where each person will have the same right to work at every public workplace at any time. The best productivity offer for any public job will get the right to work. This economy gives more market of work than capitalism can afford. The market of labour will determine the work productivities, responsibilities, and values. This is a complex task. To explain it I had to write the book Humanism.

The book defines a new social system in which presidents and people, bosses and workers, teachers and students, will all have equal rights. Only this should be called socialism. No economy could be better than the one where the best workers get every public job so that socialism will send capitalism down in history. Socialism will also bring balance to society and harmony among the people.

My work is confirmed even in the animal world. The stronger animal often eats a weaker one, while equal power animals respect and do not attack each other. They live in relative harmony. The same or better will happen to people.

The history of humankind was based on authoritarian thoughts. I skipped the mistakes of previous philosophers through the process of disalienation. People who visit my web sites www.sarovic.com and www.sarovic.org may easily see that I propose a significant improvement to humankind. Since we live in a horrible society, my ideas should be examined, but new ideas cannot influence society if they are not supported by the rich who control everything. They have prevented my work. I have worked hard to bypass them trying to convince people that my philosophy is right but was not successful in it.

When I approach Christians presenting them controversies in the Bible and the truth coming from my work, they do not like it. The same result comes out when I confront my philosophy with Marxism, capitalism, democracy, anarchy, sciences or other ideologies. Most of the followers of these ideologies avoid the discussions with me because they are upset by the truth. It tells them their knowledge is not accurate enough. They like their beliefs more than the truth. Some people tried to confront me in discussions but had to run away from my arguments. I challenge the readers here to find any flaw in the above-linked articles. So far nobody was able to do it. This tells me I’m right and gives me the strength to continue my work.

The rich did not try to kill me because they do not consider me a threat. They believe their conspiracy will prevent my work. And they were right so far. But anyway, in the case I become successful in fighting the conspiracy and in changing the world, I think that I have protected myself from being killed by accusing Jacob Rothschild of doing it. I rely my life on that.

People raised under the control of authorities generally do not believe in equal human rights or even worse, they do not like it. They love having power over people which is completely opposite from a good life. A good life is a result of natural needs coming from cooperation among equal people. By refusing equality people prevent their good future.

Many people love my work, but the social system I have proposed is so different from all models imposed by authorities that people cannot see if the result would be as positive as I claim. The conspiracy has permanently distracted people from the truth, and this makes the acceptance of my philosophy difficult. Also, most of the people are afraid for their future in a capitalist society and do not want to increase the fear by confronting the cause of it. All of these make it very hard for me to engage people deeper into my work.

It is me alone without access to media pushing a new philosophy which will make this world a beautiful place to live, against established ideologies around the world which cannot change anything but are well supported by authorities and media. The acceptance of my philosophy and building a bright future of humankind will require time. Time for truth.

This post was previously published on www.sarovic.org and is republished here with permission from the author.
—
Photo credit: Istockphoto.com

My name is Aleksandar Sarovic. I am an architect, computer programmer, and philosopher who worked on how to create a good society for 37 years. I have concluded that equal human rights will unconditionally do it. The results of my work are presented at my web sites www.sarovic.com and www.sarovic.org. They clearly present how to build a good society.