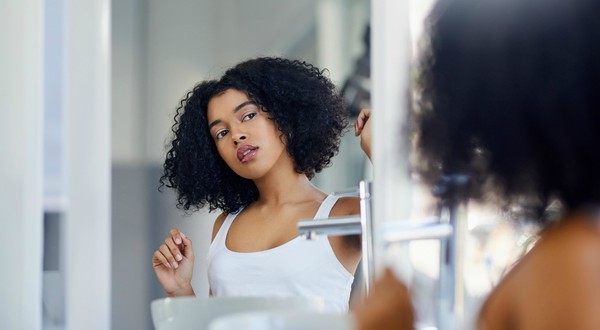 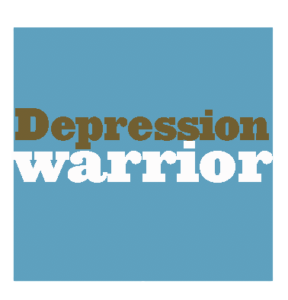 We’re going to do something a little different today. Let’s try a little experiment. 🙂

These are some of the words others have used to describe me. Notice if there’s anything these six words have in common:

Now here are six words I have often used to describe myself over the years. Do you see a pattern?

Yeah, the difference is pretty glaring, isn’t it? For the most part, others have used positive words or phrases to describe me. I, however, have not.

No matter where we stand on its usefulness, you and I judge people (including ourselves) every day. So does everyone else.

The trouble comes when we attach meaning and weight to the labels others give us or that we give ourselves.

For instance, let’s say you grew up in a not-so-happy home. You got called an “idiot” more than once. And while something that’s reinforced by others doesn’t have to become a part of our psyches, it often does.

During our youth and young adulthood, our minds are still growing and we are still seeking our identities; so, when we are bombarded with constant insults, abuse, unspoken-but-well-understood rules, and other kinds of pressure, it’s natural to soak that in and think we must deserve it.

Same for grown-ups, really. Most of us are still learning about ourselves and trying to figure out exactly where we fit in this world. Ever heard of a mid-life crisis? Life is a constant state of becoming, isn’t it?

I consider myself lucky. I didn’t grow up in a family where negative remarks and abuse were the norm, so I didn’t hear that kind of crap. Yet, somehow, my brain learned to attack itself.

What’s up with that?

In fact, an ex once – and only once – called me an idiot for misunderstanding something he’d said.

Well. Let me tell you.

As soon as we got in the car and got going, I laid into him like I’ve never laid into anyone before or since. I was, quite literally, screaming at him on the way to the dentist.

I don’t think I have ever felt so enraged or attacked in my entire life.

Yeah, he got the message alright! *chuckles*

It never happened again. 🙂 And, as you can see, I have never forgotten it. (Just for the record, he was a really nice guy; otherwise, I wouldn’t have married him. This incident was not normal in our relationship.)

But that’s because I was a grown-up. Well, a semi-grown-up, anyway (I was in my 20’s). Not having been exposed to blatant insults from people I loved before that, I was dumbfounded. I was like, “I can’t believe he just said that! I don’t think anyone’s ever called me that before…”

I had never attached the label “idiot” to myself. It held no truth for me.

So I was able to defend myself – and put him in his place. There are other, more mature ways to get a point across, sure, but I honestly could not control myself. I. Was. Livid.

I imagine that if, as a kid, I was repeatedly called an idiot or stupid or a moron or what have you, I would soak that shit up and it would become part of my identity. I’ve always been one of those “highly-sensitive people” you hear about (which is both a blessing and a curse, IMO). I also soak up approval like there’s not enough to go around.

Knowing this about myself, I’m quite sure I would have assigned all the accompanying stereotypes of a person who is labeled an “idiot” to my identity, as well: A failure, not good enough, never going to amount to anything, I may as well not even try, etc.

I’m hard enough on myself to allow others into my head like that. I can’t afford it.

JUDGMENTS ARE NOT FACTS

As you may have noticed in the very beginning of this post, all the words people use to describe me (and that I have used to describe myself) are subjective. One man’s trash is another man’s treasure, right?

Judgments may be real, but they aren’t necessarily true. This follows along with another thing I like to say, “Don’t believe everything you think.”

Someone very close to me is the Queen of Judgment. She busies herself with reading stories about celebrities, politicians, etc. or gossiping with her friends and immediately judges the target. “Oh, she is a nasty person!” or “I can’t believe he did that to her!” (The stories she reads definitely do not come from a reliable source. Neither does the gossip.)

What I’d like to know is, what good does this do?

The only thing judgment does is keep people in their place. If enough people think I’m funny, for instance, I must be funny. And I’ll probably think of myself that way.

That may seem harmless, but the flip-side is also true:

If enough people think they’re better than me, then they must be.

I’ll internalize that and believe it to be true after a while. My brain will be trained to hear it, process it, believe it, and “act as if”.

But you know what? My brain is a dangerous place to be sometimes. It’s a bad neighborhood, and there are times when I shouldn’t go in there alone.

See what I’m saying? It’s all subjective. There is no real, universal truth to me being funny or being “less than”. Some people will agree with your opinion of me, and some won’t.

That’s what judgments are: opinions. Usually made without all the facts, too. As my wife is fond of saying,

“You’re entitled to your own opinions, but not your own facts.”

Who are we to judge people, anyway? Who am I?

IS THERE AN UP-SIDE TO JUDGING?

Is there an up-side to judging?

Sure there is. It keeps people in line; it keeps the status quo going.

And what good does that do, you ask?

It allows me to believe I’m better than you.

It allows you to think you suck, which, in turn, keeps others feeling self-righteous and better than you.

It allows crooked and uninformed police officers to keep pulling over people who aren’t doing anything wrong or to escalate a minor problem into a major meltdown.

It keeps the people in power, in power.

This is not a political post, I’m just saying that some people like the status quo. Those would typically be people who have authority over others, for whatever reason.

Judgment and labels are how we know “where we stand” as human beings. We’re either trouble-makers and riff-raff (yes, I just said riff-raff) or we’re good little boys and girls who follow the rules and don’t rock the boat.

We’re either destined to fulfill our potential or we’re going to be in and out of jail and prison all our lives.

Any way you slice it, judging people keeps them (or puts them) in their place.

ON THE OTHER HAND…

Judgments are not truth.

That’s right, I said it. When I say to myself, “God, Laura, you just suck!” my heart and my head know it’s not the truth. But I’ve told myself that for so long, it has turned into a belief. I’m getting a little better about it, but it’s tough. It’s a hard habit to break because it has become ingrained in my brain.

In other words, I have made it true.

I wonder what would happen if we were all a lot nicer to ourselves? Instead of judging ourselves to be “not worth it”, we could say “I am, too, worth it!” Or instead of saying “I can’t,” say “I can.”

Those things, too, would become our truths. Instead of telling myself, “I’m not really that good a photographer,” thus never pursuing it as a serious hobby and potentially changing the course of my life, I could tell myself “You know what? Yes, I am! I’m going to do something with this talent I have!”

Can you see the difference? Can you feel it?

Facts are, and always will be, facts. (Unless proven otherwise, beyond the shadow of a doubt. “Alternate facts” don’t actually exist; they are falsifications. Okay, yes, that bit was political!)

It is up to each of us to keep our minds open, to be the kind of people who are good, kind, and fair. You didn’t see me judging the homeless panhandler I passed yesterday before giving him a few bucks, did you? I don’t know his circumstances any more than he knows mine.

Was he “gaming the system”? Is he really just fine and doesn’t want to work because he’s lazy, as so many people believe?

I don’t know. I’ve been snowed before, and it’ll happen again. But I doubt it. Why would anyone put themselves in that position if they didn’t have to?

At any rate, I gave him enough bucks for a Meal Deal at McDonald’s if he’s hungry, or maybe now he has enough money for a pack of smokes, I don’t know. I don’t care, either. Why not?

Because I try really hard not to judge people.

I don’t know his truth. He doesn’t know mine. But we’re all human beings, and I believe that we should give each other the benefit of the doubt. If we did that, maybe more things would be fair in this world.

This post was previously published on www.depressionwarrior.com and is republished here with permission from the author.
—
Photo credit: istockphoto.com