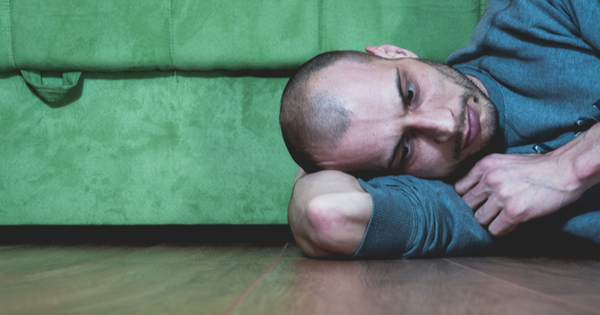 It’s something the slowly creeps up on you when you’re unaware. Unless you’re intuitive and understand when to look out for the triggers, some of us walk through life comfortably numb. I like that phrase, “comfortably numb” because it’s the best descriptor I could think of for depression. It tricks you into thinking that you don’t have it for most of the time. Or at least that was what it was like for me.

For most of my life, I didn’t think I was depressed. I was diagnosed with mental illness in a time when it wasn’t fully recognized. I’ve talked ample times about when I was unemployed and the guy at the bar told me to, “get a fucking job.” It wasn’t his fault of course; he came from a time where people just got on with it. And jobs were far easier to come by – in his mind the world wasn’t changing, he was still living in a time when people just sucked life up and got on with it. He was still in that zone.

It was very frustrating back then. People didn’t understand in the slightest and any sort of empathy was hard to come by. I remember having a conversation with a taxi driver about schizophrenia. He thought I had multiple personality disorder and was calling it schizophrenia. I said, “no, you’re thinking of MPD that’s something completely different.” There was not a lot of information available in those days.

But that didn’t mean my friends and family didn’t try to understand — and boy, did they try an understand. If it weren’t for them, I have no idea where I would be in life; not here anyway. Friends can be like that. Tolerant and understanding, and again, boy, were they tolerant! Sometimes I could have been a lot better to them.

There’s a big disconnect between understanding and trying to understand. The number of times I’ve been told to get over myself, get a job, and stop being so sad is more times than I have hot dinners. It’s very frustrating when people have said this to me because that’s actually what I’ve always wanted from life. To be happy, have a family, and some comfortable money. Just getting over myself is probably what I would have done if I could only know how to do it.

I do not suffer from depression now, or mental illness. But I look back to those days and have an understanding for those experiencing them now. I can see why the popular thought would be to “get over yourself”. I can see how people sabotage themselves at every turn and don’t even realize what they’re doing. I see it all because I’ve been through it.

I’d never say “get over yourself”, that’s just silly. Because I understand the worthlessness; the getting up every day and thinking to yourself, “Why do I even bother? I should just kill myself. No-one will even care.” It’s deep helplessness and an overwhelming feeling of worthlessness. Going from there to “I’m fine now” is a long journey.

Stop telling people just to be happy if you’re one of those people. It’s not your fault, of course, I understand why you say this, but it’s not helpful.

When you tell someone to be happy when all their mind does is whisper to them that it’s probably not worth it to even try? That they’ll never be happy?  That bed is more comfortable, and it would be even easier if they didn’t wake up the next day?

You aren’t helping.  Believe me, because I’ve been there. The whole I’m useless and I don’t have a place in this world is very insidious.

But if you DO want to help, then all I can say is just be there. No need to do anything — just be a friend and be there. Because with any type of mental illness the only person that can help is themselves.

But it’s definitely not as easy as just cheering up — there’s a lifetime of choices, possibly finding the right doctors, therapist, medications, etc to unwind before we could even get to that point.

For me, it was all about belonging. I had never felt like that I “belonged” to anything. Our family unit was messed up; my parents divorced when I was 5. My mum’s partner died when I was 13 who was sort of like another dad to me. My best friend dumped me after I left high school; and I had learned from a very young age that people that get close to me eventually go away. I just needed a group of people to stick with me.

People ask why I’m so loyal to my friends — and that’s because I don’t like leaving people behind.

And so life began to get better for me when I found people that were interested in me for me, and not what they could get out of me.

When I had connection, I didn’t feel the need to make myself numb anymore. And through connection I felt validation — I am worthy. And through working on those founding principles I was then able to cheer up and rock life, but only at the point when the groundwork had been covered. When I had laid out a path for myself and had a basic understanding of where I was headed, and where I was coming from. Not before. Not just “cheering up”

I eventually married a lovely woman, and she’s proved to me that she’ll be sticking with me through thick and thin; sickness, ill health, near bankruptcy — you name it, we’ve been through it, and we’re stronger than we’ve ever been.

People have different values in life. All I wanted was a nice family and a good job. That I mattered to someone, anyone. That was it, nothing else.

My depression lifted when I started working towards those goals and could see a goal in sight.

So, when you say, “cheer up mate” think about what you’re saying. Perhaps just sitting beside them in a quiet moment of understanding is better for all!