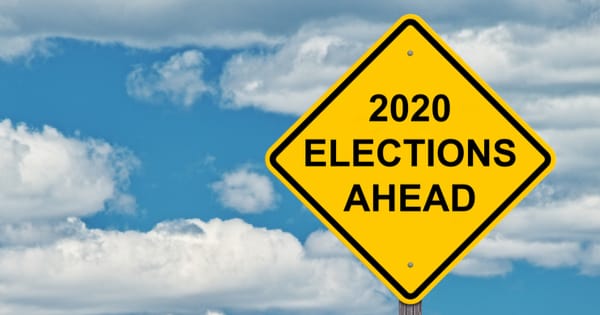 This time of year I’m never sure if a Year in Review or a Coming Attractions post is appropriate. Last year was kind of rough, and next year could be awful, so maybe I will combine them into one rambling, boring, unreadable pile of silt.

2020 is an election year. Which is both good and bad.  Like the new year itself, there is enormous potential, and things look as if they could be rosy, but then we might find out things don’t change much.

Of course, Trump changed the way things seem, I’m not sure he really changed anything. It always seems like he is screwing up something or the other, but how much is just people who despise him playing counterpoint to those who adore him. Those who are singing the praises of all his accomplishments and achievements. It might just all be the grist from the mill.

What has he accomplished, really? Tax cuts for the wealthy, but that’s nothing new. It is almost a presidential imperative. Get elected, hand out the cash to the wealthy, shake a few hands, sign a few executive orders and move on. He has managed to undo 75 years of dogged statesmanship and diplomacy, I guess you have to give him credit for that.

In all reality, I’m not sure things have changed, much, except the headlines. Processes improve, deteriorate and are reborn, packaged with new initials and the show starts again. And we eat it up. Left and right crash in a carefully choreographed confrontation. “The end of democracy in America.” Gnashing of teeth, rending of garments, almost biblical in scope. The greatest show on Earth, and we get to select that cast.

It has become government on a loop, only the names change. Oh, sure there are some cosmetic things, but even the Affordable Care Act was only a small step. And it was a huge step by comparison to the absolute deadlock that paralyzes the capitol. But, you just knew someone would come along and screw it up. Here was a chance to do something really good, make a difference, even save a few lives, and a few bankruptcies, and they just couldn’t leave it alone. Oh, well, “take a step in one direction, and turn around and take a step the other way.”[1]

It is a common ground sort of stall, both sides lock into an ideological stand. Lock in violently, and they dance around the cameras and notebooks and recorders proclaiming sadness and sorrow over their inability to do anything. They make noises like remorse, if only they could do something, anything, but they are frustrated at every turn. You can see the anguish, the pain, worthy of an Oscar. It almost makes you want to reach out and hold them, the suffering they’ve seen.

One promising sign is the unusual number of retiring republican members of congress. Lemmings into the sea, or maybe more appropriately rats jumping from the sinking ship. Twenty six Republicans from the house already. I’m not sure what to read into this startling statistic, considering the lockstep dance they have managed to maintain behind the President, but it seems promising. Is this a sudden attack of morals and conscious? If it is is there any hope that can be gathered from this exodus? Only time will tell.

Another good omen is the number of democrats promoting truly revolutionary, liberal ideas. Medicare for all, raising the minimum wage, free tuition to state colleges, and other long-overdue reforms. They are gathering a lot of support at the ground level where it really means something. But, you can’t help worry that the Democratic Party will take this opportunity to screw it up, with super delegates with it’s own brand of “insider trading,” and some new Wasserman Shultz like zealot will be convinced the only way to win will be to pick the moderate, “someone electable.” And we saw that movie already, and I didn’t care for the ending.

So, the new year brings a lot of hope, a lot of possibility, and a lot of potential. I am excited to be here. And, I am thrilled to rid of 2019, may it Rest In Peace, it was miserable.

But, to lead you have to be willing to listen and learn, we have forgotten how to do that. So, go out, listen to what the candidates are saying, read their speeches, visit their websites, find out where they really stand, find someone you believe in, tell others what you have found, and vote.

And remember what Jerry Garcia said, “the problem with choosing the lesser evil is you’re stilling choosing evil.”

END_OF_DOCUMENT_TOKEN_TO_BE_REPLACED

Facebook7Tweet3PinEmailShares10
wpDiscuz
Share this ArticleLike this article? Email it to a friend!
Email sent!