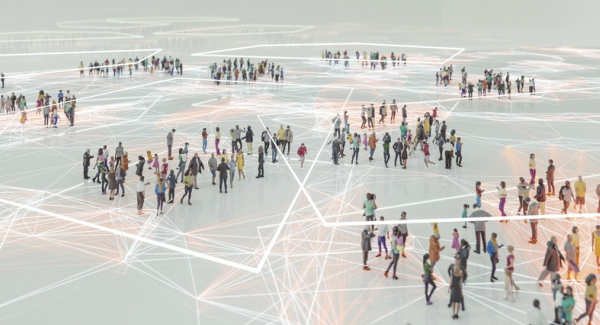 When two sides remain in battle for long, they co-evolve. This is seen in the natural world in everything from the toughening of grasses vs strengthening of herbivore teeth and stomachs to the changing shape of flowers and bird beaks or insect proboscis.

In the man-made world we see co-evolution in too many pair situations to count. Here are a few such “games,” each operating on the health of the players in a different way:

Where there is a change that makes an environment suddenly “safer,” people can move toward behavior that would have formerly been risky. This effect — the Peltzman Effect — is said to partially equalize the benefits people receive from greater safety. When personal safety is increased, people take more risks.

But put another way, I think this effect helps us see how much people value safety over other benefits. It is not illogical to choose behaviors that are less safe.

Traffic accidents cause a significant number of injuries. These injuries have been falling for decades in the US, an improvement that is not at all the case in many other parts of the world. In general, though, the US has chosen to lower traffic injuries by regulation and technology. Speed limits, driver licensing, education, required seat belts, anti-lock brakes, airbags, crash zones in car bodies, traffic signs, highway dividers, road conditions, road maintenance, all contribute to safety.

Setting aside safety changes in automobiles, the trend in US traffic pattern design has been to lower uncertainty in order to improve conditions. That has meant enforcing rules (even through technology that doesn’t require in-person police stops), adding street signs, traffic lights, and regulating speed. In general, this means trying to decrease the deviation from theoretical expected behavior caused by individual decisions that each driver makes. If there is no stop sign, what happens if someone speeds through the intersection without looking? What happens if a pedestrian crosses in the middle of the block? In theory an accident. But in practice, why would anyone (apart from the worst drivers) speed through a well-designed intersection or fail to notice a pedestrian?

Uncertainty On The Road

There have been a few natural experiments in the past century where drivers in less certain environments caused fewer accidents. Here are a few of them.

The most famous one is when Sweden switched from left to right-hand drive on a single day in 1967. Högertrafikomläggningen (“right-hand traffic diversion”), also known as Dagen H, was preceded by a marketing campaign explaining how the transition would happen, installing new road signs, and preemptively changing the angle of headlights on new cars. The one-day switch was apparently responsible for a decrease in overall accidents over the next 18 months. This was perhaps partially expected given that 90% of cars driven in Sweden at the time were left-hand drive before the change. So perhaps the pre-switch accident rate was accordingly inflated before the side of road change. But it’s an interesting result.

A year later Iceland also switched from left to right-hand drive and saw a similar decrease in accidents.

I can’t find good information about post-switch accident increase or decrease in Czechoslovakia or Okinawa, although the switch that Samoa made to drive on the left, in 2009, is also reported to have had decreased accidents.

On the other extreme, for a time during China’s Cultural Revolution the conventional meaning of traffic lights was reversed. That is, red (communism) meant go and green (capitalism) meant stop. As expected, that led to chaos. As far as I could find, there was no large-scale education in advance of the green-stop red-go change. Also, traffic lights are poor ways of communicating. Cars are either approaching them with the intention of driving through or approaching them with the intention of stopping. The purpose for the traffic lights soon went back to their original meanings. (Time to stop at red and contemplate dialectical materialism.)

So should we introduce more theoretical uncertainty into our roads? Changing the side of the road cars drive along is not something to attempt more than once, even for the purpose of safety. But we can introduce uncertainty in other ways. After a point, people don’t benefit from additional road signs. The best signs are the natural ones.

This brings us to the designs by traffic engineer Hans Monderman.

“Monderman’s work demonstrated that city and village streets become safer when they are stripped of traffic controls so that drivers must take cues from observing people rather than signs. Though it sounds chaotic, the results of Shared Space have shown to be just the opposite: traffic moves slower and the rate of major accidents declines drastically.”

Monderman’s intention was not to try to convince drivers that everything was already thought out perfectly. Instead, the intention of the street design was to draw the drivers into their environment. That requires them to look at what other drivers and pedestrians do. Safety improves when drivers expect to look to cars and people elsewhere in their driving environment, rather than rely heavily on signs.

Similarly, relying on physical barriers that partially prevent accidents also has an impact on driver behavior. The middle of the road barriers placed on the Golden Gate Bridge led to speeding, for example.

The Peltzman Effect in automobile safety has been criticized. The criticism includes everything from his choice of data to the way he ran his regressions.

But one confusion about the Peltzman Effect is magnitude. Does the riskier behavior that safety features enable or encourage outweigh the safety benefits? If there is a difference in inputs (the way the drivers behave in their safer cars) even though the outputs don’t change (no rise in accidents) then something is happening.

And who loses from the riskier behavior? If the loser is not the risk-taker — that is, not the driver, now protected by seat belts and airbags, but the pedestrian, rolled over in the street — then the risk can be shifted from one group to another.

A way to better evaluate the Peltzman Effect is to look at driving in more extreme conditions: NASCAR.

NASCAR follows a long set of rules but includes speeds (and proximity to other cars) beyond that of street driving. What would happen to driver behavior when additional safety equipment is added to their cars?

One addition was the HANS (Head And Neck Support device) that was made mandatory in 2001. While the HANS minimizes the sudden movement of a driver’s head in an accident, it also makes pit stops for maintenance reliant on radio contact rather than observing their environment (from “Rubbin’ Is Racin“‘: Evidence of the Peltzman Effect from NASCAR). NASCAR head restraints seem to increase drivers’ risk-taking, with some outcomes affecting the pit crews (in a crash) more than the drivers.

Conclusion: know who wins or loses (driver, pedestrian, pit crew) when there is an accident. The Peltzman Effect might be partially mitigated by safety tech. If this were a game, is it a single move or multiple move game? Have the riskier players (drivers) already removed themselves from playing the game (crashed and no longer doing damage) or do they survive at higher rates to do more damage later?

This post was previously published on Unintendedconsequenc.es and is republished here with permission from the author.