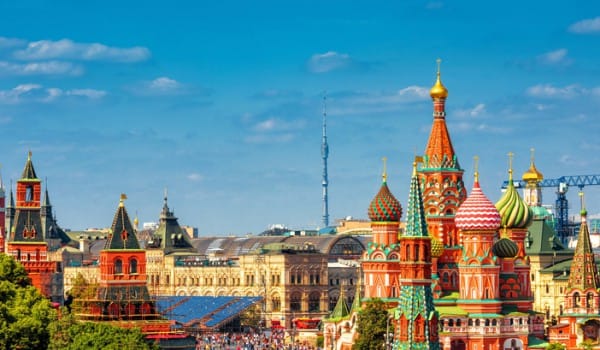 When it became obvious to everyone not working for the Republican Party that Russian President Vladimir Putin had to have authorized significant exertions to steal the 2016 election for Donald Trump, there was not a lot of discussion about why. It was obvious.

Putin had for years been engaged in a bitter personal feud with Hillary Clinton with roots from Putin’s obsession with the Orange Revolution that shook Ukraine in 2004–2005. From Putin’s perspective, the CIA had been behind democracy rearing its ugly head so close to Russia and Clinton’s tenure as Secretary of State involved one provocation after another later attempting to bring down pro-Russian politicians in Ukraine.

I express no opinion about the CIA and the Orange Revolution, but it would be no great surprise. Clinton’s — to coin a phrase — -meddling in Ukrainian politics to the detriment of both Russia and Paul Manifort is a fact, but some of us would applaud U.S. support for anti-Russian parties, particularly after the government that employed Manafort was found to have been stealing Ukraine blind.

For a decade of work as a political consultant in Ukraine, Manafort had raked in some $60 million from President Viktor Yanukovych’s pro-Russian kleptocracy. There’s no denying that a substantial part of the Ukrainian electorate is legitimately pro-Russian, but corruption knows little ideology.

Manafort was out of a job when Yanukovych fled to Moscow a few steps ahead of the 2014 revolution. Yanukovych, who had first been noticed in the U.S. when his electoral opponent was poisoned, was tried in absentia for high treason. Manafort decamped to his home country and volunteered to manage Donald Trump’s campaign at a bargain price. In spite of being tens of millions in debt to some very dangerous Ukrainians, Manafort went to work for free. Apparently, Trump did not question Manafort’s motives.

Cynic that I am, I think the first proof of Manafort’s motives came during the Republican convention, when a platform plank that had been a robust support for Ukrainian democracy disappeared in favor of a pro-Russian plank that to this day nobody claims. Manafort is currently a resident in the Club Fed awaiting a presidential pardon, without which he is unlikely to breathe free again after, in addition to his assorted felonies, lying to at least one of his judges, the government’s lawyers, and apparently his own lawyers.

It’s unlikely that the Republican Party platform was decisive for Mr. Putin. He knows well enough that American political parties only have platforms to give their members toys to play with in election years.

No doubt Clinton was already on Putin’s wrong side when she arranged that star-crossed photo op in March of 2009 with Russian Foreign Minister Sergey Lavrov. She famously presented Lavrov with a big red button that was supposed to say perezagruzka (reset) but actually said peregruzka (overload). Oops.

Still and all, the Obama administration had good relations with Russia under President Dmitry Medvedev. Russia got on board with sanctions against Iran. Since an Iranian nuclear weapon would not be a great thing for Russia either, that could be minimized, except that Russia and China are always heavy diplomatic lifts when seeking to discourage conduct of autocratic governments. A clearer victory was Russia’s permission for U.S. military aircraft to cross Russian air space bound for Afghanistan. Another START treaty became thinkable.

When Vladimir Putin returned to the Russian presidency in 2012, however, the little red reset button turned into a big orange pumpkin. I exaggerate only a little. From the time the Russian plutocrats sucked up the assets of the former Soviet Union, Russia has had robust propaganda machines at work in the former Soviet republics, particularly in the ones on Russia’s borders.

Since the Orange Revolution nonviolently overturned the results of a fairly stolen election, orange has been the color of evil to the pro-Russian parties, and evil is still called fascism among the people who lost so much fighting Hitler.

The Obama administration and its representative, Hillary Clinton, threw in with the Ukrainians still believing orange represents democracy. That makes Clinton a Russia-hating fascist. Her election as POTUS would be very bad for Russia and Russia’s lap dogs.

Putin’s dislike for Clinton explains a tactic, but Trump was an unlikely vehicle for an electoral victory. Even Trump thought his triumph unlikely. So look at this in strategic terms. What does Putin want?

This is only the opinion of an old guy from flyover country, but I never thought the Cold War was about Communism v. capitalism. The Russian revolution and subsequent events were so far outside of Marx’s vision, a new term was invented, Marxism-Leninism. Laissez-faire capitalism was never a fair description of the United States, but if it had been the New Deal put an end to it.

No, the war was between an imperfect practice of democracy and autocracy that waxed and waned with the ruthlessness of the autocrat. Vladimir Putin is a very ruthless autocrat who considers the demise of the Soviet Union to be a tragedy brought on by spineless toadies. He is willing to use the skills of a KGB agent and the wealth of a kleptocrat to rescue the world from rule by the unfit.

In the quest he has taken on, his primary adversaries are the United States and the European Union. His method is driving wedges into real differences among Americans and among Europeans. Had Trump lost the election, the flying squads of troll bots unleashed from Moscow would still have made the U.S. just a little bit less governable as more people were taught to hate each other.

Russia used similar tactics on the election over Brexit. The EU is much weaker without the UK and the UK is paying an economic price for leaving.

Putin has little to lose and much to gain from his investment in Trump. His tactics fit cleanly behind the shield of the First Amendment, something he considers emblematic of American weakness. Any consequences would be well within the range of what he could handle, but there have been none — unless you count the sanctions imposed by Obama and quickly reversed by Trump.

Putin now controls one branch of the U.S. government. How else explain how Trump ran out of the chute threatening the NATO treaty when he plainly understood neither the funding mechanism for NATO nor the history of it? Now Bloomberg Opinion offers that Trump is about to threaten a unilateral trade war with France in the hope of opening another rift in the EU.

In the meantime, every EU member nation has a party that is populist or racist or both and seeks to promote national interests over those of that horrible bureaucracy in Brussels.

Back on the U.S. side of the pond, Trump’s love of groundless conspiracy theories has claimed a new victim in the person of a career diplomat, Masha Yovanovitch, formerly our Ambassador to Ukraine.

Ukrainian Prosecutor General Yuriy Lutsenko gave an interview in March in which he alleged that Yovanovich had at their first meeting given him a list of persons she did not want prosecuted. Just a month later, Lutsenko changed his story to claim that he had asked her for such a list. He remains unclear whether he got it and, if so, who was on it.

Whatever the truth of the matter, Lutsenko has been rendered a lame duck by the Ukrainian elections. His original charge, however, has achieved lift-off in the right wing echo chamber and made converts to the conspiracy of Rudy Giuliani, Laura Ingraham, and the shadow secretary of state, Sean Hannity. The persons on the do-not-prosecute list, you see, could prove that Ukrainian politicians meddled in the 2016 elections on behalf of Hillary Clinton.

The diplomatic corps in Moscow claims that an odd noise has been heard lately echoing in the stately halls of the Kremlin. The cause is speculated to be Vladimir Putin rolling on the floor laughing.