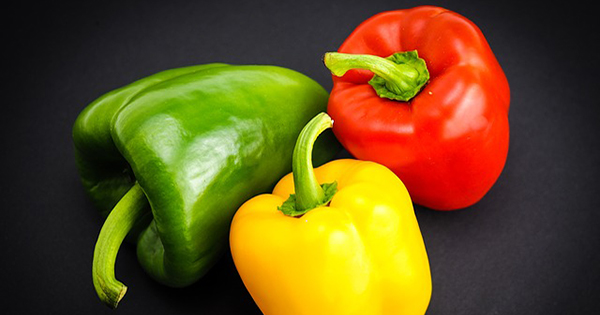 My father was probably in the basement, tinkering with one of his endless projects. Nothing he did was ever finished. He jumped from one project to another, partially repairing old transistor radios, walkie-talkies, and the other odd spoils of his yard sale acquisitions.

Whatever he was doing, he was no doubt doing it intensely, throwing all of his will into the project. And once his urge to crack open the plastic shells of electronics was sufficiently frustrated for another day, he’d climb the steps out of his cluttered subterranean lair and start slaughtering the peppers. I wondered what recipe was the next to be violated by the green chunks.

No wonder I dreaded the chipped-paint concrete of the front steps. They’d just take me into the presence of my father’s restlessness, disapproval, and the smell of the peppers.

So I kept standing outside, sweat staining my t-shirt and making it cling to my stomach and love handles. If my father saw me, I had no doubt he would scowl and shake his head. That would be followed by a lecture punctuated by his thick Italian accent. He usually started with a reminder that my “problems” were caused by the fact that I didn’t have enough street smarts. Instead, I was cursed with the less practical “book smarts.”

“You need to get out, make friends,” he said. “You got to stop with the books.”

Books. They were my downfall according to my father, who was a self-styled real-world “Italian Stallion” who never got tired of reminding people Rocky Balboa was “fake.” To my dad, the books I read were filled with what he considered nonsense of no value, especially when compared to what he saw as the harsh realities of the world. To him, books kept me from pursuing more manly endeavors, such as learning to work on car engines and studying the many deficiencies of people who didn’t have “roots in The Boot.”

My voracious reading habit was one of the things I shared with my mother, in addition to a level of empathy bordering on self-sacrifice. This affinity with her was not a strength in the eyes of my father. Introversion and timidity were fine for a wife, but not a male offspring.

The cloud above me moved on and unleashed the sun’s fury again. My brain was wrapped in a heated blanket as I slogged through my bleak mental landscape until the heavy rumble of a jet taking off from Philadelphia International snapped me out of my self-pity. I looked up, shielding my eyes as I watched the plane lumber overhead. Then I realized my father might glance outside at any moment, grumbling in the same breath about local flight patterns and a chubby, disappointing son.

I closed my eyes, drew in a deep breath of steam heat and held it, and felt my heart beat against my filled lungs. I took a moment to focus on the streamers of sweat trickling down my skin. I opened my eyes, looked down, and considered the dry green-and-brown grass of my front yard.

I decided it was time to disappear into the depths of my neighborhood and try to enjoy the few hours left before dinner. Glancing up at the towers of Philly, I walked quickly across the brittle lawn and headed down the street. The distant shouts of other kids and the barking of dogs guided me away.

The nearby city was as mysterious to me as Oz was to Dorothy. It would be years before I found my way to places like Penn’s Landing and South Street. Years before I’d peruse the curiosities of stores like the glorified headshop called Imagine, looking for the clothes and the music and the slogans that were supposed to express my generation.

Little did I know that Philadelphia would indeed become a sort of Emerald City for me: a place for outcasts such as myself to mingle with kindred souls, hoping to find someone to grant just one of the many earnest wishes of an overweight and sensitive young man.