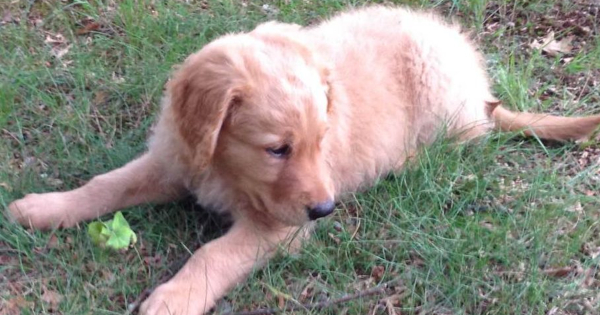 Growing up, if you played any sort of game with my friends and I, you needed to keep your eyes open. I often kept an extra stash of monopoly money in my sock for when funds starting running low. When Chris leaned across a Risk board to make a move, “paratroopers” would often fall from his sleeve to reinforce weaker positions. If you didn’t bring your own pack of cards to Jeff’s house, you might as well just leave your money at the door. When we played, we played to win.

The wooden horse of the battle of Troy, the Persian’s secret path at Thermopylae, Operation Fortitude misdirecting the Axis forces from Normandy, Boise State’s Statue of Liberty play to end the 2007 Fiesta Bowl. History is filled with battles won not by skill and strength but with guile and cunning.

Add to these victories The War of The Pets, a battle that I had thought won until falling victim to some dirty pool, a desperation move that I had no answer for.

My wife told the kids that we could get a puppy. They just needed to get me to agree.

I had thought my own flanking maneuver of a few years ago had ended this battle. Not realizing how relatively inexpensive they are, I’d driven over an hour in answer to a “free bunny” ad. Bearing no resemblance to the cute little thing I’d envisioned, I still believed this enormous rabbit would fill our family’s pet needs. I had a bunny in my early twenties and remembered him being very low maintenance, easily litter box trained.

As easy as they are to care for, bunnies really aren’t very interactive. It’s amusing to watch him jump around the house, but he isn’t much of a cuddler. After the initial novelty wore off, I found myself increasingly alone in caretaker duties.

The teenager briefly entered the fray, making the bold tactical decision to bring a kitten home while the wife and I were out of town. This strategy worked about as well as Colonel Custer’s at Little Big Horn.

I put up a good fight. I know all of the ways that this dog will benefit the kids. The teaching of responsibility and encouragement of care of nurturing. Studies have shown that children with pets have higher self esteem, improved social skills, and are more likely to be physically active. The therapeutic and emotional benefits from being around animals are well documented.

He’s also going to be a lot of work. At a time when the five year old is growing more and more self sufficient, a new, hairier baby has entered the household. Another needy, whiny little beast crying out for food and attention.

The irony is that I had spent the past week debating the merits of purchasing a guinea pig, another small, cageable animal that might be more receptive to being held than the jackass jackrabbit. I debated, but ultimately I waited too long. I fell before a decisive strike.

I debated, and now I have myself a dog to take care of.

“The worst calamities that befall an army arise from hesitation” – Sun Tzu, The Art of War.