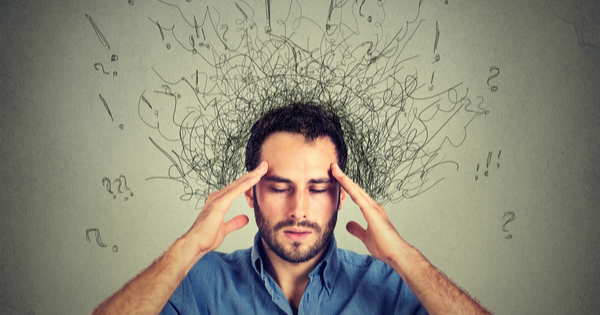 Sobriety isn’t always easy, and it doesn’t solve all of your problems. In contrast, sobriety often emotionally amplifies your problems as you’re suddenly forced to confront them.

When I stopped using drugs to suppress my emotional pain, I had to start the long process of learning how to manage life without substances to help me. It’s a process that I’m still just barely beginning and one that will last for the rest of my life if I’m lucky.

The alternative to not facing this discomfort is a life that I already know all too well. Quitting drugs is the easy part. Becoming someone who no longer has use for them is the hard part.

I previously spent a decade avoiding emotional discomfort in my life, never having actually experienced my own pain, anxiety or loneliness. The temporary relief of drugs would eventually catch up to me.

It’s like using a rope to tow a heavy rolling truck behind you. Sooner or later you will come to a stop sign but the truck will keep moving and run you over with its momentum. The longer you keep it in tow, the faster it rolls, making the crash only more horrific when it eventually happens.

Addiction to drugs and alcohol often coincides with an addiction to control–at least it does for me. I think all of us want to control our environment and relationships to some degree. We naturally want to promote happiness and avoid pain.

No longer being able to suppress my emotions with drugs and alcohol, I found myself turning to control. Even after being in recovery for a couple of years, I’m afraid of feeling certain things.

When I feel vulnerable and emotionally unprotected, I have a strong impulse to take action and do something to control the situation. This usually manifests in negative and damaging behaviors. I will completely destroy relationships and situations instead of sitting and feeling tough emotions.

When I feel most afraid, I use manipulation and intimidation, or passive-aggressive behavior like withdrawing or acting helpless. This behavior parallels to my drug use. I will burn down everything in my path in order to avoid feeling emotional pain or facing trauma.

The reality is that my controlling behaviors only amplify the feelings and situations I seek to avoid.

If you cannot reasonably hope for a favorable extrication, do not plunge deeper. Have the courage to make a full stop.

When I’m afraid or insecure, I will want to take out the shovel and keep digging the hole deeper. Instead of taking a step back and thinking rationally, my fear and ego want me to dig until I hit the bedrock, bringing everything and everyone within arms-reach down the hole with me.

Thinking makes it so

Nothing is either good or bad, but thinking makes it so.

I’ve often found myself in heated arguments inside my mind. The people are real, but the conversations never happened outside of my head.

These conversations sometimes happen between other people in my life, and I’m not even present—outside of being the one completely constructing the situation with my imagination. The conversations are not real–probably–but my insecurities are. What’s also very real is my desire to control these situations.

The issue with having imaginary arguments in my head is that I allow them to affect my real emotions. I’m trying to control people and situations so I torture myself but running through theoretical circumstances and outcomes.

It turns out that the anger and insecurity felt from fake scenarios feels just as bad as the emotions from real ones. In the past, I used drugs to control my emotions, to dampen them. Today when I struggle to control my own emotions, I try to control others around me.

What I’m working on is realizing that it’s my own thinking that’s causing me to get upset. Nothing else, imaginary or real, should have the power to control my emotions other than myself.

The best thing we can do as people in recovery from addiction, or control, is to work on our own emotional independence. Doing so is the difference between building healthy relationships instead of taking emotional hostages.
—

Facebook48TweetPin1Email1Shares50
wpDiscuz
Share this ArticleLike this article? Email it to a friend!
Email sent!