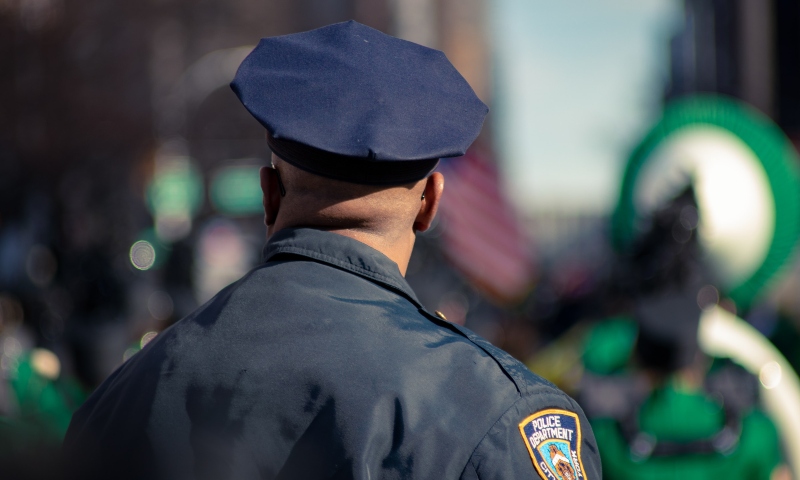 Part of the problem is that the public often has a very hazy picture of what the police actually do, and what the risks of crime or harm actually are. This isn’t the fault of the public — we’re constantly fed a stream of inaccurate information regarding the police and crime, both from news media and entertainment. But it makes it extremely difficult to talk about policy when the picture is so distorted.

The problems within our current criminal justice system cover a wide range of topics. Realistically, change would only occur incrementally. It would be important to make changes that wouldn’t compromise existing public safety, but it is crucial that we make changes in order to protect current communities that are not being served and/or are at risk from the criminal justice system itself.

I got a helpful comment on a previous article that suggested going into more detail about specific, practical actions, and so I wanted to do that here. Real-world steps would vary by police department, so this is an example of what could be done at the police department that I worked at for six years, for a city of ~300,000 and a sworn force of ~700 officers.

The police department has a fixed number of budgeted staff positions for their officers. Typically, due to retirements, resignations, firings, etc., they operate at about 90% capacity of these positions. About once a year, the city hires 20–30 new police recruits to maintain their staffing levels.

The first thing the police department should do is cancel the next recruit class, reduce the number of budgeted staff positions for officers by 20–30, and transfer those positions to a non-sworn capacity.

In order to police effectively, departments need to have information about the problems they’re being called to address, the work that’s being done by their employees, and the outcomes of their actions. This information doesn’t appear out of nowhere — it has to be generated through accurate data collection and analysis.

The first 20–30 new non-sworn employees should be analysts, database experts, and program evaluators.

The next time that a police recruit class is scheduled, the same process should occur. The budgeted staff positions for officers should be moved to non-sworn positions. These new non-sworn employees should be trained as specialists in a few different groups. These would include traffic safety, report taking, and social work (including drug rehabilitation, child counseling, and domestic abuse work).

One aspect of policing that not everyone might be aware of is that the police spend very little of their time responding to serious violent crime. In other words, the times that they need to be armed are few and far between. We do not need heavily armed police officers to take a report of a car break-in. It is a huge waste of resources. We do not need heavily armed police officers for traffic enforcement. It creates dangerous situations for both the citizen and the officer.

In some instances, an armed police officer is not the best option, but they might be necessary. In the case of an active domestic abuse situation, it can be critical to have a government employee on-hand who can use force or the threat of force. However, in these situations, the armed officer should not be at the forefront of the police response. A social worker with extensive training on de-escalation is more likely to facilitate a peaceful solution. A traditional police officer can assist if need be, but again, they should not be the primary person that answers the call.

During the pandemic, my former department tried to limit the number of officer-citizen interactions as much as possible, in order to help decrease the spread of the coronavirus. To that end, they directed many more people to our Telephone Reporting Unit, who take police reports over the phone. This allowed people to report crimes without any face-to-face interaction required. It is faster, cheaper, and more convenient for the public.

This may seem like it wouldn’t be as effective at addressing crime, but it’s important to keep in mind that much of policing is reactive. Most crimes don’t get solved — they simply get reported. (Actually, most crime doesn’t even get reported.) So there is no need for an officer to respond in person. Again, it’s a waste of resources.

A critical component to this idea is all those analysts we hired a few paragraphs ago. Analysts can sift through the hundreds of thousands of calls that come in over the course of a year to determine which ones require an armed government response and which ones can be handled by civilian specialists.

Continue to pare down the number of sworn officer positions through attrition, replacing them with non-sworn employees, until an effective balance is reached. Analysts can identify the true number of armed agents that the city needs to police effectively. Unfortunately, this number will never be zero. Hostage situations, active shooters, and high-risk arrest warrants will still take place. But we currently employ armed agents much more frequently than is necessary, creating dangerous situations where none existed. Not only that, but our training of officers is completely inadequate to handle the range of situations that they currently face. Specialization would fix that.

This process would result in huge cost savings for the department. Even if non-sworn employees were paid comparable salaries to the sworn employees, the amount of equipment would be drastically reduced. Departments spend large amounts of money on firearms, handcuffs, police cars, rifles, shotguns, pepper spray, tasers, body cameras, body armor, ammunition, etc.

All of the budget saved on these expenditures can go straight to housing, education, food security, public transportation, drug rehab, and other services that directly help people in need.

What I’ve described here affects primarily call-taking officers, but this is only about 70% of the sworn officers in the department. It doesn’t include detectives (investigations, vice/narcotics), training officers, or officers in administrative duties, such as resource management and internal affairs. Almost all admin roles do not need a sworn officer, and, in fact, would probably be much better staffed with civilians. Maintaining all the resources that a police department has is a huge, complicated job, and it should have a specialist fulfilling that role. Currently, officers are shuffled around between assignments frequently, and someone has to relearn the process once every few years. Short version: there are many areas within the police department that could transition from sworn officers to civilians.

This article focused on specific actions that could be taken immediately by police departments. These actions would reduce the range of calls that police officers responded to, and it would allow for more individuals with specialized training to respond to appropriate calls. This in turn would result in safer interactions between the government and the public, increasing safety for everyone involved (including officers).

The process described here should be considered overall as a first-step to improving public safety. Departments should continue to look at crime prevention (or harm reducing) strategies that may not entail police presence. If a city can have a bigger impact on increasing public safety by providing housing as opposed to hiring employees, it should provide housing. Cities need to do the work to identify the best strategies for their own city, and then implement them. It sounds kind of stupidly simple, but this is just not happening right now.

Another critical component of policing that this article did not touch on is police culture itself. This is an extremely important problem that needs to be addressed, but is a somewhat separate issue. Toxic police culture is one of the reasons we need to defund the police, and even as we draw down police response to calls, there are still many police-citizen interactions that would take place.

As I was working on this article, I saw the news releases about the release of body-camera footage of the killing of Adam Toledo, a 13 year old boy who was shot by police in Chicago. A few days ago, it was Daunte Wright. And almost exactly 20 years ago in my hometown of Cincinnati, a young man named Timothy Thomas was shot and killed by police, sparking riots.

These killings are horrific, made more so by the fact that they were absolutely not conducted for the purpose of public safety. The incidents that led up to Toledo, Wright, and Thomas encountering the police did not in any way warrant violence at the hands of the state. These killings don’t make us safer. They make us more at risk; they make everyone more at risk, civilian and officer alike.

And so for many people, the steps to defund the police that I’ve described here are simply not enough. To be perfectly honest, I don’t disagree. What I’ve written here is a heavy, heavy compromise. Some people might look at it and think that it’s a radical liberal idea that is so extreme that it should never be done in a million years. Trust me, it isn’t liberal. It’s a conservative approach to addressing problems of violence and crime. It’s cost-effective, it allows officers to leave departments on their own terms, and it improves public safety outcomes. What it does NOT do is punish police departments for the problems they have created. It does not immediately take away the risk that some communities face at the hands of the police. It only reduces it, relatively slowly.

If someone looks at this and says that it’s unfair, because it doesn’t hold police accountable for their past sins… I can’t argue with that. They’re right. All I can say is that I think this is the most realistic path for a positive change.

One more step that I’ll mention here? Change the name. The word “police” has become associated with trauma for many people in this country. Whether you feel the same way or not, it is an impediment to the goals of public safety to use the term. As citizens, we also need to change our mindset. We need to change our entire mentality around “the police” and what they do. It’s not about car chases and shootouts. It’s about keeping people safe. We should not have Police Departments. We should have Public Safety Departments. And that should be their number one goal.