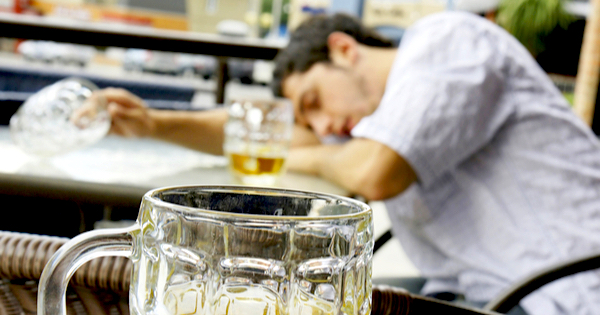 The night I became a fraternity member started with a blindfold and being thrown around the back seat of a car. Two brothers sat in the front, as we sped up to what felt like ninety miles an hour. The driver shook the steering wheel, slamming another pledge and me against the car doors. The feeling was intense—a fit of rage, while trapped in blindness. My heart pounded and I felt somehow separated from the environment around me. With veins popping, I surrendered to powerlessness, with no choice but to put trust in the hands of strangers.

When I was a freshman in college, over nine years ago, I chose to join a fraternity. Like many others who choose to join what is called “Greek life,” I was looking to meet new people. I felt stagnant and believed there was more I could be getting out of college. I played club tennis, and had a steady group of friends, but I wanted to expand my university experience.

I had known that hazing was a reality within fraternities. At fraternity recruitment, I directly asked brothers about the pledging process—a semester during which those who are new essentially prove themselves worthy of permanent admission. They assured me there was no hazing involved. I decided to become a pledge.

It soon became clear I had been lied to.

Fraternities (which are limited to men) and sororities (for women) have been on college campuses for centuries, and many are deeply rooted in tradition. They tend to value strict adherence to what is and what has always been. There are many positive aspects of joining a fraternity—community service is a major one—but I recognize that the negatives dominate public perception.

Many politicians were in fraternities and sororities and maintain social networks rooted in their college experiences. Many Greek organizations also cost a great deal of money, making them tailored for the privileged class. So they promote job prospects after college. But above all, many do create tight bonds and lifelong friendships.

The night of the car ride, we were brought to an undisclosed location. All the pledges were there—about thirteen of us—and we were lined up, each with hands on the shoulders of another pledge. At first, all I could hear was a roaring waterfall in the background. Our formal ties still wrapped around our eyes, we marched. The brothers joked and laughed. It was comedy to them, a game. “Somebody is going swinging tonight!” In other words, they were trying to fool us into thinking we were going to be pushed into the falls, and it was very cold out.

Then brothers started screaming directly in our faces. “Take your pants off, pledge!” one said. I remember standing there frozen, shocked by what was happening. I heard a clink as the pledge next to me started removing his belt. After much further screaming, we were brought back to campus and initiated as new pledges of the fraternity.

For my fellow pledges and me, hazing events had actually continued throughout the months leading up to initiation. One night, in an incident I didn’t witness but learned about the next day, drunk brothers forced pledges to do wall sits and recite fraternity knowledge as brothers threw beer bottles at them.

We also heard about an individual from a previous pledge class who had fallen down many flights of stairs in the campus soccer stadium while being forced to run up and down in the middle of the night. The ambulance was called; he was ultimately okay. But the organization had intentionally kept the information from the police. The brother present got a “harsh” penalty of not being able to attend parties for a few months, and the situation disappeared into thin air.

Every fraternity approaches it differently, but mine had publicly claimed it “eliminated hazing” years before I joined. What that really meant is they were careful not to list extreme events on an open schedule. And so, some brothers simply took it upon themselves to haze pledges outside of programed activities.

To my knowledge, ours were less serious than some we have seen on the news in recent years—which have sadly included death. But a culture of disrespect that permeates many fraternities remained. (It should be noted that sororities are called out for hazing too.)

Still, I was determined to become a member. But during this time, I became what many would call a revolutionary. It began when I made the radical, rebellious choice to say that hazing your peers is bad. I met with various brothers, as well as chapter leaders, to express my distaste about what was going on.

Some brothers listened to my concerns; many more outright rejected them.

Thinking back, I’m amazed I was ever allowed to become an initiated member. After raising red flags about hazing, many of the brothers had apparently sought to have me cut from the pledge program. But I had a few close mentors on the inside who made it clear I could not be removed for standing up against hazing. Though facing much backlash, at least some members saw potential in me.

After initiation, I continued to witness blatant abuses. Meanwhile, I became known in the entire chapter as “the anti-hazing guy.” I had support from certain classmates, but we were largely the minority. To some, what I did was not only brave, but heroic. To more, I was a traitor, someone who turned his back on his peers.

I was insulted and harassed on social media. Brothers slandered my character, diminished my efforts to end hazing, choosing to throw their own “brother” under the bus. Chapter leaders sent horrifying emails about me to other fraternity members, demonizing my efforts to raise awareness about the issue. I was accused of being uneducated, and told that I was going about solving the issue in an incorrect manner. Even grown adults, professionals who had already graduated, tried to intimidate me into staying silent.

During my senior year, I joined a round-table discussion about hazing on Al Jazeera America. After a major hazing scandal on campus that had occurred in another Greek organization, I addressed the issue on social media. At that point, a campus speaker I had been in contact with had referred me to HazingPrevention.org, a lead organization in the anti-hazing efforts that seeks to empower students to speak out. They in turn connected me with the television station.

Two weeks after it aired, I received an email from the fraternity’s national office—which oversees member chapters in colleges across the country. They were submitting my name for expulsion. I was to go through an extensive process of addressing the national leadership, and pleading my case for why I should remain a brother.

I actually thought it was a joke at first. The email had come on April Fools Day. When I inquired and realized the threat was real, I was shocked. I could not believe that the national office of an international fraternity with thousands of total members would care so much that one brother had called out hazing. Their reasons were questionable. They accused me of not paying dues. They argued that I had an “inaccurate title” under my name when I appeared on television. I was told I violated the organization’s “media policy.”

Even many of my past mentors turned their backs on me. It felt like I stood alone.

Few cared enough to help, and most brothers sided against me. I did also have people in my corner, including members of the chapter. At this point, the issue was beyond toxic on campus. I cannot say for certain if any brothers came out publicly for me, but many still were close with me. That alone is a form of standing up. Hazingprevention.org eventually intervened and challenged the illogical nature of the fraternity’s punishment. Only then did the national office rescind their expulsion efforts.

People often ask me … If I was experiencing hazing and didn’t like it, why did I choose to stay instead of dropping out? And do I regret joining? The truth is, I still saw potential in fraternities. I continue to now. Many do many great things. For one thing, a great many fraternities and sororities make intentional efforts to give back to communities. At UConn, I led a group of brothers in a dance marathon that raised over $8,000 for the Connecticut Children’s Medical Center. We had a record number of members sign up to participate. This event, which took place at many colleges, altogether raised over $300,000 that year. This was largely due to the efforts of the Greek system.

That and similar experiences highlight the positive aspects of Greek life. Unfortunately, it is often when challenged about hazing that fraternities most vigorously hold out things like community service to justify how great they are, as if one balances out the other. To me, it is morally reprehensible to use these experiences as a means to justify illegal behavior. Imagine how much stronger fraternities would be if they eliminated hazing and focused only on the good.

I’ve never stopped believing that torturing classmates to prove loyalty to a social group is wrong. Despite everything that happened, I go to bed at night comfortable with the decisions I made in college. I look back and am proud that I stood against an abusive system while so many stayed silent—even if I faced consequences for doing so.

I believe it is our responsibility as people to ensure that we look out for each other.

That might mean addressing police brutality, income and wealth inequality, sexual assault, and the vast array of human rights abuses that have commanded public attention these past many years. It can also mean sounding the alarm when fraternities frighten and brutalize their members under the guise of brotherhood.
____

Contribute your own story to The Good Men Project. Submit here.

Colin Schlank is a self-built author who has a passion for the written word. He writes a great deal about human rights issues pertaining to hazing, corruption, and education. Colin believes that writing is the most effective way to inspire change and empower others to speak out. Visit https://www.gazified.com/ or on Twitter: @colinandrew101 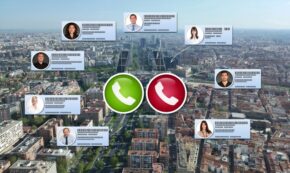 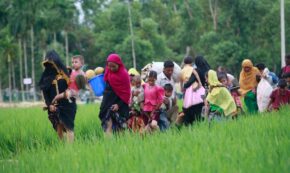 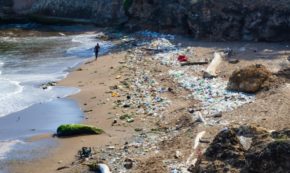 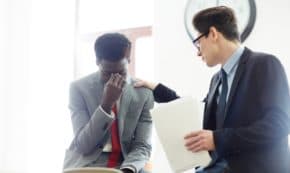