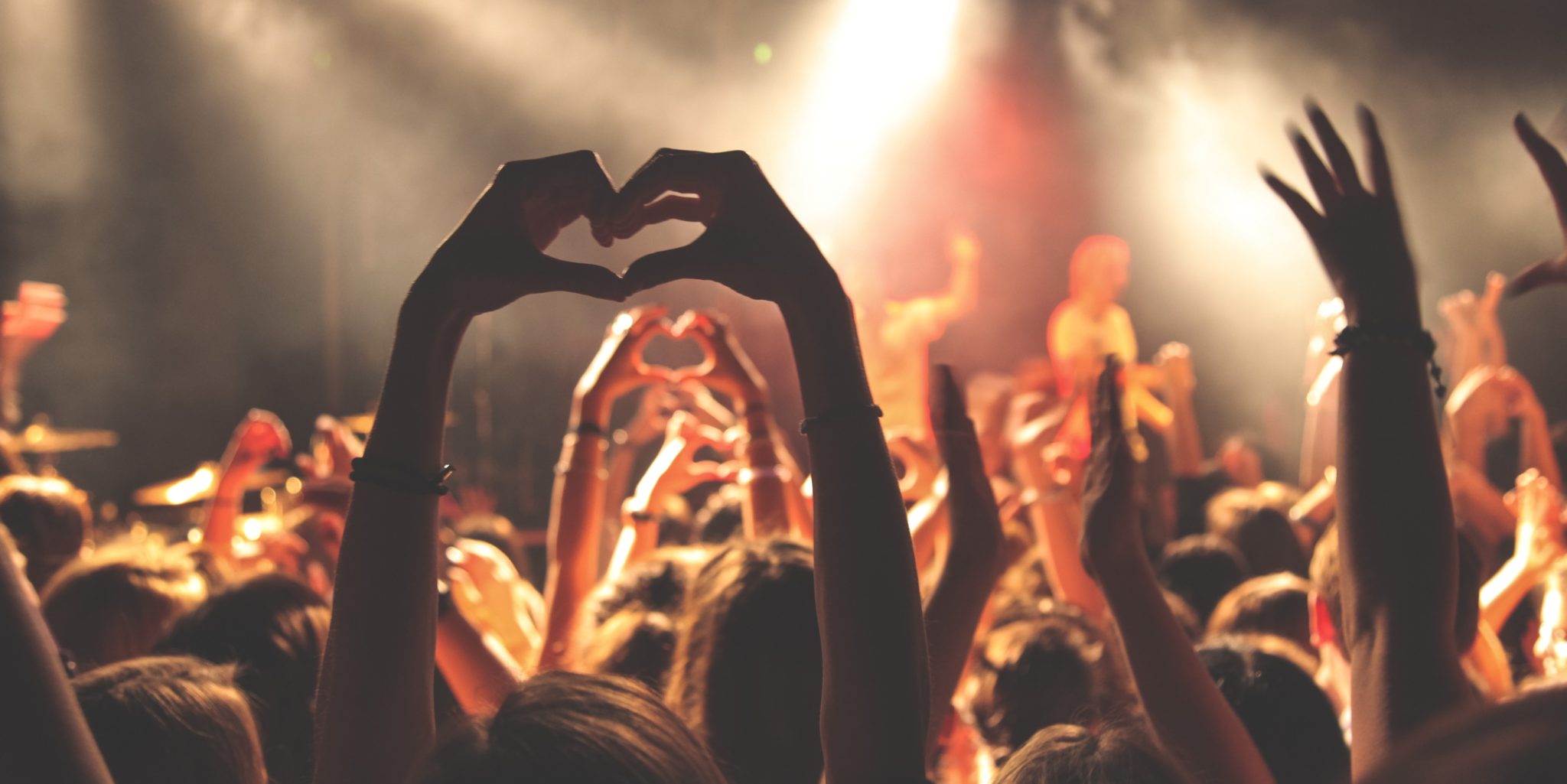 I recently went home for my 40th high school reunion. Since my days in the beautiful mountains of Brigham City, Utah, I’ve traveled to fifty-seven countries and experienced many cultures. For thirty five of the past forty years, I’ve lived near Times Square—the dynamic, ever-pounding heartbeat of New York City. And yet, my small town was still holding the key to a corner of my happiness. I went back to retrace my roots, give back and rectify that.

In the 1970’s, when I left, being gay was still associated with disease and pedophilia. Even major national news outlets reinforced this idea. Deep down, I always knew I was gay. But according to my Mormon community and its religious dogma—to say nothing of the rest of the world—that meant I was destined for “Scary Mormon Hell” (as later described by South Park writers).

When I was outed my senior year in high school, after falling madly in love with a man, I denied it at first. But everyone knew. Even so, I pulled the closet doors tight around me—despite my true nature continuing to burst at the seams.

It would take five years and three thousand miles before I was able to fully own my truth and start living authentically.

Not long ago, I ran into a bout of depression. I decided to see a therapist, who helped me trace my unease back to shame deeply rooted in my formative years. So, I decided to hit it head on by doing the internal work. Part of that meant going home—to heal my past, forgive, and play full out. To say This is me! unabashedly.

I know I’m not alone in the struggles I experienced growing up. Since we are all one, I wanted to further heal myself by doing my best to also promote healing among my former classmates.

I didn’t know what to expect, but I knew I had to do it. Although Salt Lake City, the capital of Utah, now has the largest Pride Parade per capita in the U.S., my hometown sixty miles away has changed little. Brigham City is still small. The local printer does not have Wi-Fi. There is no Starbucks (coffee being against the Mormon “Word of Wisdom”). There are strictly prohibitive liquor laws.

The town is also still highly conservative. LGBTQ rights were hard won, with the county courthouse at first refusing to marry gays, even after federal law allowed it. The religious stronghold that condemns homosexuality by and large remains fierce.

I took on the responsibility of being co-organizer for our reunion, along with my grade school sweetheart Mary Pat. I was in charge of the entertainment, and she facilitated the first-ever open bar in the event’s venue. In third grade, Mary Pat and I had starred as the Prince and Princess in a school play auspiciously called In Fairy Land. And here we were again, ready to add to the evening’s entertainment.

For an opening number Mary Pat, a former ballerina and now rocket scientist, put on a tutu and pointe shoes. A trained ballet dancer and Broadway performer myself, I pulled on my old dance shoes and tights. Together, Mary Pat and I spun a ballet performance with a libretto based on a fantastical, truth-based story in which she wouldn’t hold my hand (truth), which in turn, made me gay (fantastical).

But that wasn’t all. I had members from my AntiGravity team with me that weekend. AntiGravity is a company I started over twenty-five years ago that, in short, offers whole-body fitness literally suspended in air. We also create acrobatic and aerial performances that have wowed audiences all over the world, including at President Obama’s inauguration.

I scaled our performance at the reunion accordingly, of course, but made sure it still had my personal touch—over-the-top while also telling a story and relaying a theme through movement and word. My team turned out brilliance flying through the air. We told the story of challenges faced in school and how as adults we can choose to leave them behind.

To round out the evening, there was a string quartet, a concert pianist, a 70’s dance party, a custom rap, an interactivity program, a prayer by the Dean at BYU, a memorabilia pavilion, and a lovely meal.

The recipe worked! For one, most people had not seen my work—certainly not up close. The ballet got a big belly laugh and helped people release any discomfort they felt. The inclusive prayer brought us all together. The song to the aerial duet was from the musical Wicked, with fitting lyrics that include:

… because I knew you, I have been changed for good.

The interactive survey, done with light sticks, helped us all see our commonality. And the memorabilia station and memorial wall prompted us to appreciate that we are still here and alive. Everyone got up to do the hustle and stayed dancing to our disco set. Meanwhile, the bar stayed super busy, which surely helped. I finished the evening with a cadence, that served as a coda; a Hamilton-style rap, with lyrics customized for our class.

I found that by owning up to my gayness among high school friends, I no longer had to hold onto the pain of hiding in the closet.

I got to forgive the friend who outed me and the society that shamed me. I got to experience the love that my classmates now hold for me, which, gratefully, I found was large. Society has evolved somewhat. For those still in the process of catching up, I gave them a chance to see that they too have a gay friend. A friend who lives by the original definition of the word of gay—showy, congenial and lighthearted. And someone who is also considerate, kind and thoughtful.

Although many classmates’ lives could hardly be more different than mine, our roots are the same. By acknowledging that truth, we could put judgment aside for one night, find commonality and celebrate our oneness. I brought them the gift of seeing the beauty inside themselves through a show.

My efforts were appreciated. I got to have many lovely moments with my classmates, both in preparation and throughout the night—life-affirming moments that showered me with loving kindness.

In addition to that amazing experience with so many from my past, I got an extra bonus from the universe for taking on this pilgrimage. My uncle, who has held me in gentle contempt all these years for leaving the church and being gay, took me to my childhood backyard for a walk. Among the trees that helped raise me, by the babbling brook that consoled me in my painfully confusing youth, he said words I never thought I’d hear from him.

My formerly homophobic uncle said he had evolved and now accepts diversity—in all its forms.

Hearing this caused a flood to fall from my eyes and completed a cellular healing I felt deep in my bones.

I returned home to New York—still a world away—feeling renewed and refreshed. I felt lighter, as if I no longer carried an extra burden around. I was grateful for the challenge and for the healing. I was overjoyed to have rekindled friendships and resolved misconceptions. And I reflected on something I try to remember and remind others:

In life, hidden in the forces that pull us down … is the energy to lift us up!

– Excerpted from the author’s forthcoming memoir.

Beautiful, evocative piece.
The most effective way to evolve or to enlighten ourselves or others is direct contact, conversation, sharing ourselves. Especially these days, editorial rarely changes polarized perspective; it takes pheromonal, communicative contact. We must share who we are.
We open up, they open up. (Well, we hope, anyway. “They” are less likely to open up without our effort being made; thus the onus rests on our courage to confront.)
Well done, Mr. Harrison.

END_OF_DOCUMENT_TOKEN_TO_BE_REPLACED

Facebook123Tweet3Pin1Email1Shares128
wpDiscuz
Share this ArticleLike this article? Email it to a friend!
Email sent!