Get Daily Email
Join/Login CLOSE
Home / Featured Content / What if You Can’t Do it Wrong? 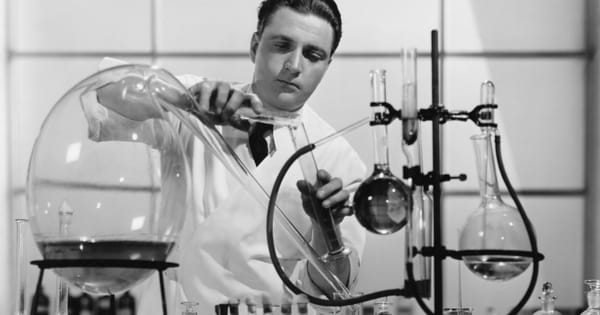 One day in class my yoga instructor was guiding us through a relaxation exercise and reassured us by saying “You can’t do it wrong.”

That set off a tiny bell in my head; it reminded me of the quote from Robert Schuller:

What would you attempt to do if you knew you could not fail?

A part of me just wanted to dismiss it because OF COURSE there are billions of things you can do “wrong”, including yoga poses.  But my mind kept returning to the idea that you can’t do it wrong.

Although the Schuller quote is wonderful, I think it is a little bit daunting as well; most people, even if they have a “can-do” attitude don’t necessarily have a “can’t-fail” one.  Because all of us are going to “fail” sometimes.  It’s an experience that we learn and grow from; it’s a natural, healthy part of life.

However, I do think our obsession with “right” versus “wrong” and “good” versus “bad” does not serve us as well.  The lapsed Catholic in me returns to these concepts more often than I care to admit.  But as I was recently reading a wonderful blog post by a man whose young son has utterly embraced the so-called “princess culture” (and he celebrated that wonderful and unique self-knowledge and self-confidence in his child), I couldn’t help but think of the many articles I have read vilifying parents for letting their daughters participate in it.

Of course, this precious boy is just being himself and we applaud that; I think we question our little girl princesses because we fear a diminishing, co-dependent gender norm may have been pushed on them.  But there’s a really good chance a lot of them are just being themselves too, don’t you think?  That’s when it hit me…the thing about being yourself?

YOU CAN’T DO IT WRONG.

I think this may come as news to some (most) of us.

For all the Democratic joy the free-market of capitalism provides, unfortunately there are a lot of industries that exist (and thrive) because we are convinced (or they have convinced us) that we ARE “doing it wrong” a lot of the time and need the help of services and products to help us get it “right”.  And now the dog chases its tail because OF COURSE if these services and products help you to feel better about yourself, you should employ them post haste.  But do so without guilt, because again, YOU CAN’T DO IT WRONG.

To return to the little boy “princess”…I think children actually have an intuitive sense of the fact that YOU CAN’T DO IT WRONG that we as adults fairly meticulously train them out of; I have a story I often tell on myself trying to do just that for the very first time.  I was still a teenager when my older sister had her son, and one day when he was a toddler we were coloring together.  I, of course, as the “grown up” was coloring “the right way”—inside the lines.  He, as I quickly informed him, was doing it the “wrong way”—essentially scribbling over the picture monochromatically.

As I patiently (in my mind) explained to him that he was “supposed” to use different colors and stay inside the clearly marked borders, he listened with a thoughtful expression.  I demonstrated good form and he watched curiously.  And then I handed him a crayon I thought would be nice for one of the elements in his picture.  He cooperatively took the crayon and proceeded to scribble all over the picture without compunction.

I got exasperated, as teenage girls are wont to do, and to express this in what I thought was a humorous way said, “How would you like a nice Hawaiian punch?”  His response was clear and reasonably stated:  “How would YOU like a nice Karate chop?”  In other words, he schooled his old Aunt in the basic truth that YOU CAN’T DO IT WRONG.

Of course it is our job as mentors to guide the children in our lives to metaphorically “color inside the lines”; we teach them to be polite and respectful and to eat healthfully (with good manners) and to get a good night’s sleep and to obey the law, to name a few of the many parameters.  But do we also sometimes inadvertently (or deliberately in some cases) teach them that who or how they are is wrong?  And I am not just talking about the kind of parent who would shame a son who wanted to dress like a princess.

I am part, anecdotally at least, of a whole generation of girls who were called “Sarah Bernhard” when we displayed sensitivity.  I know my own parents said it with humor and warmth (I can’t vouch for any of the other women who shared this experience) but it still hurt; it made me think that my emotions were inappropriate or “wrong” somehow.  Certainly, a lot of boys of my generation were taught that sharing their feelings was “unmanly”.

We as adults sometimes teach our children to suppress or deny aspects of themselves “for their own good”.  We don’t want to see them hurt or vulnerable or ill-prepared for the cruelty the world can fling about so casually.  But in doing so we risk squelching their true nature; we risk imprinting on them the belief that somehow they can fail to BE themselves.

So let’s amend the Schuller quote, not just as a guideline for those of us raising and guiding kids, but also for ourselves: would you attempt to be yourself if you knew you could not fail?  You literally cannot fail to be yourself; you are the world’s foremost expert on YOU.  So when it comes to being you, YOU CAN’T DO IT WRONG.

And give yourself permission to ignore anyone who tells you otherwise.  We don’t all have to LIKE each other, see?  That is an unattainable standard and not a prerequisite to being human.

But when we accept ourselves, a miraculous thing starts to happen…it gets easier and easier to accept other people, too.  When we begin to withdraw our judgments we start to catch a cool breeze that whispers maybe (just maybe) we can’t do life wrong, either.

What would you attempt to do if you believed that was the truth?