Get Daily Email
Join/Login CLOSE
Home / Featured Content / What is Classical Conditioning, and How Does it Impact Psychology 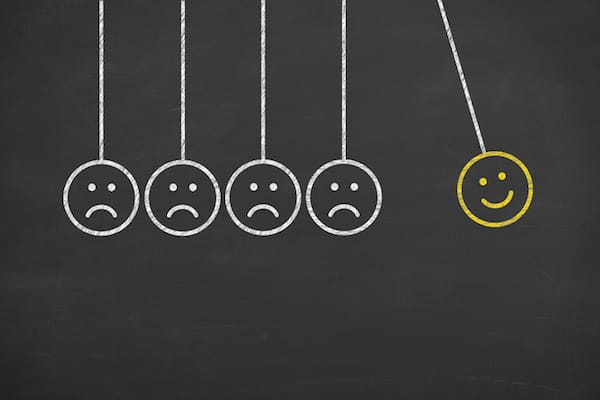 What is classical conditioning?

Classical conditioning is a type of learning where a conditioned stimulus is associated with a particular unconditioned stimulus to produce a response. The response is a behavior in reaction to the stimulus. The conditioned response is something that the participant learns. Ivan Pavlov, a renowned physiologist, did many experiments with animal and human behavior, and coined the term “classical conditioning.” He made the participants elicit a response in various studies. Pavlov had a famous study where he researched the behavior of dogs and how he could condition them to salivate upon hearing a sound. He would make a sound, and the dogs would respond by drooling. Even if there was no food involved, just by making the sound, the dogs associated the sound with the food, and so they began to salivate. He developed multiple experiments to prove his theory that classical conditioning could produce behavioral responses.

The conditioning is successful when the affiliation has been made between stimuli and a response that wasn’t affiliated, to begin with. In the case of Pavlov’s dogs, this was the bell and the salivation.

How our brain responds to conditioning

Think about how responses to stimuli occur in our brains. For example, when a dog sees food, several senses are involved, their vision and smell, that are sending information to their brains and different neural pathways that cause them to salivate. Our conditioning is displayed in a variety of ways. For example, if we have a bad experience every day at school, we’ll begin to affiliate school with bad experiences and might start to fear to go to school. We can also purposefully condition ourselves, which would relate to conditioned stimulus and conditioned responses rather than unconditioned stimulus and responses. An example of this is if we give ourselves a reward for completing a task. For example, if we allow ourselves to watch television after completing homework, we’ll start to look forward to finishing our homework because it means that we now get to watch the television show that we were looking forward to.

What have we learned about classical conditioning over the years?

After Pavlov’s famous experiment with dogs, there have been many more research studies conducted that show that classical conditioning works with humans. In the study of Little Albert, which was conducted by John B. Watson, a hammer would bang every time a boy interacted with a rat. The hammer taught him to be afraid of rats, whereas prior to the experiment, the young child was not at all afraid of animals. This experiment is one of the many pieces of proof which taught us that classical conditioning can be used on both animals and humans. With this knowledge, we’ve been able to make strides in the world of both psychology and education.

Learning about behavior in therapy

Human behavior is complex and multi-faceted. Sometimes, we don’t understand why we do the things that we do, or we want to change our behavior, which is why therapy can be so helpful. It’s essential to learn about yourself so that you can foster healthy relationships. A therapist can support you in understanding your behavior and make changes if needed. You can work with an online therapist or someone in your local area and work on your mental health.

Facebook36Tweet2PinEmailShares38
wpDiscuz
0
0
Would love your thoughts, please comment.x
()
x
| Reply
Share this ArticleLike this article? Email it to a friend!
Email sent!