Get Daily Email
Join/Login CLOSE
Home / Featured Content / ‘What Is Your Good Name?’ 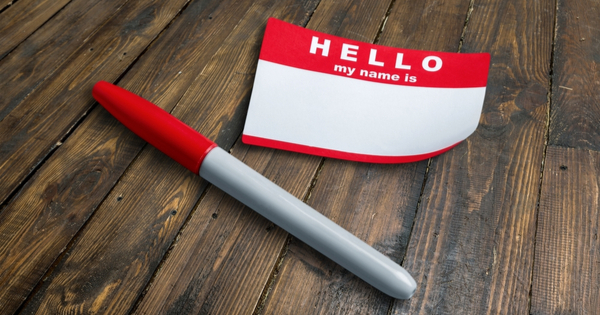 The first time I was asked this, it was by a nurse at the transsexual surgery centre in Delhi, India.

I assumed it had to do with me being transsexual. Something that the nurse would obviously know – me being there to check in for a sex change.

Most transsexuals are given a wrongly-sexed name at birth. So most of us (myself included) need to change it. I thought that “good name” was just a clever and endearing way to ask me what my preferred name was, even if I hadn’t had it legally changed. (Many transsexuals also have a bad name, our birth names. So “good name” actually makes sense!)

But this wasn’t the case.

It turns out that “What is your good name?” is just the way that native speakers of Hindi (and Urdu!) ask for your name. I looked it up later. In Hindi the word is “subh naam”, and it literally translates to “good name”. Apparently South Asian people often have multiple “names”, or honorifics placed in front of their names, such as a clan title. The “good name” is merely the first legal name of the person.

So, for the most case, in English it’s nonsense. People don’t have a “good” and a “bad” name.

But, as a trans person who did have a “bad” name, I quite like it. So let me take a little diversion here to talk about naming, the goods and the bads.

Names are important. Especially in as much as they’re gendered. Unless you’re lucky enough to have a truly gender-neutral name, like Taylor, your name is often the first thing that’ll tell people to expect either a woman or a man. (Even if you’ve got a name that can be made gender-neutral, like Danny/Danni, you’ll often have a gendered full name, Daniel or Daniela.)

Growing up with a name that absolutely was NOT gender-neutral, I hated it. Because, obviously, it wasn’t my “good name”. And it thrust me, over and over, into a box that wouldn’t fit.

Apparently I hated the name since I was three or four. According to my parents. I came up with bizarre new names for myself, like “Grass”. I used the nickname – which, though it was as gender-specific as the original, I somehow found more tolerable. More tolerable, but not enough. I got to the point where a lot of my hatred (which everyone thought was self-hatred) was directed toward this figure called [male nickname]. I wished I weren’t [male nickname]. I despised [male nickname].

So with that history of a “bad” name, I’m amazed when I meet transsexuals who HAVEN’T felt this need to run from the birth identity in which the world saw them. An example – I think – is my trans friend Jessica, who goes by “Jess”. Now I don’t know this, but I imagine that “Jess” was also a male name. I’m amazed that she’s okay with being referred to by something that’s, at best, somewhat ambiguous!

Changing the name, I’ve always felt, is a major step in the life of a trans person, toward discarding our birth identity and becoming the person that we need the world to see us as. And maybe the reason that others are okay with keeping their names. Maybe they weren’t as tortured by their birth (mis)identities as I was.

For me, I NEEDED that change.

And I went to ridiculous lengths to get it. It involved my father flying some legal papers out with him to the Philippines, for me to sign when he met me. I signed them for the last time ever with that hated male name, and he flew back with them to California and submitted them to the court.

After which I got a new driver’s license, social security card, passport, and all my diplomas, all using my “good name”. All in a matter of weeks. It was crazy, but in the best way – so that, by the time I had my sex change, all of my documents said “Jane”.

It still somewhat baffles me why a transsexual person WOULDN’T want this!