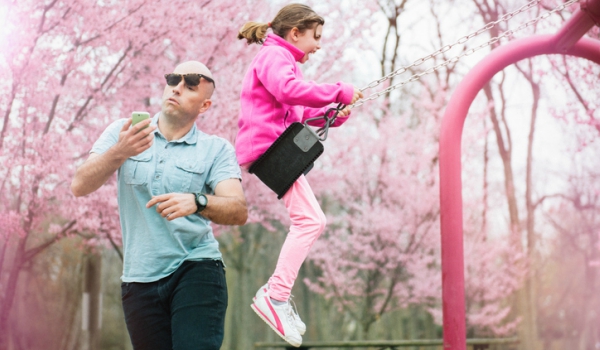 If the fool would persist in his folly, he would become wise.

Most people who want to eliminate their bad habits try to do so by directly suppressing them — just forcing themselves to stop. Often they find that simply doesn’t work. In his novel Women in Love, D.H. Lawrence gives a truly remarkable description of the opposite technique:

“A very great doctor taught me”, [Hermione] said, addressing Ursula and Gerald vaguely. “He told me for instance, that to cure oneself of a bad habit, one should force oneself to do it when one would not do it — make oneself do it — and then the habit would disappear.”

“How do you mean?” said Gerald.

“Yes. And in so many things, I have made myself well. I was a very queer and nervous girl. And by learning to use my will, simply by using my will, I made myself right.” — Women in Love, 1920

A similar method for breaking bad habits was developed in the 1920s by Knight Dunlap, Professor of Experimental Psychology at Johns Hopkins University and president of the American Psychological Association (APA). Dunlap’s method, known as “negative practice”, was described in his all but forgotten Habits: Their Making and Unmaking (1932). Dunlap was, without question, a man far ahead of his time in the field of psychotherapy, whose ideas in some ways anticipated modern cognitive-behavioral therapy (CBT).

We normally assume, of course, that “practice makes perfect” and that repeating a habit makes it stronger. We can call that the “alpha hypothesis” (hypothesis a) concerning habits. Dunlap contrasted that with his “beta hypothesis” (hypothesis b), which says that under certain conditions voluntarily engaging in your habit can have the paradoxical effect of making it weaker, perhaps even eliminating it completely.

Dunlap’s hypothesis was that your attitude is key. “In negative practice”, he wrote, “the determining factors are the thoughts and desires in the practice.” If you’re repeatedly performing some action with the intention of making it a habit then, with practice, you may well succeed. However, if your intention is to weaken an existing habit that’s what tends to happen.

Dunlap’s favorite example comes from a method he noticed being used to train typists:

The non-professional typist and the learner frequently make persistent errors, such as the transposition of the into hte, and these errors are ordinarily eliminated with difficulty. It has been found, however, that even a small amount of practice in writing the word in the wrong way will eliminate the error. –- Dunlap, 1932: 95–96

A small study by Holsopple and Vanouse (1929) tested the beta hypothesis with eleven shorthand students. They were asked to employ normal (“positive”) practice to counteract one set of errors, and negative practice to deal with another set. The negative practice was found considerably more effective with this group. In fact, all eleven students appeared to benefit, with errors for negatively practiced words being reduced to zero while mistakes were still being made with the positively practiced words about thirty percent of the time.

A few years later, two researchers published an article summarizing the findings of several additional experiments, from which they concluded:

These and other considerations arising from a more detailed analysis of the data tend strongly to support Dunlap’s beta hypothesis of negative practice. — Kellogg & White, 1935

The main recommendation emerging from early research reviews was that negative practice tends to work better when “massed” rather than “distributed”, i.e., when the behavior to be eliminated is practiced lots of times in rapid succession during each practice session.

How to do Negative Practice

In a nutshell, Dunlap’s method involved asking subjects with stutters, tics, and other unwanted habits to voluntarily engage in the behavior over and over again with little or no delay between repetitions. Most importantly, though, they were to bear in mind their goal of breaking the habit. For example, before each negative practice session, clients wishing to overcome a stammer would say to themselves:

“I am going to stammer; I am going to perfect my stammering (i.e., make it as near as possible like my usual stammering). I am to do this now when I want to because so doing will make it possible later for me not to stammer when I don’t want to. The better I stammer now, the sooner I will break the habit of stammering.” — Dunlap, 1932: 205

Dunlap found that behavior could be changed in this way, though it sometimes required as much as two fifteen-minute sessions of daily practice for 3–4 weeks.

The negative practice is so-called because it involves practicing a habit you want to unlearn or negate. Later authors refer to a variety of similar techniques as “paradoxical” therapy — the paradox being that you’re instructed to do more of something you want to stop doing. It’s also sometimes referred to as “symptom prescription”.

The behavioral psychologist Clark Hull argued that negative practice might work through a neurological process he called “reactive inhibition”. According to this theory when some piece of behavior is repeated many times in rapid succession your nervous system automatically begins to react by weakening and inhibiting the habit regardless of your intentions.

Other behaviorists observed that intensive sessions of negative practice can also lead to feelings of fatigue, self-consciousness, awkwardness or aversion, which might actually be helpful if they inhibit the unwanted habit. Although there are differing opinions about exactly how the technique works they’re not mutually exclusive — several of these things might be happening at once.

The pioneering behavior therapist Andrew Salter adopted Dunlap’s negative practice technique in the 1940s, and gave this brief case-study of blushing as an example:

I explained to Mr. T. that the human nervous system had, as it were, a logical battery and an emotional battery. Both were connected by wires to different parts of the body. “Your emotional battery, through what is called the autonomic nervous system, sends messages unconsciously to the blood vessels in your face, making you blush. Now, if we can use some power from the logic department instead, you will develop a deliberate hold on the blood vessels, and overcome the unconscious blush signals. The logical department of the brain will tell your face, “You won’t have to blush.” So I want you to deliberately practice blushing. Tell yourself to blush at all times: when you’re alone, and when you’re with people. Get practice in sending logical electricity to your face instead of emotional electricity, and that will put logic in charge of blushing. When you control it, that will be the end of it.” I emphasized that he must practice this vigorously, and it was my impression that he would. When I saw him a week later, he was a bit perplexed. “You know,” he said, “I find that I can’t blush whether I want to or not. It’s the darndest thing.” — Salter, 1949: 64–65

Salter also provides a further example of the technique in which he prescribed that a pretty young lady who had a flatulence problem should, “practice the deliberate breaking of wind at all times.”

It consists not only of a reversal of the patient’s attitude toward his phobia inasmuch as the usual avoidance response is replaced by an intentional effort — but also that it is carried out in as humorous a setting as possible. — Psychotherapy & Existentialism, 1967

Elsewhere Frankl provides a brief case study concerning a young doctor who had developed a phobia about sweating. One day, meeting his boss on the street, as he extended his hand in greeting, he noticed that he was sweating more than usual. Each time he then found himself in a similar situation he grew nervous, expecting that he would sweat profusely.

It was a vicious circle… We advised our patient, in the event that his anticipatory anxiety should recur, to resolve deliberately to show the people whom he confronted at the time just how much he could really sweat. A week later he returned to report that whenever he met anyone who triggered his anxiety, he said to himself, “I only sweated out a liter before, but now I’m going to pour out at least ten liters!” What was the result of this paradoxical resolution? After suffering from his phobia for four years, he was quickly able, after only one session, to free himself of it for good. — Psychotherapy & Existentialism, 1967, p 139

Dunlap used negative practice as his main approach for a wide variety of problems, including behavioral habits like nail-biting, mental habits like worrying, and emotional habits like becoming angry with people. Over the years similar paradoxical techniques have been used to address an even wider range of problems. The treatment of insomnia is perhaps one of the most common uses of symptom prescription in behavior therapy. Paradoxically, clients often find that being told to “try to stay awake as long as possible” tends to make them fall asleep sooner.

Another technique that’s become increasingly common in modern cognitive-behavioral therapy involves the prescription of deliberate “worry time”. A client who feels immersed in their worries is advised to set aside, e.g., half an hour each day to sit in a specific chair and worry voluntarily. Worrying is postponed until then when they can focus more attention on the process. Of course, nobody “worries” deliberately, worries creep into our mind when not wanted. When we set about thinking our worries through deliberately they often seem ridiculous or trivial and the effort can become tedious after a while. This feeling of fatigue or boredom while engaged in the negative practice is perhaps useful, as mentioned earlier. It may actually contribute to the inhibition of the habit.

The English psychologist Edward B. Titchener was reputedly the first to observe, at the start of the 20th century, that when a word or short phrase is repeated aloud very rapidly for a period of time the speaker typically begins to experience it as meaningless gibberish. Recently this has become a common technique in a state-of-the-art form of cognitive-behavioral therapy known as Acceptance and Commitment Therapy (ACT). For instance, suppose that you’re troubled by a distressing thought such “Everyone hates me!” Repeating that sentence aloud, as fast as you can, for at least a minute, will feel surprisingly difficult. Research shows that in about 90% of cases people who do this report that the phrase feels more empty or meaningless as a result, which can greatly diminish the thought’s ability to cause distress.

Here are some more practical tips derived from the clinical and research literature on negative practice:

It can also be useful to spot the bad habit whenever it happens spontaneously and straight away repeat it over and over again, voluntarily, as a form of negative practice. Of course, if you’re suffering from a severe problem you should seek assessment and treatment from a qualified professional. However, many everyday bad habits can be broken by using a variation of this simple technique. People often find it tremendously liberating to discover, after years of trying to force themselves to stop a bad habit, that an easier and more effective solution may be to actually do the very thing they’ve been trying so hard to avoid. As Blake also said, “The road of excess leads to the palace of wisdom.”

Facebook36Tweet4PinEmailShares40
wpDiscuz
0
0
Would love your thoughts, please comment.x
()
x
| Reply
Share this ArticleLike this article? Email it to a friend!
Email sent!