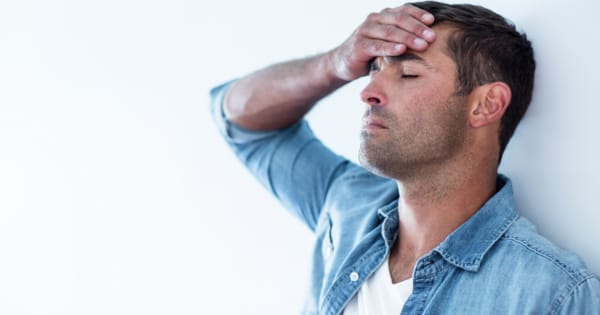 —
“I hate myself.” It’s safe to say that we’ve all had this thought—or something similar—at some point in our lives. But is it really true? When we find ourselves in our darkest moments, do we really mean what we say? Let’s take a look at it.

When I say I hate myself, I often don’t mean it. Maybe I hate who I’m being in the current moment. Maybe I realize I’m not living up to the person I know I can become. Or maybe I don’t know who I can become, and I’m frustrated about not having it all figured out by now. Has that ever happened to you?

In the United States, if you’re not obsessed with your image, then society says there is something wrong with you. This is especially true for young girls, who become teens with anxiety, who then become harrowing images on Instagram. Of course, not everyone is like this, but the outcome is more common than we care to admit. We see our friends on social media, mere acquaintances who we used to keep in touch with more, and we think, oh my god, I hate myself. Kids these days are growing up wanting to become YouTube stars without understanding the egotistical trip and maniacal focus it takes to get there.

What about teachers? What about engineers? Do kids aspire to pursue those careers anymore? We have a tendency to pursue what’s flashy. I’m guilty of it as well. The newest phone, or the latest social media tool, for example—I’ll try it out without stopping to think if I actually need it. Instead, I waste my time using it and then try to find a purpose for it after the fact.

Are you guilty of that? Have you ever pursued something, maybe the latest fad or hot commodity, only to look back and wonder what you ever saw in the ephemeral blaze? You don’t hate yourself. You hate that you lost yourself to begin with.

When we are children, we know who we are. Then we feel the crushing weight of society, and the mandates are palpable. Children come into this world with their full presence, with the full weight of their glowing consciousness. It’s not until later that the dictatorial voice in our heads appears. When we first interact with the universe, we do so with an intense awareness of our surroundings. We hear, touch, and see the amazing world around us. At some point the world becomes commoditized. We learn that certain activities have more value than others. Certain pursuits are celebrated, and those who go down the wrong path are denigrated for their foolish choices.

It’s a surprise we can even find ourselves at all in the thorny maze of mass media combined with social media mixed with whatever the latest and greatest thing happens to be. But innovation isn’t a bad thing, right? Normally, it wouldn’t be, but now we live in an age of disconnection, of perfecting our images and showcasing our perfect lives. It used to be that those who put forth a false image — who consistently acted in “bad faith,” to borrow Sartre’s words, were soon revealed for the faker they claimed not to be. Now it’s hard to tell what’s real and what’s not.

I share all of this to say that I used to hate myself. Then, I used to think that I hated myself. Not anymore.

In a world that celebrates conformity and markets to the masses, it’s hard to stand on your own two feet. However, I ultimately realized that the only person I could be is myself. No one other than the one writing these words is going to determine what has value in my life.

It’s scary to create your own belief system, but it’s the only way to escape the trap of societal judgment. When you realize that the world can no longer pit you against someone else, you realize the path you end up taking is entirely and wonderfully up to you.
—

A version of this post was previously published on psILoveYour.xyz and is republished here with permission from the author.

Jordan is a mental health advocate and social worker in Richmond, VA. He writes to inspire​ by making mental health more meaningful and accessible ​at www.nerve10.com--and is currently one of the top mental​ ​health​ ​writers on Medium.com. Jordan is also Head of Customer Happiness at www.getanswersnow.com, a startup that uses technology to change how parents of children with autism get support.