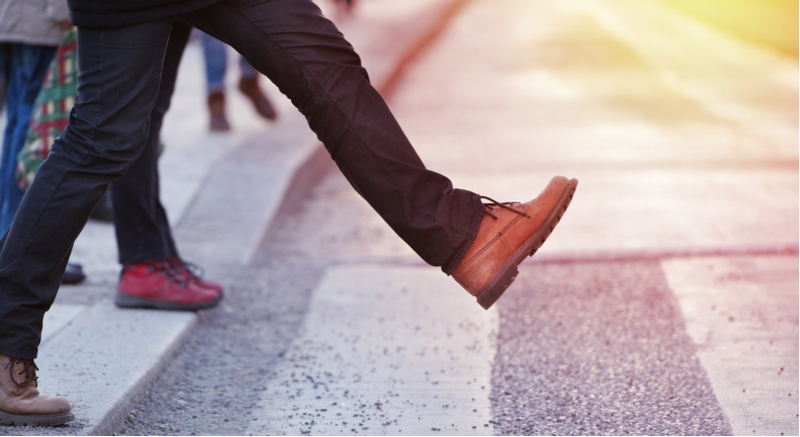 In Aikido, whenever I failed, whether not waiting out the attack long enough before entering to throw; whatever I accomplished, whether making Yondan, 4th-degree black belt, that became my new zero, my new starting point. Then, I just train. Put in the work. Grind out my next greater-than version.

In Japanese, mushin means “empty mind”. Mushin is the foundation of mastery in Aikido, in martial arts. Mushin distinguishes mastery in any discipline, from the Japanese tea ceremony to surfing.

Years ago, Mizukami Sensei taught me the Japanese koan, “Mushin. Mushin.” If you think about having an empty mind, you don’t have one. You can only create from nothing, from zero, from mushin.

Sensei said, “Have no preconceived notions.” I create Aikido in the moment of the attack. I match up with the attack, whether a punch or grab. Awase. I invent Aikido from nothing. I reinvent myself from nothing, too.

I invent my greater-than version moving forward, not backward. The same applies outside the Dojo, where Mizukami Sensei said that it matters more.

The late NBA legend Kobe Bryant said, “I really don’t care.” regarding his place in the NBA Pantheon of Greats like Michael Jordan, Magic Johnson, and Bill Russell when he spoke with ESPN’s Mike Greenberg. No one on Planet Earth worked harder reinventing his greater-than version than Kobe. Throughout his 20 year Hall of Fame career, Kobe left everything he had on the basketball court without regret. When Kobe was done, he looked at “What’s next?”

His next was the Academy Award-winning animated short “Dear Basketball“. Kobe would have become the signature filmmaker and storyteller of his generation. RIP, Kobe.

I’m the aggregate of my experiences, of my past. Yet, I can’t live in the past, not beholding to it. Still, I behold Mom, Sensei, and others who contributed to my past greater-than versions. Nothing, but mad love and respect for them.

Throughout childhood, I lived in fear of my dad. My past defined me for many of my 58 years on the Planet. With my therapist Lance, I distinguished that voice in my head, “I’ll never be enough.” wasn’t mine. That was Dad’s voice. So I created a new voice, “I’m okay.”

The past is Yin and Yang in design. I balance the good and the bad of the past. I take what’s useful, like what Sensei and Mom taught about being a good man. I free the “albatrosses” of the past like hating on me. I practice letting go. I just train.

Kobe said, “Failure excites me!” He got “What’s next” in his failure. Failure gave Kobe what he needed to work on. I shall fail. I learn from my failure. I put in the work. I create what’s next. Everyone’s Zero, everyone’s starting point is different. So, I don’t care about my comparison to others.

In the bigger picture, I have the freedom to reinvent me. Sensei said, “Have no preconceived notions.” I just train. It’s not like I have to get somewhere. I love myself for who I am. I forgive myself for who I’m not. Cheryl taught me the Japanese aesthetic Wabi-sabi: Beauty lies in our imperfection. Life is imperfectly perfect. Acceptance.

We’re greater than we know ourselves to be. So be kind. Have grace. That voice in your head might say, “I’m not good enough. I can’t.” That’s noise from the past. Listen to those, who have your back, who believe in you. For me, that’s Sensei, that’s Mom, that’s John, that’s Cheryl. Sensei said, “You’re a better teacher than me.” Mom said, “I’m proud of you.” Mad love and respect for them. Mad love and respect for me, too.

That voice hating on you might be someone else’s voice, too. I would know something about that, too. Show yourself grace. Show yourself kindness. Just saying.

We reinvent ourselves from nothing, in the present, not by living in the past. Life is about “What’s next”, not “What was”. Life is success and failure, gain and loss, happiness and sadness. Somehow, we discover that balance moving forward, not backward.

Have faith. Have mad love and respect for others and for yourself. Create your “What’s next”.

Facebook6Tweet2Pin1EmailShares9
wpDiscuz
0
0
Would love your thoughts, please comment.x
()
x
| Reply
Share this ArticleLike this article? Email it to a friend!
Email sent!