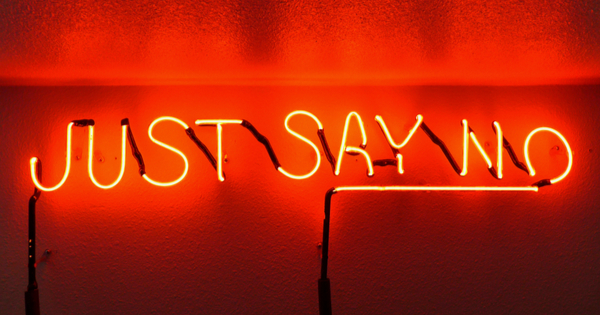 I’ve never seen any life transformation that didn’t begin with the person in question finally getting tired of their own bullshit.

My Mother, a.k.a. “Momma Pope,” didn’t just push my boundaries…she stormed right through them, sat down and poured herself a nice stiff drink.

A Manhattan, to be precise. Although, technically, my Mother would never have poured herself a nice stiff drink. She would have had someone else would do that for her.

Alas, it is not my mother’s martini preference (nor the fact that she preferred to be served rather than to serve) that is the subject matter of this article. Rather, it is the minor matter of personal boundaries that I wish to explore. For perhaps you, too, had a mother (or still have one) that had a knack for acknowledging your request for a bit of space…but then gleefully storming the gates, as it were, when the need (her need) arose. Which it often did.

I loved my Mom dearly, but the truth is: she demanded an awful lot of my time and attention. When I was in my early thirties, it was taking its toll on my marriage.

Here’s an excerpt from my play script, “Saviour,” in which the characters based on my husband, John, and I are having a spectacular argument right before he goes to work and dies (I am “Alex” and John is “Sam”):

Sam stands up and walks towards bedroom door.

ALEX: I am SO scared I’m gonna wake up twenty years from now and still not have finished writing a book.

SAM: You’re probably right about that…just as long as you know that’ll have been your choice.

SAM: Your next distraction awaits…

Sam walks out of living room into bedroom. Alex picks up phone.

ALEX (into phone): Nothing.

ALEX (into phone): What? Umm…well…uhh…it’s not really convenient. I mean, we’re both working that weekend and…

Sam re-enters from bedroom door, holding something in his hand.

ALEX: Okay, okay…I’ll talk to Sam about it. Bye.

SAM: Talk to me about what?

Sam puts his chain with the pendants over his head.

ALEX: My Mom wants us to host Thanksgiving dinner.

Sam tucks pendants down front of his black t-shirt then snaps up the rest of his police shirt.

ALEX (folds arms across chest): No.

ALEX: That’s what I said. But I do have the Monday off…

SAM: So? You were just complaining about not having time to write.

ALEX: Why are you being such a jerk?

SAM: Because you can’t say NO! You just don’t get it. You complain about not having time to write…but the second your mother phones and asks you to do something, you don’t even bat an eye.

SAM: If your writing is so important to you, why don’t you actually spend some time doing it…

Sam nods to the book on coffee table.

SAM: Instead of just reading about it?

(Just a cute aside: after the actors read this fight scene out loud during a workshop of the script, they said, “Wow! That argument is SO real!”)

But, of course, the real issue—the lesson—at the heart of that scene is not the fact that my Mother was, yet again, pushing my boundaries.

The real lesson was “Sam’s” message: I had to learn how to say no.

Why is this so difficult for so many of us to do?

If something isn’t convenient or we simply can’t take one more thing added to our already over-flowing plate, why is it so hard to say no?

I suspect there are many answers: guilt, wanting to please others, not wanting to hurt others, wanting to be liked, a sense of responsibility…the list goes on, as to why we say yes when we want to say no.

But at the end of the day, here’s what I’ve learned from the big-guns boundary-pushers (mothers and others): when we find the strength and courage to say no to what we do NOT want, we make space for what we DO want.

And maybe, just maybe, the real reason we say yes when we want to say no (over and over again) is because then we’ll have an excuse—other people—as to why we didn’t achieve what we really wanted to during our time here.

Now excuse me while I go pour myself a Manhattan.