Get Daily Email
Join/Login CLOSE
Home / Featured Content / When Did You Last Blog? 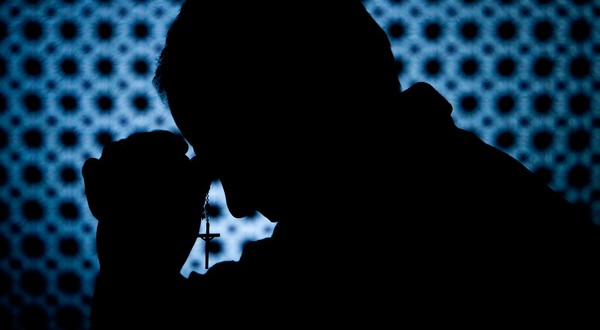 —
I was brought up as a Catholic – which means I have both GCSE and A Level ‘Guilt’.

The thing is, as a papist, you’re forced (and I used that word advisedly) to give ‘confession’ on a regular basis. This entailed going into a little room with the priest and admitting to all the bad things you’d done of late. In reality, you wouldn’t tell the priest all the REALLY bad things you’d done (you weren’t, after all, stupid), you’d tell the priest the type of bad things that you felt they would like to hear. It’s a bit like being in a job interview and being asked about your failings. You know, when you have to give examples of ‘failings’ that are, in fact, assets: “I’m a perfectionist” or “I just won’t stop until the job is done” – that kind of thing.

Anyway, back to confession. Before you’d admitted to not helping your mum enough with the dishes or eating the last Quality Street in the tin, the priest would ask a question:

“How long’s it been since your last confession?”

Which is where I am right now – if you substitute the word ‘confession’ for ‘blog’.

Basically, I’m a lapsed blogger. It’s been a while.

But here I am, ready to spill my soul to you once more. The Prodigal Son has returned – it’s time to kill the fatted calf – or throw some burgers on the barbie, at least!

So what have I been up to?

Some of you may know that since we last confabulated I’ve had a second child: a little girl, who is now approaching 5 months.

Most of you will now understand why you’ve heard less of me.

For those who don’t quite get it, I’ll spell it out:

I’VE BEEN BUSIER THAN A BUSY PERSON ON NATIONAL BUSY DAY!

My god, I thought I’d been busy with just one kid. But with two – it’s like a whole new game.

I feel like I’d been ten pin bowling with the cushions in the gutters – and now someone has taken them away! Suddenly, rather than getting a strike every time, I’m lucky if the ball gets halfway down the alley!

Sorry for the painfully forced metaphor – but my brain is tired. The truth is my brain is so tired I initially wrote my ‘brian’ is tired. And, if I had a ‘Brian’, I’m sure he’d be tired too.

So this is me, like the youthful penitent I once was, explaining my absence and looking for blogging absolution. My penance? 10 Peppa Pigs and a softplay session?

Gotta go – things to do, you know. All that Lego isn’t going to step on itself, is it?

—
This post was previously published on www.outofdepthdad.com and is republished here with permission from the author.
—
Photo credit: Istockphoto.com

Facebook4Tweet19PinEmailShares23
wpDiscuz
Share this ArticleLike this article? Email it to a friend!
Email sent!