Get Daily Email
Join/Login CLOSE
Home / Featured Content / Who is Responsible When an Inmate Dies by Suicide? 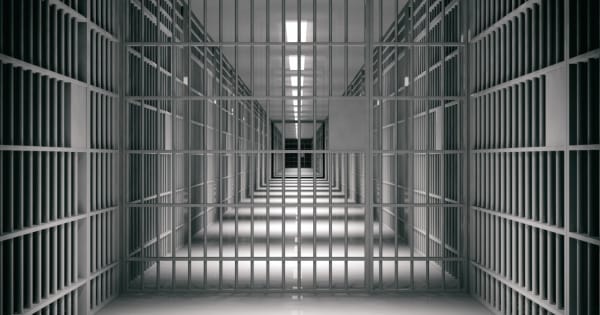 Who is responsible when an inmate dies by suicide?

Jeffrey Epstein’s suicide
in New York’s Metropolitan Correction Center on Aug. 10 has brought new attention to the troubling reality of inmates who kill themselves in America’s jails and prisons.

Suicide is, of course, a serious problem more generally. In 2017, it was the 10th leading cause of death in the U.S., claiming the lives of over 47,000 people. Today, it takes twice as many American lives as homicide.

But, as someone who teaches and writes about punishment and imprisonment in the U.S., I find something particularly troubling about prison suicide.

American law recognizes a “special relationship” between the jailer and the prisoner, meaning that jailers have a legal responsibility to protect prisoners from harm – including self harm.

So suicide in jails and prisons is more than a personal tragedy. It often indicates a failure in the duty imposed on prison officials.

It also can complicate the pursuit of justice. When someone awaiting trial ends their life, crime victims are deprived of the opportunity to have the perpetrator brought to justice. And, when someone who has already been tried and convicted commits suicide, that act impedes the public’s legitimate interest in seeing a punishment fully carried out.

Epstein’s death was not the first to draw attention to the issue of suicide inside of American jails and prisons.

In 2015, the death of Sandra Bland, a young African-American woman who hanged herself in a Texas jail, also made national headlines.

Bland had been stopped for failing to signal a lane change and was arrested and jailed for an alleged assault on a public officer.

The circumstances surrounding her death, like those surrounding Epstein’s death, were mysterious. That mystery was not resolved when Bland’s family filed a wrongful death suit and eventually accepted a monetary settlement of US$1.9 million.

Such litigation is quite common following a jail or prison suicide, although rarely with the outcome that was reached in the case of Sandra Bland’s family.

Because families either settle or generally don’t prevail if their case goes to trial, there is little pressure from the courts to address suicides among the incarcerated. And, except in cases where there is notoriety, there is also little public concern about such events.

Suicide in American jails and prisons

Getting a handle on the extent of suicide in jails and prisons is not easy. The U.S. Department of Justice, which is responsible for collecting data on deaths in correctional institutions across the nation, has not made public any new information since 2016.

But data from 2014 shows the magnitude of the suicide problem. In that year, 372 inmates killed themselves in local jails, resulting in a suicide rate of 50 deaths per 100,000 inmates.

A study done by the nonprofit National Center on Institutions and Alternatives found that such suicides are “evenly distributed from the first few days of confinement to over several months of confinement, many suicides occurred during waking hours, most inmates were not under the influence of drugs and/or alcohol at the time of death, and many suicides occurred in close proximity to a court hearing.”

The large number of suicides in American jails occurs, in part, because they now house many people who, in the past, would have been sent to mental institutions.

Suicide in jails also arises from the fact that those who are accused of a crime and cannot make bail are first sent there while awaiting trial. As Thomas White, an expert on suicide among incarcerated persons, observes, by the time people are serving their prison sentence, “the shock has worn off.”

The rate at which people kill themselves in jails is, as the AP reported in June, “2 ½ times the rate of suicides in state prisons and about 3 ½ times that of the general population.”

Moreover, because they have fewer staff per inmate and generally worse conditions, those rates are higher in state than in federal prisons.

In jails and prisons at both the state and federal level, the suicide rate was increasing when the Justice Department last reported its data from 2014.

Since the U.S. is the worldwide leader in incarceration, one might expect that it would also lead the world in suicides behind bars. But, in fact, it does not.
The O’Neil Institute at Georgetown University reports that the U.S. has a lower rate of prison suicides than many Western European and Nordic countries where the incidence of mental illness and substance abuse among prisoners is even higher than it is in the U.S.

People who kill themselves in jails and prisons often suffer from serious mental health and personal problems that would challenge any institution.

U.S. jails and prisons are often overcrowded and understaffed.

Budgets for mental health services have been trimmed almost everywhere.

Correctional officers are not trained to deal effectively with the problems that inmates manifest on a daily basis. Their work is so stressful that their suicide rates are themselves a source of real concern.

And, as the public learned in the Epstein case, leaving someone alone in a cell is a key driver of jail and prison suicides.

The problem in that case seems to have been a lack of supervision or surveillance, but Epstein was also at risk of suicide because his cellmate had been transferred out of their shared unit in violation of the jail’s procedure. A 2007 report from the Central New York Psychiatric Center notes, “Almost all suicides in state prisons occur in single cells as opposed to in dormitories or double-bunked cells. Suicide is a very private act, and whether it occurs in a hospital, in the free community, or in prison, it almost always occurs when the person is alone.”

As U.S. prisons increasingly turn to isolation as a principle of punishment, or to single-cell disciplinary housing, it should not be surprising that the incidence of suicide would rise.

In my view, the U.S. owes it to those whom it incarcerates to do something about the problem of suicide.

This story has been updated to account for medical examiner’s report on Jeffrey Epstein.