Get Daily Email
Join/Login CLOSE
Home / Featured Content / Why Did I Ever Marry This Guy? 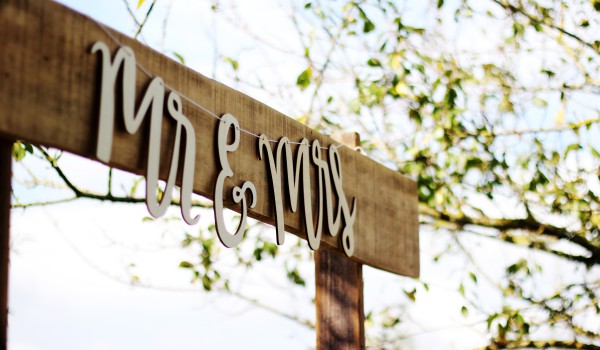 Hearing that I was alone last Saturday evening, a long-distance friend of mine suggested we get together.

“Let’s have a date!” she suggested. “A girl’s night out, only by video. And let’s do it over a glass of wine!”

She, like me, is now on her own after leaving her husband.

With a couple sips of alcohol in us and after few minutes of social banter about weather, kids, and the latest about each other’s lives under our belt, she mustered up the courage to ask the big question.

“So, what did you and I miss when we picked these guys out?” she asked. She blinked and then stared intently at me, as she waited for me to reveal some insider’s secret to our current situation to which only psychologists are privy.

I let out a big sigh and my gaze drifted off to some far-off distant point, as the wheels in my head turned.

The very thing I have asked myself thousands of times.

How Did This Happen to Me?

How did two well-educated, bright women marry men with a serious sexual addiction problem? What did we miss?

And, if that isn’t a big enough query. When I find enough bravery, I follow it up with an even tougher question —

What is it that I lack within myself that made me vulnerable to picking out a broken, dysfunctional person?

How did I become an easy mark?

My friend’s question had unmasked what had been eating away at me.

I looked back at her and said, “I’m not for sure, but I need to know because I never want to make this same mistake again.”

“Me neither,” she replied.

And with that, our conversation drifted back into safer subjects.

The Road to Self-Exploration

It’s been hard to take an unflinching look into oneself.

Fear tugged at me and warned I may not like what I would find.

Once I pushed my way through fear’s hisses and threats, I found shame staring me down with its finger wagging, muttering, “Tsk, tsk, only a fool would have made such a glaring error.”

Mustering up some self-compassion, I reminded myself, “to err is human…”

The rest of that quote is “to forgive, divine,” which means I need to love myself enough to be able to forgive my flaws and bad decisions.

Did I knowingly marry someone who would eventually harm me? No, I did not. With that said, there have been times I felt responsible even when the fault doesn’t lie with me.

Can I accept my humanity? My frailty? The way my insecurities have made me vulnerable to another’s practice of duplicity?

The Role of Self-Compassion

Someone once wrote, “If you can love the wrong person that much, imagine how much you can love the right one.” I like that mentality. It’s kind and proactive. It propels me forward rather than leaving me to wallow in self-pity.

All of this is necessary if I want to avoid making the same mistake. If I cannot look inward, then I will never understand what drove my decision. Honesty with myself and self-forgiveness create the space by which I can learn and grow.

Not surprisingly, when I awoke yesterday, I had the beginnings of an answer to these questions.

While I wiped the sleep from my eyes, I grabbed my phone, opened a text app, and started typing. A list formed that had been produced from my unconscious mind as I slept on the problem.

At the top of the page I wrote:

Reasons Why I Married my Ex —

And then began a list of items as they occurred to me, which included:

· Fear of an open-ended future

· Fear of ending up alone

· Unhappiness with the state of my life

· Needing the approval of others in order to feel okay

· Afraid of others’ reactions of disapproval, or of being ignored

· Struggling to give myself permission to have a differing opinion

· Preferring peace at all cost by avoiding conflict

I stopped and looked at the list. There in black and white was a painful index of my flaws and fears. The insecurities that have played a role in shaping my decisions and even the direction of my life.

I’m not so naïve to think this list is complete. I’m sure I will uncover more as I practice listening to my self talk and observing myself as I engage with others. So, I plan to keep this list handy and to update it often as I discover additional reasons that have led me to make such a painful decision.

It’s a big list. Areas of my life that will take some work to heal and strengthen.

At first, a wave of futility washed over me. How will I ever close so many wounds and face down so many issues?

Akiroq Brost, Human Potential Inspirational author, said, “Recognizing the truth about ourselves is the starting point of all change.”

Taking Brost advice, I reminded myself that this is a journey that begins by taking the first step and then thereafter only one at a time. And, if increased self-awareness is the starting point, then I’ve doing my part. I’ve gotten on the road and am now in the process of traveling down it.

And here’s the best bit — whether I’ve been able see it yet or not, I can be confident personal growth has already begun.

*A reference to a controversial CBS game show, called Take It or Leave It that aired in 1941. Contestants were asked tougher and tougher questions to win money with the top prize earning $64,000.

Facebook23TweetPin1EmailShares24
wpDiscuz
Share this ArticleLike this article? Email it to a friend!
Email sent!