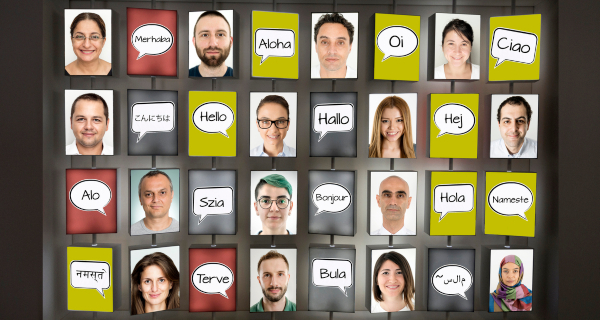 In the myth about the Tower of Babel, people conspired to build a city and tower that would reach heaven. Their creator observed, “And now nothing will be restrained from them, which they have imagined to do.” According to the myth, God thwarted this effort by creating diverse languages so that they could no longer collaborate.

In our modern times, we’re experiencing a state of unprecedented connectivity thanks to technology. However, we’re still living under the shadow of the Tower of Babel. Language remains a barrier in business and marketing. Even though technological devices can quickly and easily connect, humans from different parts of the world often can’t.

Translation agencies step in, making presentations, contracts, outsourcing instructions, and advertisements comprehensible to all intended recipients. Some agencies also offer “localization” expertise. For instance, if a company is marketing in Quebec, the advertisements need to be in Québécois French, not European French. Risk-averse companies may be reluctant to invest in these translations. Consequently, these ventures haven’t achieved full market penetration.

Global markets are waiting, but AI-powered language translation isn’t ready yet, despite recent advancements in natural language processing and sentiment analysis. AI still has difficulties processing requests in one language, without the additional complications of translation. In November 2016, Google added a neural network to its translation tool. However, some of its translations are still socially and grammatically odd. I spoke to technologists and a language professor to find out why.

“To Google’s credit, they made a pretty massive improvement that appeared almost overnight. You know, I don’t use it as much. I will say this. Language is hard,” said Michael Housman, chief data science officer at RapportBoost.AI and faculty member of Singularity University.

He explained that the ideal scenario for machine learning and artificial intelligence is something with fixed rules and a clear-cut measure of success or failure. He named chess as an obvious example, and noted machines were able to beat the best human Go player. This happened faster than anyone anticipated because of the game’s very clear rules and limited set of moves.

Housman elaborated, “Language is almost the opposite of that. There aren’t as clearly-cut and defined rules. The conversation can go in an infinite number of different directions. And then of course, you need labeled data. You need to tell the machine to do it right or wrong.”

Housman noted that it’s inherently difficult to assign these informative labels. “Two translators won’t even agree on whether it was translated properly or not,” he said. “Language is kind of the wild west, in terms of data.”

He noted that sarcasm and irony only make sense within this widened context. Similarly, idioms can be problematic for automated translations.

“Google translation is a good tool if you use it as a tool, that is, not to substitute human learning or understanding,” he said, before offering examples of mistranslations that could occur.

“Months ago, I went to buy a drill at Home Depot and I read a sign under a machine: ‘Saw machine.’ Right below it, the Spanish translation: ‘La máquina vió,’ which means, ‘The machine did see it.’ Saw, not as a noun but as a verb in the preterit form,” he explained.

Dr. Majfud warned, “We should be aware of the fragility of their ‘interpretation.’ Because to translate is basically to interpret, not just an idea but a feeling. Human feelings and ideas that only humans can understand—and sometimes not even we, humans, understand other humans.”

He noted that cultures, gender, and even age can pose barriers to this understanding and also contended that an over-reliance on technology is leading to our cultural and political decline. Dr. Majfud mentioned that Argentinean writer Julio Cortázar used to refer to dictionaries as “cemeteries.” He suggested that automatic translators could be called “zombies.”

Erik Cambria is an academic AI researcher and assistant professor at Nanyang Technological University in Singapore. He mostly focuses on natural language processing, which is at the core of AI-powered language translation. Like Dr. Majfud, he sees the complexity and associated risks. “There are so many things that we unconsciously do when we read a piece of text,” he told me. Reading comprehension requires multiple interrelated tasks, which haven’t been accounted for in past attempts to automate translation.

“There tend to be two parameters that shape how we design ‘intelligent systems.’ One is the values and you might say biases of those that create the systems. And the second is the world if you will that they learn from,” he told me. “If you build AI systems that reflect the biases of their creators and of the world more largely, you get some, occasionally, spectacular failures.”

Dr. Srinivasan said translation tools should be transparent about their capabilities and limitations. He said, “You know, the idea that a single system can take languages that I believe are very diverse semantically and syntactically from one another and claim to unite them or universalize them, or essentially make them sort of a singular entity, it’s a misnomer, right?”

Mary Cochran, co-founder of Launching Labs Marketing, sees the commercial upside. She mentioned that listings in online marketplaces such as Amazon could potentially be auto-translated and optimized for buyers in other countries.

She said, “I believe that we’re just at the tip of the iceberg, so to speak, with what AI can do with marketing. And with better translation, and more globalization around the world, AI can’t help but lead to exploding markets.”

—
This post was previously published on Singularity Hub and is republished here with a Creative Commons license.
—

Facebook72Tweet1Pin2EmailShares75
wpDiscuz
Share this ArticleLike this article? Email it to a friend!
Email sent!