For Mike Iamele, success started to mean all the wrong things. He couldn’t imagine how much this realization would change his life.

I grew up in a different time. Life was speeding up. Messages could be sent around the world in mere seconds. Companies could be started anywhere with a wi-fi signal. People like Justin Bieber and Tila Tequila had found international fame from social media. Tech entrepreneurs like Mark Zuckerberg were becoming just as big of celebrities as actors and athletes.

And the rules for success were changing.

Everything was happening younger, faster, sooner. And I wanted it now. I wanted the prestigious job and six-figure salary well before my 30th birthday.

And, with a little mixture of persistence and luck, I landed there—my dream job. I was 22, just about to graduate college. I had helped start a PR firm just months before. And, upon graduation, I’d claim my rightful spot as part-owner. It had all fallen into place for me.

I’d played by the rules of success, and I’d won.

I spent my early 20s living the lifestyle we’re told to want in our 20s—drinking too much, sleeping around, making good money, doing work that mattered. I was on top of the world. It seemed like I had figured life out way before my time.

But, truthfully, which each new achievement, I was always a bit let down. It never quite felt like I imagined it would. Success never really felt like success. It felt more like…blood. All over my bathroom floor.

I remember waking up from a night of drinking and vomiting. That wasn’t altogether surprising. But the blood was. Especially when it didn’t stop. For months.

I was hospitalized. I was hooked up to an IV. I underwent test after test as doctors tried to determine what was wrong with me.

And it was about that time that I realized that maybe I was playing the game of success by someone else’s rules.

In the two weeks leading up to my MRI, I had no choice but to redefine my lifestyle—and quickly. I tried every type of therapy known to man, regardless of how “out there” it seemed. Acupuncture, Reiki, reflexology, herbs, meditation, nutrition, green smoothies, EFT, writing forgiveness letters and apologies. I was determined to get better, mostly to get back to my hard-partying, hard-working lifestyle.

All the while, my roommate—a friend I had known for years—was taking care of me while I could barely walk or eat. He’d stay in to watch movies with me. He’d rub my back when I was bent over in pain.

My mind flashed across the women I’d slept with. My partying lifestyle. My job. My boozing. And I realized that it was great—but it was someone else’s life. I lived that one already, and it left me sick and unhappy. If I was going to be truly happy, I’d have to redefine success on my own terms.

And, not surprisingly, my MRI results showed no sign of disease. I was fine. I was better than fine. I was better. But, more than that, I had created a life that was my own—totally and completely my own. One that I had defined for myself.

And I looked back to the outside world—to the rapidly evolving success happening around me. To the pressures on young people—on anyone, really. To the obsession with achieving the world as fast and as soon as possible. To hitting that six-figure mark, or seven-figure mark, or whatever milestone seemed impressive. To being the person you think you’re supposed to be.

And I realized that success isn’t something you can follow. It’s personal. It’s one-of-a-kind. Because it’s your life. And no one else gets to live it but you.

So the only way to achieve what is going to make you happy is to define it for yourself. Maybe that’s money, power, and fame. And, if it is, great. There’s absolutely no judgment when it comes to success. Because it’s all about what you really want.

Only you get to judge if you’re successful or not. Because only you can create your own definition of success.

You’re playing by your own rules. It’s a game only you can play. In fact, some might say you were born to play it.

And nothing feels more successful than winning by your own rules.

Mike Iamele is a writer, a mentor for creative visionaries, and a sought-after expert on life purpose. As the creator of the proprietary Sacred Branding® process, Mike has helped hundreds of visionaries–from spiritual seekers to creatives to seven-figure business owners–to discover their life purpose and share it with the world. Learn why it’s not your fault you don’t know your purpose, and learn how to discover your own purpose in our free webinar: mikeiamele.com/purpose.

this speaks to me. I didn’t have the six figure lifestyle; I was always torn between the pursuit of that and my calling to serve, and I chose a public sector career. Within this path, though, I chose the more “successful” track, financial management, and stayed away from my true passion, student service. In a nutshell, I didn’t fulfill the money soon enough or my calling, and I got sick. I am also in the process of rewriting my life on my terms; work on my terms, service the way I wanna see it done. I feel healthier daily. I’m… Read more »

Living the “success” lifestyle you were living was under the rules of society. I believe success is your own definition of what you would like to achieve in all parts of life whether that’d be socially, financially, relationships, and experiences. Great article on your life challenges. Very inspiring.

I’m 27 and starting over in a way I really didn’t expect. Rewriting a plan I thought I finally achieved after wanting it for a long time, and I’m still accepting it. I never comment, even though I love the articles on here (and yours especially) but I felt the need to say thank you so much for these words. They are perfectly soothing for what I’m going through and getting ready for and help me not feel so behind. Thank you, Mike.

Wow Gena — I’m so honored that you felt called to comment on my post. It means a lot. You are absolutely welcome. It’s interesting to get to where we thought we wanted to be and realize it was never what we wanted in the first place. Good luck on your new adventure. And, if you feel like it might help, my book on this topic is on pre-sale until April 1st, so you’re welcome to check it out: http://www.amazon.com/Enough-Already-Create-Success-Terms/dp/1573246476/ref=sr_1_1?ie=UTF8&qid=1425685612&sr=8-1&keywords=iamele 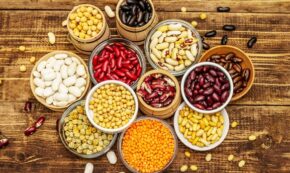 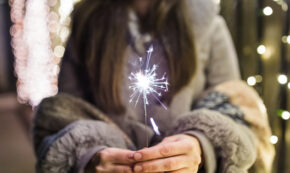 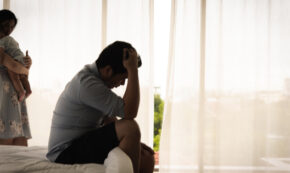 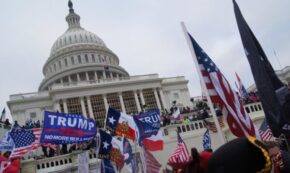 FacebookTweetPinEmailShares212
wpDiscuz
4
0
Would love your thoughts, please comment.x
()
x
| Reply
Share this ArticleLike this article? Email it to a friend!
Email sent!