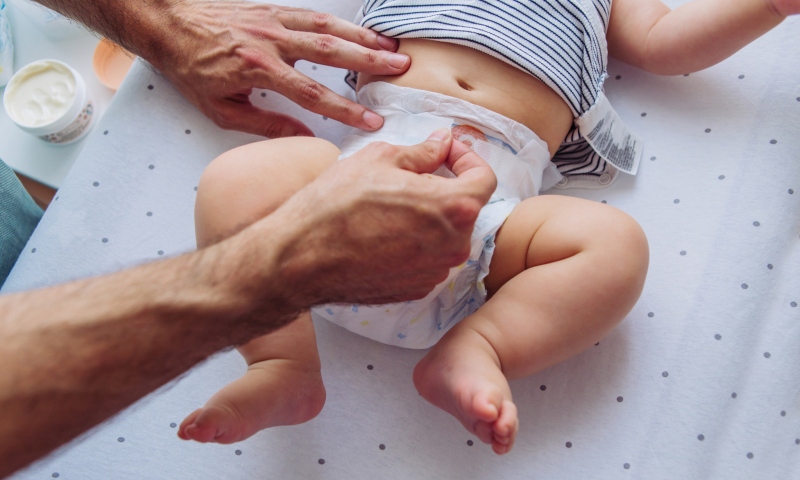 In 2016, when I assumed Hillary Clinton would win the presidential election, I also anticipated a victory for American men in domestic life. Finally, a first gentleman would play hostess, caregiver, household authority. Glorious!

Now here in real life, 2021, the narrative about men, women, and domestic life is far messier than the one I imagined. One of the prevailing stories out of the pandemic is how disproportionately women continue to be responsible for the home — and everyone in it.

As far as men and domestic life goes, one common theme is that making things fair at home — or at least making them feel fair — helps women.

To be sure, it does!

But I keep wondering: How does men’s caregiving and housework help them?

Because so few media stories consider that angle, I rounded up some findings by scientists, sociologists, journalists, and historians. Below are five reasons why men’s engagement at home is important, beyond helping women and being fair.

The more involved men are in taking care of their families’ emotional and everyday needs, the better they tend to feel about themselves. As one dad profiled in the book “Family Man” said, “It’s a good feeling to know your kids and to have them trust you.”

2) Provides meaning and identity outside the workplace

Generally speaking, American men today put in around five more hours a week at work than women. And being a worker is also still considered a man’s responsibility, as a recent report by Promundo found.

But, to co-opt a feminist phrase, men are people, too. Families, friends, and home create a sense of purpose and belonging outside of work — and the more engaged one is at home, the deeper one’s sense of connection.

3) Improves relationships, which improves the experience of aging

Drawing from the same 75-year study of men in Boston, psychologist Robert Waldinger said, “The people who were the most satisfied in their relationships at age 50 were the healthiest at age 80.”

Furthermore, researchers at California Institute of Technology found that, in primates, the primary caregiver tends to live longer than the other parent — and primates who share parenting equally live about the same time.

4) Improves ability of men to parent

Sad but true: Men and women both perceive men to be less competent caregivers than women.

In other posts, we can talk about why that might be so — but for now, I want to feature reporting by Paul Raeburn in “Do Father’s Matter?: What Science Is Telling Us About the Parent We’ve Overlooked.”

His investigation finds that dads react to their new babies just like moms do: They get attached the same way, feel the same elation and anxiety, are similarly nurturing and attentive, and find themselves fluent in baby talk and their infant’s cues.

In other words, the impulses to parent are there. How involved a dad will be as the child grows up, though, can be predicted by how many hours he is able to invest up front.

My own father sums it up this way: One way to spell “love” is t-i-m-e.

5) Because they want it

Paul Raeburn again: He notes that dads both report like being with their children, and they show an increase in pleasure-related hormones when they are around their kids.

Moreover, many of the family-first dads I interview say they are seeking the connection to their kids and homes their fathers didn’t have. Mind you, they rarely lead with this idea. They tell me about fairness, about feminist mothers, about their wife’s or girlfriend’s job.

But in both the literature and in everyday conversation, the same words eventually come up: Their dads were “not there”; they want to “be there.”

Why does this framing matter?

Uncovering these five reasons why men’s involvement at home matters to them turned out to be pretty easy, and I’m sure readers would be able to supply many more.

But maybe that comparison is what should give me hope. Readers who remember “Ramona the Brave,” published in 1975, might recall that Mrs. Quimby took a part-time job because the family wanted to build an addition on their home. The explanation rang true for me; I remember hearing women in the 70s and 80s half-apologizing for their jobs — they had to work, they explained; their family needed the money.

In other words, only two generations ago women working was often characterized as a form of helping, and so their jobs could reasonably be more limited and less respected. Today, of course, few people need five reasons why women’s employment is at once vital to survival, inherently valuable, and personally meaningful.

In fifty years, will the language about men’s involvement at home have similarly shifted? Maybe by then a round-up of five reasons men’s domestic life is valuable — beyond helping — will strike readers as hilarious, strange and obvious.

Kelly J. Kelly is a multi-media journalist with a specialty in American history. She is working on a book about the history of men in domestic life.