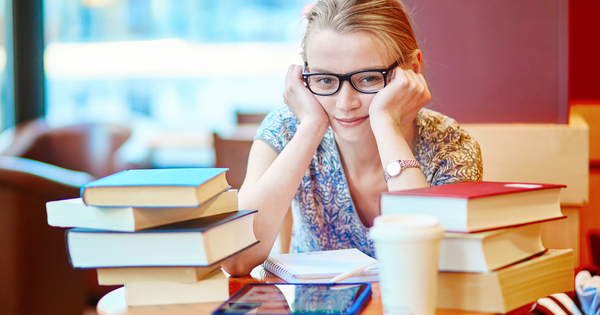 High school math courses love to give word problems because it’s a way to teach the kids about real life.  For example, if you frustrate a person to the point that they are emotionally crippled, then they will eventually be ready for adulthood.

My daughter is doing online school this year, which means that she often comes to me with help with these word problems.  As this year has crushed me completely, I am the perfect teacher.

I think I did pretty well with these world problems.  But the question is, how well can you do?

Sally has seven teachers throughout her normal day of high school.  If the school system tells you that they will have live zoom instruction 3 times every week, but not on Wednesdays, how many times will the school system say just kidding by the end of the semester?

Question 2:  Sally also has 12 assignments due each week in 7 classes.  These assignments are marked in the weekly folders.  How many folders must Sally’s father check before discovering the secret folders that popped up out of nowhere?

Those were easy.  Let’s expand and take it up a notch.

Question 3:  Jim enjoys his meat.  He sells pork, chicken, and beef as a side hustle while he waits for a stimulus check that was promised to come months ago.  How many conspiracy theories will it take before Jim understands that a second stimulus check is never coming?

Answer:  5 conspiracy theories. What you have to know here is the power of social media infinity, a very complicated mathematical equation.  Those five conspiracy theories will be shared thousands of times on Facebook and eventually be endorsed by the President, at which point they become immortal once they are debunked.  So knowing that, and by the law of averages, Jim believes in 5 conspiracy theories, give or take 2 or so.

Question 4:  Rita is a vegetarian that does not like Jim’s meat.  How many vegan jokes can you make before you start getting hate mail from previously mentioned vegans?

Question 5:  If the current pandemic has lasted 8 months, and daylight savings was one month ago, how many people can’t remember what month it is?

Question 6:  Train 1 is traveling at 125 mph westbound headed to Cleveland because Train 1 is tired of being in word problems.   It used to be cool and kids wanted it for Christmas, but that was a long time ago.  It weighs 42 tons and has a wind resistance rating of 7 Gilligan’s.  Train 2 is headed eastbound with an 85% ratio of classic rock/new age rock on the speakers.  If the DJ from Train 2 calls his girlfriend in London, how long will you continue to read to see if this problem makes any logical sense?

Answer:  5 Neptunes because at this point, no matter how many word problems I read, they all sound like this in my head. So, we are going with 5 Neptunes. Sure, why not.

Question 7:  Randall has been figuring out word problems with a 3/5 success rate for two months.  It takes 5/16 pints of grape juice to make one quart of honey mustard chicken strips.  Randell gives Sally 2 to 1 odds that he won’t crack by the end of the school year.

Has anyone finally figured out where Sally’s hidden assignments are?

So how did you do?  I’m going to help my second grader with his math now.  I’m sure it will go fine.