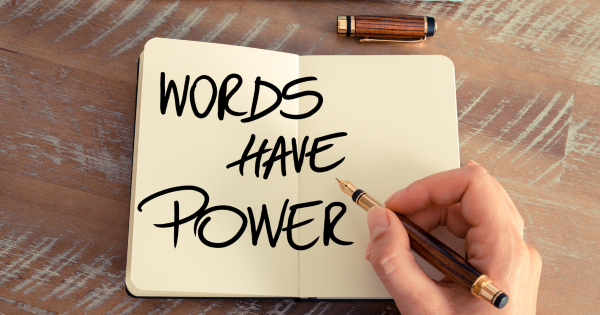 I watched the movie Arrival twice, the first time I fell asleep, the second time blew my mind. I love the idea of language changing the way we understand time, aliens who are taller than me, and communicate with circular patterns. I think all the hoopla around the recent discovery of seven earth-like planets has fueled the appeal of this movie.

Researchers from Penn State University have found that learning a new language will change the structure of your brain and make the network that pulls it all together more efficient. That is extremely useful information especially as we age. In Psychological Science the researchers recently published, “by having another language, you have an alternative vision of the world.” Words are infused with meaning, but in the movie Arrival, language has the capacity to alter the way we experience time. Am I the only one intrigued by this concept?

The future might be right in front of me but for some reason I don’t have the ability to recognize what is to come. What if I knew with absolute certainty that life is not linear, it is singular, a spark that flares up like a matchstick, extinguished when there is nothing left to burn. This is a game-changer. It would be like doing a trust walk with my eyes are wide open. Let’s assume the spoken word has the means to alter our direction, because it not only rearranges the future, but the way we view the past. Don’t get me wrong, just because it can be forgiven doesn’t mean I’m condoning delinquent behavior, that was Jesus’ deal. I’m saying’ “It’s in the listener, and for each and every ear it will be different…You may tell a tale that takes up residence in someone’s soul, becomes their blood and self and purpose.” (Erin Morgenstern)

A word can be a noun, a single distinct meaningful element of speech or writing, used with others (or sometimes alone) to form a sentence and typically shown with a space on either side when written or printed. I like the idea of space consciously guarding my notions. As a verb, it means to choose and use particular words in order to say or write (something). This, all according to webster, who has arrogantly tried to define our future with a book of non-negotiable terms, that is so old school.

I remember the day a young student walked up to me while I was substituting at Notre Dame High School. I had been subbing at ND for two years, flickering in and out of the classroom, with absolutely no responsibilities. It was a good gig. She spoke five simple words to me in the hall, “You should be a teacher.” I thought that’s what I was doing, but she meant a permanent teacher, a mentor, one who has a reciprocal relationship with her students. It was the seed that took root, I nurtured it, and it grew, but I did not recognize this future until she spoke the words. I wonder if this is more common than we think?

When I look to the past for clues about the present I recognize important words have inaugurated every major shift in my life. Words can instigate resolution, revelation, inspiration, but also conflict, sabotage, and envy. “Death and life are in the power of the tongue…” [Proverbs 18:21] The two most powerful words I have ever heard, or ever spoken, have to be, “I’m sorry.”

I used to think I could change the future with my thoughts. You know the new age kind of thinking (privileged thinking), visualize good things, stay optimistic, never give up, think it into reality. I may have been misinformed. I’m starting to believe in the power of the word. “And the word became flesh and lived among us. We saw his glory, the glory of the one and only, full of grace and truth, who came from God.” [John 1:14] I’ve always considered that particular scripture poetic but now I see it as prophetic. Words have enormous creative potential, if I am the prophet of my life, then I should choose my words with utmost care.

I think truth is universally recognizable, especially in the dark, it seems to have a light all it’s own. When we lie we only reveal ourselves as liars. Gossiping, complaining, ranting, and raging is not only revelatory but we hurt those in the vicinity of our madness. “Do not let any unwholesome talk come out of your mouths, but only what is helpful for building others up according to their needs, that it may benefit those who listen.” [Ephesians 4:29] We learn how to restrain our anger as young children, because it is harmful, and hampers our ability to thrive.

What if we truly believed that people are inherently good? Would we continue to mar each other with hateful words, words that change our humanity, and our ability to function in the world? Doesn’t that speak volumes about the potency of words?

“There is one who speaks rashly, like a piercing sword; but the tongue of the wise brings healing.” Proverbs 12:18

Like the root system of a tropical rainforest our future is intricately woven together. If we tell our children they are valuable they surround themselves with people who value them. When we silence our children, our partners, our neighbor we are essentially asking them to refrain from participating in creation. What would the world look like if all our voices mattered? If we trusted our ability to create a future with grace and truth. I know we crucified the last guy who tried this approach but they can’t crucify us all. “To boldly go where no one has gone before.”

A version of this post was previously published on CherylOreglia and is republished here with permission from the author.

Facebook8Tweet5Pin3EmailShares16
wpDiscuz
0
0
Would love your thoughts, please comment.x
()
x
| Reply
Share this ArticleLike this article? Email it to a friend!
Email sent!