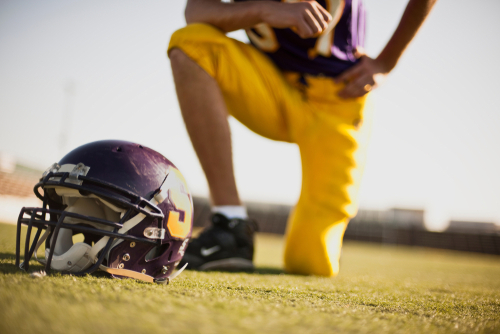 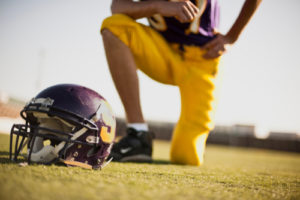 —
It’s been thirteen months now since Colin Kaepernick first raised eyebrows by kneeling during the National Anthem. Many people criticized his silent protest as the wrong way to address the issue.

Last week, Donald Trump said that the NFL should fire any player who protests during the National Anthem. The NFL’s response was consistent: Players and owners locked arms or knelt down, or even stayed off the field entirely during the National Anthem. Meanwhile, in the NBA, Golden State Warriors head coach Steve Kerr spoke out strongly against Trump’s decision to rescind his invitation for the Warriors to visit the White House.

It’s fair to be concerned that more people seem to be protesting Trump’s attempt to tell NFL owners how to make staffing decisions than they’re protesting the issue of racial injustice in this country. But, at the same time, there are still plenty of white people telling black people how to protest.

One of these is Bryan Dean Wright, writing in Fox News. To be clear: I’m not writing exclusively about his article. Rather, it neatly encapsulates many of the major whitesplaining talking points.

For one thing, Wright suggests that taking a knee isn’t effective, and that Kaepernick should instead be helping to open up dialogues about race.

How? Instead of kneeling, should Kaepernick have interrupted the National Anthem with a speech? Visions of Kanye West come to mind: “Imma let you finish your song, but first, let’s talk about the persistent issue of police violence.”

Besides which, Kaepernick has repeatedly discussed the motivation behind his protest. Whether he initially intended to, his visible protest opened the door for precisely the sort of dialog that Wright wants to have started. That was a year ago and the conversation remains stunted, but not because of Kaepernick.

Wright also argues, based on a study done by an economist, that the key Black Lives Matter issue is flawed: Police don’t really use lethal force disproportionately on blacks. Even if we accept this study, Wright admits that it agrees that police brutality is disproportionate; the difference of interpretation is in whether the imbalance is in lethal or in non-lethal force. Police brutality towards people of color is a real thing, but he wants to focus on details.

However, what makes Wright’s article truly informative and frustrating is the way in which he explains away the problem of racism. It’s not that people are racist, he says, it’s that people “are hardwired to embrace stereotypes.”

Wright correctly identifies the root cause of the most insidious manifestation of racism: We are programmed that way. From a very early age in the United States, people of all skin tones receive messages about the social superiority of white people. The history books are filled with stories of successful whites and enslaved or downtrodden blacks. TV shows and movies repeat this perspective over and over; when I was teaching African-American Literature, one of my (black) students asked why all the stories they were reading were about blacks who were poor and suffering.

The news media frames alleged white criminals in terms of their promise or their innocence, while alleged black criminals are “thugs” and “gang members.” The message is beaten like a cultural war drum: This is a white man’s country.

Racism is rarely a conscious decision. People don’t wake up and decide whether or not to hate black people today. It’s deep down, in our programming. Even for those of us who try daily to tear the programming wires out of their mental sockets, it sneaks back up on us.

If we white people don’t like that, it’s on us to change. It’s on us to tear at those wires. It’s not on Colin Kaepernick to frame things in just the right way so that our fragile feelings don’t get hurt, or so we don’t shut down and refuse to listen.

And this is racism, as much as a bunch of white guys in khakis carrying tiki torches. If the White Nationalists are the tip of the Optic White iceberg, casual unconscious racism is the body of it. When people say they’re color blind because they don’t want to acknowledge their own deep-down racism, they’re really snow blind, blinded by the sea of whiteness that informs so much of White America’s perspective.

Wright asks us to imagine we’re walking down a dark alley when we encounter a group of hooded black men walking towards us. Most “reasonable people,” he says, would assume that those men are up to no good.

Most reasonable people would assume that any group of hooded people walking together in a dark alley are probably up to no good. Race shouldn’t matter, gender shouldn’t matter. That they both do, and that black men have (according to Wright) internalized that prejudice, doesn’t mean that it’s not racism.

Wright says something with which I strongly agree: One effective treatment for the illness of deep core racism is exposure. Mental wires are the most durable when they’re insulated.

For more than six years, I have taught in high schools where most of the students are not of white European descent. For the last seventeen years, I have lived in a neighborhood that is over 90% black. Over this time, I have grown significantly.

Overcoming racism isn’t easy work. It’s a cheap cop-out to continue to expect black voices, like Kaepernick’s, like Jesse Williams’s, like Ta Nehisi Coates’s, Spike Lee’s, Lorraine Hansberry’s, Toni Morrison’s, Muhammed Ali’s, Rosa Parks’s, Malcolm X’s, and Martin Luther King’s, to be the only voices for change. At what point, during the kneeling, during the shouting, during the singing, during the writing… at what point do whites accept that the conversation has been started, that it’s been going on for decades, but we’re too stubborn to listen and too comfortable to change?

Bryan Dean Wright’s article is a sadly typical display of whitesplaining, telling members of the black community how they have to model their rhetoric to be heard. Every form of rhetoric has been tried. It’s time for us white folks to accept that it’s us, not them.

And if you think that this article is all about me hating white people, you’re still not listening.
—

Facebook474TweetPinEmailShares474
wpDiscuz
Share this ArticleLike this article? Email it to a friend!
Email sent!