Get Daily Email
Join/Login CLOSE
Home / Divorce / You’re Not the Crazy One, So Stop Believing It

Divorce can leave you feeling mentally unstable. Are you sure it isn’t just you?

At the end of a long-term relationship with an emotional manipulator, your break up or divorce is unlikely to go swiftly and smoothly.

As this nightmare unrolls, the most mentally healthy people often feel like they themselves are unraveling! You enter the divorce process expecting to find empowerment, and instead find yourself starting to believe that maybe your partner was right. Maybe you are the crazy one.

Why? The most obvious reason is that you have a partner with a high conflict personality pattern who is telling you that it is all your fault. However, there are far more complex issues at play.

“High-conflict people (HCPs) have a pattern of high-conflict behavior that increases conflict rather than reducing or resolving it. This pattern usually happens over and over again in many different situations with many different people. The issue that seems in conflict at the time is not what is increasing the conflict. The ‘issue’ is not the issue.”

If you are considering, going through or recovering from a divorce or break up with an HCP, you can read all of the strategy-orientated books that exist, but as long as you deem your partner’s voice more important than your own, you will face too much self-doubt, fear and unconscious triggering to be able to effectively manage the process and move on.

Here are 8 reasons you may be feeling crazy during your divorce, and ways to stop letting them get to you.

1. Gaslighting: This is the standard go-to of any emotional manipulator or HCP. Gaslighting is “a form of emotional abuse where the abuser manipulates situations repeatedly to trick the victim into distrusting his or her own memory and perceptions… [The term is derived] from the British play turned movie, ‘Gas Light,’ wherein a husband attempts to drive his wife crazy using a variety of tricks causing her to question her own perceptions and sanity.”

Emotional manipulators love gaslighting because a) blaming someone else for all of their troubles keeps them feeling safe from the immense emotional struggle it would be for them to look at their own faults and inner-turmoil, and b) because it works.

It works because reasonable people are very much aware that they have faults and that from time to time they get things wrong. They are willing to hear what their parents says and give their words actual consideration.

You won’t be able to stop your ex from attempting to gaslight you, but you can stop yourself from choosing to believe them. This is the time to relearn who you really are. When your ex tells you something about yourself that makes you feel less-than and doesn’t jive with your own self-perception, give yourself the credit that you are far more likely than are to be correct about yourself.

2. Expectations of sanity: We are taught to believe that everyone is inherently reasonable and capable of change. Unfortunately, neuroscience has shown that this is not the case.

We can be empathetic to the experiences of others, but none of us can actual step inside of someone else to determine if love, anger, fear, joy, pain or any other emotional or physical sensation feels the same in that other body as it does in our own.

Those of us with a typical neurological profile only know what it is like to think within a healthy mindset, and we generally assume that everyone else has about the same thinking capacity as we do. According to The Personality Studies Institute,

“In the case of healthy psychological development… early, extreme and disconnected representations gradually become integrated into more complex, subtle and realistic internal images of self and others. We come to realize that ourselves, and others, have both good qualities and bad, that we can experience disappointments in ourselves or others while still appreciating the good qualities.”

Not so for HCPs, for whom at some point in early development the following occurs:

“Emotionally-charged interactions between the infant/child and significant caregivers, which are patterned and repeated over time, result in the development of specific representations of the self and of significant others, linked by the emotional quality in which they were initially experienced… [Associated emotions] may range from intense love to extreme hatred. In early life, these dyads are not accurate or literal representations of historical reality; rather, they tend to represent polarized, extreme images and affects. Consequently, in response to triggers… an individual experiences himself, and others, in terms of extreme and simplistic representations that are not coherently connected with the representations of self and other that might be triggered by a different event.”

Long, scientific story short, the brains of people who experienced intense trauma during their childhood, and who may also have a hereditary predisposition, do not develop the same neurological pathways found in typical brains.

Meaning, they just don’t think the same way. At all.

Understanding that your ex essentially has a form of what I call “emotional dyslexia” can bring about an enormous reduction in your daily dose of banging your head against the wall.

When your ex looks at the page that is your situation, the messages his or her brain sends is jumbled just as the letters on the page in front of someone with dyslexia are. We don’t yet have sufficiently effective tools and techniques to facilitate emotional processing for HCPs (largely because they are statistically unlikely to self-identify as needing such tools and techniques) the way we do for people with dyslexia to reprocess the visual information on their page.

Remind yourself that your ex’s thinking process does not work the same way as yours, and you will no longer find yourself surprised by their negative behaviors, nor will you take their words and actions so much to heart.

3. Venting: The kind response we will hear from our friends when we go through a difficult time is “I’m here for you if you want to vent.” We’ve all said it, we’ve all heard and we have probably taken one, if not several, friends up on it.

The problems are two-fold.

First, every time you vent your story, you relive it. We think that getting the story out into the atmosphere will somehow remove it’s weight from inside of ourselves, but getting it out too many times begins to have a counter-effect. Not only does the situation weigh on you, but you have now stewed yourself in a broth of it, and the heavy steam hangs in the around you and pushes you down even farther.

4. Issues so complex you have trouble explaining them concisely: Here is the second issue with venting. Because emotional manipulators are constantly increasing conflict throughout their lives, the story of any conflict with one is rarely simple. You just cannot summarize that amount of sheer insanity in a 3 minute re-cap.

Because of this, you find yourself struggling to find the most convincing arguments to make, leaving out details and rushing through others so that your friends don’t lose interest. In the end, your friend may or may not get it, and you feel all the more over-whelmed, frustrated and, yes, crazy.

In order to address both issues 3 and 4 above, choose a small, trusted number of confidantes who you know will be along with you for the full ride. Let the others know how much you appreciate their offer, then resist the urge to share, share and share again.

Arianna Jeret is a Mediator & CDC Certified Divorce Coach, passionate about sharing lessons learned from divorce to help others build more fulfilling lives grounded in strength and optimism. To contact her regarding coaching, mediation, interviews and/or public speaking, she can be reached at [email protected] or via her website at www.ariannajeret.com and podcast, The Greater Dater. 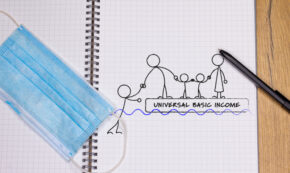 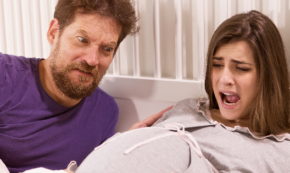 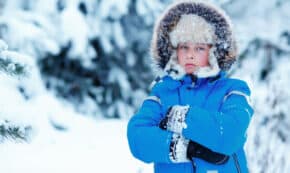 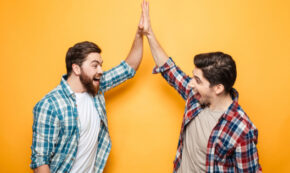 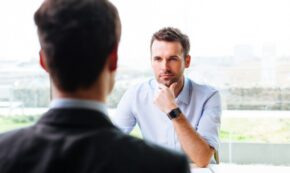 FacebookTweetPinEmailShares465
wpDiscuz
0
0
Would love your thoughts, please comment.x
()
x
| Reply
Share this ArticleLike this article? Email it to a friend!
Email sent!