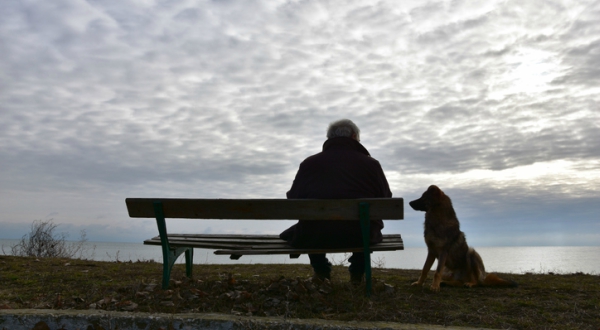 Wherever you go, there you are.

No one is sure where the saying “Wherever you go, there you are,” came from; maybe Confucius, maybe some obscure zen master. It almost has the ring of a Yogi Berra malapropism in its simplicity. He of the “It ain’t over till it’s over,” fame. And “I didn’t really say everything I said,” which has been tried by every shady character ever. To be clear, the former manager of the Yankees was not shady. He just had the hilarious gift of making zen-like statements without meaning to.

Maybe I’m mixing my own metaphors, but zero degrees of separation, and wherever I go, there I am, seem closely aligned to me. Have you ever tried being truly incognito? Or running away from yourself? It just isn’t possible today.

I ran away to Italy recently. Sort of. I did let people close to me know I was going. But I went alone, and unlike the other times I’ve traveled alone, or with my son when he was young, this time I didn’t know anybody at my destinations.

I could be anybody I wanted to be.

The traveling writer/blogger. The psychotherapist on vacation. The mysterious older woman on her own. Or all of the above, and more. Or none of these.

I chose all of the above, and more. But mostly, I didn’t ask what other tourists did back home or volunteer any of my descriptives. How better to play with, mutate, or rediscover your own identity than somewhere no one knows you?

One of my best exchanges was with a fellow airline passenger who spoke Chinese and a smattering of Italian. I spoke no Chinese and not enough Italian to count. She didn’t speak English. We struggled with charades until she got on google translate. You would have thought it was the scene in Helen Keller movies where she first associates the symbols her teacher is forming in her hand with actual objects. We both lit up and began typing like crazy.

I don’t know what she thought my profession was before we went to google translate, but I suspect she thought I was a teacher of the deaf. Ironically, she may have gotten this impression from my miming of listening to my clients. I’ve never been good at charades. She was an acupuncturist, but I knew that because she showed me pics of her work. It’s hard to find pictures of psychotherapy, what with confidentiality and all.

What does this have to do with no degrees of separation? Only that she and I eliminated separation through technology and desire to communicate. And we intend to stay in touch.

In the Mediterranean village of Monterosso, I met a couple from London at my first dinner there. They were at the next table in that outdoor restaurant overlooking the sea, and Sharon blithely asked me a question. Bless her heart, as we say here in Texas. As in, I’m not sure she knew what she was getting into, making friends with me. She now expects a visit from me to her home in London. That’s how I roll.

So we became friends, and even more so when we met for lunch at the same restaurant the day they were leaving. She, being the master connector she is, clarified where I live and what I do for a living, because she had met a young, brand-new married couple, the night before, and they were from Austin! Plus, the bride worked in a hospital as a physical therapist. Obviously, according to Sharon, we had to meet. She gave me their names and showed me a picture.

Normally, I would have let it go. Austin is a big place. Too damned big, many of us think. Please don’t move here.

The next day, I was sitting across from my hotel eating breakfast and noticed a beautiful young woman sitting alone at a close-by table. She looked familiar, but not enough for me to know who she was. An extremely good looking guy joined her who also looked familiar. What the hell? Monterosso is the largest of the very small villages on the Mediterranean, making up Cinque de Terre. I had only just learned of them, and had made last-minute reservations at my hotel, then traveled there by train, the only way to access the villages. Maybe you could drive, but even if you could, why would you want to brave those tiny, twisting roads?

After staring for a while at the couple, I asked, “Are you, Bethany and Joshua?” Indeed they are, but until I mention Sharon, they look at me suspiciously. They were the couple from Austin Sharon had met. We became instant Facebook friends. Will we become actual friends? Who knows. But in that instant, in a country across the ocean from our own, with an age difference, we connected.

With travel becoming more accessible, and the internet making other people, countries, and languages a click away, there really are no more degrees of separation. Which, to my mind, means no excuses for not studying, understanding and having empathy for others.

So what comes between us?

A lack of interest. Arrogance. Complacency. I watch tourists and see so many people who travel in groups and therefore don’t have to mingle much with the local citizenry. They traverse a place with an almost rabid focus on seeing everything they can possibly see in one day and then collapsing in their hotel. I presume the hotel part but saw the focus up close and personal.

In Florence, where parts were as crowded and bustling as Disneyland or Manhattan during rush hour, a woman bumped into me with one of her very large breasts. Without glancing at me, she kept moving. Pedestrians wandered aimlessly and obliviously in front of cars and scooters, who had to screech to a halt.

With that many tourists overcrowding the inhabitants, the locals sometimes closed off from us behind the language. I’ve discovered that knowing enough of a language to laugh at something funny they say to one another is a sure-fire way into being treated like I exist for more than just my spending. They drop their mask and acknowledge me in an entirely different way than before. It’s a palpable difference. I’ve become a person to them, not just a tourist.

That’s one reason I don’t do seven cities in seven days, or whatever. I stay in one place long enough to visit a restaurant, coffee shop, or bar several times, so I get to know them and they get to know me. I feel safer that way of course, traveling alone, but more than that, I get glimpses into what their lives are really like.

It’s also why I don’t always tell what I do at home. I want to see behind their personas as business owners and servers, and I want them to see me for who I am without the descriptives. With fellow travelers I meet in random restaurants, I want us to be relaxed enough away from our real life to see each other as people, not as titles.

The truth is, we are all brothers and sisters under the skin.

Our jobs and titles can be used to hide behind, just as language “barriers” can be used to pretend there is a vast distance between us and them. We do take our confirmation biases and unacknowledged prejudices with us into the world, along with all our better qualities, so wherever we go, there we are.

But consciously, mindfully, we can create the connection.

We can learn enough of the language to say please, thank you, and even to pick up on humor, the great equalizer. I sometimes joke about “tourists,” which takes people off, guard. We can offer help and safety to strangers. We can open our hearts and minds to the experiences of others. We can treat refugees selling in the street like the humans they are. We can stop acting like people’s actual homes are nothing more than a tourist attraction for us. We can do our part to create zero degrees of separation.