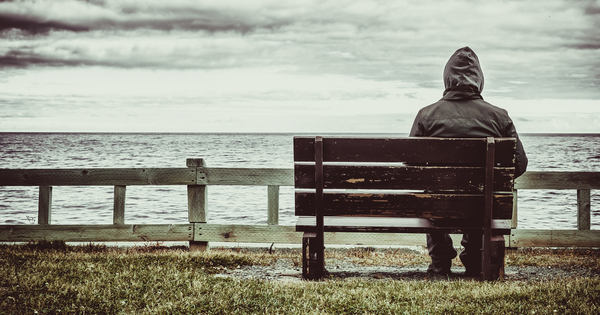 Today I want to share a cautionary tale about fame, misfortune, and decaying mental and physical health. I want to illustrate this by sharing the story about a man named Jerry.

Jerry passed away this past June. He wasn’t a young man – he lived to be 75. He died alone and loved only by a few who knew him best.

In his later years, my uncle and my father both befriended Jerry. I never met him, but by all accounts, he was a complicated man with enough demons to fill any horror movie.

I’ll get back to Jerry in a few paragraphs. Because to speak about Jerry, I need to provide a little context about who he was to the world.

The 1977 Grammys were handed out in February of that year. Ironically, I was born about three weeks later, but I digress.

Paul Simon won the honor for Record of the Year that year with his mega-hit song 50 Ways to Leave Your Lover. It’s a brilliant song with some of the coolest lyrics in music history.

The song begins with this bossa nova drum lick that sets a cool, laid-back energy. The lick loops for the entirety of the song with the exception of the chorus.

Everybody knows of Paul Simon. But I believe it takes a music nerd to know who played the drums on that song.

Donald Fagen and the late Walter Becker of Steely Dan were and are noted perfectionists. They insisted the music and the songs on their albums sounded and felt perfect.

In 1977, Steely Dan released their – in my mind – finest studio work, an album called Aja.

The title track of that album is a song that must be heard to be believed. It’s an 8-minute epic featuring eastern influences, several jazzy guitar fills, and a tenor sax solo by the iconic Wayne Shorter.

The first of Shorter’s solos is on top of one of the best-known drum solos in music history, only to be exceeded by the second drum solo after the second verse and chorus of this very song.

Becker and Fagen had a drum track already recorded with a man named Jim Keltner. Keltner has a long history with Steve Miller and Bob Dylan among many others. He’s a giant himself.

They called the guy who played on 50 Ways to play the drums for the title track on their new album. And legend has it, he was able to create the drum track in only two takes.

That’s how good Steve Gadd is at his job.

Paul Simon, Eric Clapton, James Taylor, among others – those are the legends Gadd has shared a stage or recording studio with. All three, as well as Steely Dan, are members of the Rock and Roll Hall of Fame. Clapton himself has been inducted three times – with Cream, The Yardbirds, and as a solo artist.

Steve Gadd isn’t a rock star. But he’s d*mn sure played with some.

Gadd – and many others – make most of their living in the music business as session musicians. These are the cats that artists call when they need a professional track laid down quickly. They’re usually not part of a band, so they have to be able to mesh quickly with other musicians’ styles.

Session musicians can make a good living doing this kind of work. But they rarely become stars…except to music nerds like me. Some noted exceptions to this are Jimmy Page of Led Zeppelin, Duane Allman of the Allman Brothers Band, and Maurice White of Earth, Wind, and Fire who all started their careers as session musicians.

And sometimes record labels employ their own house bands – the Funk Brothers with Motown Records being the prime example of this.

Back to Jerry. Jerry was Jerry Carrigan – the Steve Gadd of Nashville.

Along with bass player Norbert Putnam, and piano player David Briggs, they started at the iconic FAME Studios in Florence, Alabama. It was there where they became part of the “Swampers” that Lynyrd Skynyrd namedropped in Sweet Home Alabama once upon a time.  The Swampers were the nickname for the Muscle Shoals Rhythm Section – the house band for FAME Studios. The Rhythm Section backed Aretha Franklin, Wilson Pickett, Etta James, and ironically Paul Simon – among many others.

Carrigan, Briggs, and Putnam moved to Nashville where they became part of the so-called “Nashville Cats”, guys who were highly in-demand for their skill and professionalism in the Nashville music scene.

Jerry was the drummer on some of the biggest country music songs of the 70s and 80s. Here are but four:

He also played with Wayne Newton, Sammy Davis Jr., Joan Baez, Willie Nelson, and Henry Mancini. Legend has it that Reba McEntire once waited 10 months just so she could book studio time with Jerry.

He wasn’t glued to the studio either. Jerry toured with John Denver at the height of Denver’s fame. He also toured with an up and coming rock star named Elvis Presley once upon a time.

Jerry hadn’t been in good health for many years. He had also seen significant tragedy in his personal life in recent years which took a toll on his mental health.

Jerry’s personal demons and health issues finally caught up with him and he passed away in June.

My uncle Alan was probably his best friend at the end. And Alan has inherited a ton of memorabilia from Jerry’s collection.

I share all this as a bit of a cautionary tale.

Here was a man who toured the world with and played with some of the biggest names in music history. He has been part of numerous gold and platinum records.

We all need one thing in our lives. One thing to make our lives complete.

We all – every last one of us – need love and appreciation.

We all need to be remembered.

When you watch your favorite movie, remember the “wait…is that the guy who was in that movie” actors. They’re just as important as the star.

When you listen to your favorite music, remember the musician laying down the tasty bassline who you might not have heard of. They’re just as important as the star.

When you watch your favorite baseball team, remember the 25th guy on the roster. He might not be making Mike Trout money, but he’s just as important. I’m sure Braves fans of a certain age remember Francisco Cabrera.

And all human beings deserve to have their names known.
—

Facebook42TweetPin1EmailShares43
wpDiscuz
0
0
Would love your thoughts, please comment.x
()
x
| Reply
Share this ArticleLike this article? Email it to a friend!
Email sent!