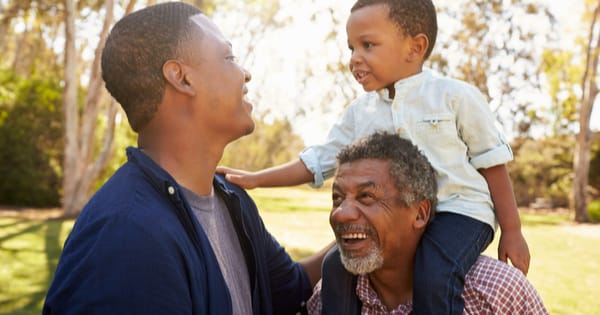 As a black man in America in this modern world, intergenerational trauma is a subject matter which I have learned plays an important factor in creating my human journey. The mixture of cultures and spiritual perceptions created a new found culture, a history rooted in the depths of knowledge, beauty, and trauma. There are stories of rising above, stories of failure and neglects, as well as stories of the maintenance of the culture and the family. There as the stories that shined the truth as well the ones that hid the dark side of their moons. Division of one’s loyalty comes into play, dangling between two questions. One is will I honor the entire family history without questioning any of its truths or will I decide to reject the validity of certain aspects of the story. There may come a time I may have to challenge the methods of living our cultural truth.

Culture itself has no color or social status. Culture itself is a ritual of living, a way to express your history and the maintenance of your everyday life. The creation of trauma come from uncompassionate actions taken upon fellow members of your culture, whether it is external or internal.

It is a collective trauma, including nations, ethnic groups, religions, and families. It creates a complex post-traumatic stress disorder for the offsprings of the previous generations. It causes an identity crisis and a deep sense of abandonment.

Stop the cycle of transmission by connecting the dots between the mother and father and the grandparents, the methods of living that helped to create the family’s story and history. Next, flip the switch and attempt to write a new story of being, based on creating a working solution. For the healing of yourself and the family. In doing so, you begin to create a new story of how you are being present for life and how you can produce different results to enable a new future for future generations. No matter what has been given to you, it is up to you to do what is best for you.

In the midst of burying my father and going through his personal belongings, I found diaries, letters…stories telling the truths of the family. As I sat down to read them, I seemed to feel as if I had crawled back into the womb. I felt his personal pain. I cease to want to ask him to save me. I found empathy for his journey and the essence of his soul.

I realized I was a victim of a victim. No one person was responsible, but one person can make a difference and be responsible for initiating a change. My father had felt a disconnection from his mother and family from birth, and even in the womb. So, relationships were difficult for my father. He was afraid of intimacy. I was craving love from my father, feeling lost because of his emotional absence. I did not know I was looking at my father living out his trauma. He loved me, but he could not express the love he felt.

The trauma my father had experienced was passed on to him from his father and I became the recipient of my father’s ancestral lineage. It was a history of male anger, rape, and violence, a history passed on from slavery. Even within these modern times, the historical behavior of survival still existed. An unconscious adaptation of the master of the plantation’s behavior of ruling with an iron fist, displaying his power by taking any woman or man male he wanted for his pleasure. These behavior patterns have continued long after slavery has officially ended.

Being locked within a prison of anger and revenge, wanting to take someone else’s power because yours was taken. It is not an evening of the playing field. It is the beginning of losing the connection between compassionate conversations and actions. You become reactionary, acting out the silent rage and fear. The anger and fear are just reactions from not receiving the love we desire as human beings, in order to live serene and fulfilled lives.

Turning anger into love is a journey of healing for yourself and all those around you. Changing your habits of living is required if you want to have changed results. You have to use the tools of love, hope, faith, trust, compassion, forgiveness and deep self-investigating. Looking at the manifestations of the stories while learning how to understand the dynamics of your cultural family, you begin to identify the storyline of your journey which allows you to be able to make a better plan of intention.

Your personal goal is to respect and identify who and what you are. Know what you are to your family. Be honest about who can we trust and who is our enemy? Take time to look at the ties to the family and determine which one of them need to be rejected and which will you keep?

The emotional ties between the child and the ancestors are essential to the development of our values. The story or the backbone of the family created a foundation in which you can build a more evolved personal life.

I see so much of myself evolving from my relationships of my mother, father, brothers and sisters, aunts and uncles and my grandparents. I learned my morals, rituals of living and my methods of living that tended to hide pain and trauma. Within my family, I learned there were individuals who were bruised and broken and had a tendency to make bad decisions because of their brokenness.

Still, I learned, as an individual, I had a choice on how I needed to create my own boundaries. Because I was raised in a loving household, I knew love and forgiveness could clear everything. Still, I did not have the wisdom of how to use those tools to my benefit. The enemies of the family unit were those who were not compassionate, loving and forgiving. The enemies were those who would do us harm.

When you find out there are individuals within your own family who are the enemy, then you know must rise above the generational grief and reject the habitual ways of living which harms everyone involved. Historical habits of survival had become the response to be challenged and begin the process that would not imprison, hold the family back.

How we rise above the remnants of our ancestor’s generational trauma is how the future of our next generation will unfold. How we move forward depends on how committed we are to maintaining the cultural foundation, but eliminating living habits that don’t serve our overall higher selves. As living individuals, we crave to evolve, as women and men.

Terrell, These are important issues. I’ve seen these generational issues play out in my own life and it wasn’t until I wrote my memoir, My Distant Dad: Healing the Family Father Wound, that the pieces of the puzzle of my life began to fall into place and I could better understand and come to peace with my parents, myself, and my children, and grandchildren.

Facebook97TweetPinEmailShares97
wpDiscuz
Share this ArticleLike this article? Email it to a friend!
Email sent!