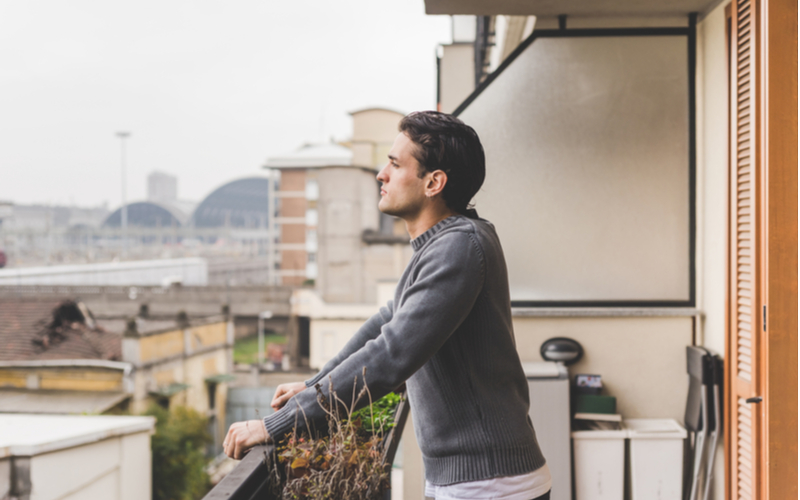 Healing…boy what a scary and beautiful topic.

In the early going, we spent a long time getting into my backstory and what is in my past. Since therapy is all about the past, and coaching is all about creating a future.

In one of our earlier sessions, Gary asks me “what’s your safe space? Where do you go when you’re scared, worried, or anxious to feel better.”

I thought for a moment or two and I replied that I put on my headphones and listen to music. I put on my playlist. And I couldn’t have written this piece without playing my playlist…

And while I’m pretty open in this space and have little trouble speaking and writing about scary topics, I’d rather not go into explicit detail about the event in question. But I’ll speak contextually.

In wake of coronavirus and COVID-19, many states’ governors have enacted laws requiring people when social distancing isn’t possible to have their mouth and nose covered when out in public. Including the state in which I live – Connecticut.

When I saw this, I had a meltdown. I can’t lie, I pitched a hissy fit.

I mean, I get it. And I accept it. While I’m not sick, I could be a carrier. And if I was a carrier, and I got a senior citizen sick, and they died, I wouldn’t be able to live with myself.

Still, this triggered me pretty hardcore.

I had a few friends trying to talk me down, but I couldn’t be talked down. I eventually calmed down, but I was self-righteous about it. I felt extremely put out by having to comply with this law. Why should we be compelled by law to be afraid?

I thought my fears of covering my face had something to do with fears of being silenced.

In my latest therapy session, my energy and my intention went toward an incident that happened with me when I was in 6th grade. It involved the time I was ill with the chickenpox.

It was an incredibly scary time. Until my ruptured gallbladder landed me in the hospital in 2009, I’d argue this was the sickest I’ve ever been. High fever on top of feeling like I wanted to claw my skin off my body.

While initially, this seemed like I was trying to justify the fact that 2+2 = the price of eggs in Des Moines, it makes sense. This fear of having my mouth and nose covered actually had its origins in my bed when I was in 6th grade, sick with the chickenpox.

Healing…boy this is a loaded concept.

My dog Pete has hip dysplasia. Thank God it hasn’t flared up in a few years, but the older he gets, this is something I’m concerned about. He’s a big boy, and I pray he can keep his mobility as he gets older.

I’ll never forget the last flare-up he had. It took place maybe 2 days before I was set to fly to New York for a coach training weekend. I was fit to be tied. And my four-legged son was in serious pain.

This took place on a Wednesday, and my vet at the time takes Wednesday off. I’ve never understood it, but when you practice veterinary medicine for over 50 years, you can set your own rules. He managed to diagnose Pete without taking an x-ray.

The backup vet I took him I took an x-ray and showed me how bad it was. I also got hit with a $700 bill, but that’s beside the point.

He was prescribed pain medication and a joint supplement. And if you’ve ever given a dog – especially an 80-pound ball of muscle and love – you know how troublesome this can be.

Jamming a pill down the throat of a dog with a mouth the size of the shark from Jaws is no fun.

I’m not saying that Pete is HEALED. But he hasn’t had a flare-up in the past four years.

As my original coach mentor once said to me, “Sometimes you have to re-break a bone to get it to heal correctly.”

Back to my original story. In the service of social distancing, my therapy sessions have been held over zoom. I’m not a huge fan of THAT, but it is what it is.

After I got done that last session, I must’ve sat in the chair for 45 minutes in silence. I needed it. I felt like I took a gut punch.

But make no mistake, this was a gut punch I needed to take. I needed that punch.

Reflecting on the session, I think it opened up something pretty valuable for me.

One major plus in this COVID-related slowdown is that the earth is healing. The air is cleaner. The water is cleaner.

And as humans, we’re getting back to basics. Washing our hands, cleaning our spaces better.

We’re getting back to basics.

It took a global pandemic for us to remember what makes us human.

Let’s not overlook this. As of this writing, in the US alone, there have been over 985 thousand confirmed COVID-19 cases with better than 55 thousand who have perished.

But over 109 thousand have fully recovered! Some of whom have been as old as 104 years old and as young as 8 months! Most of the recoveries have been brutal, but they have recovered!

I know of so many powerful stories of recovering from so many brutal wounds. Sexual trauma, childhood trauma, drug, and alcohol abuse, families who don’t accept and love you for who you are – I could go on and on.

Healing those wounds takes courage. It takes commitment. It takes want-to. And it takes a high tolerance for pain.

There’s a beautiful episode of The West Wing that illustrates how important internal healing is.

The character of Josh Lyman was gravely wounded in an assassination attempt. He survived the shooting, but this kind of trauma can raise hell on someone’s psyche.

After experiencing some PTSD symptoms, the White House brought in a trauma specialist who worked with Josh for an episode.

“So that’s gonna be my reaction every time I hear music?” Josh asks the therapist, Stanley.

“Because we get better…”

Because we get better… 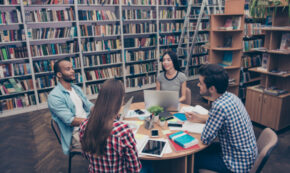 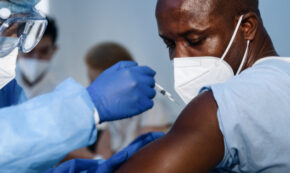 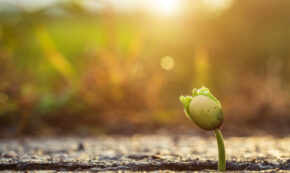 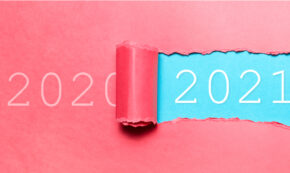 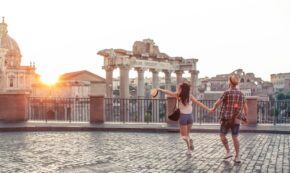