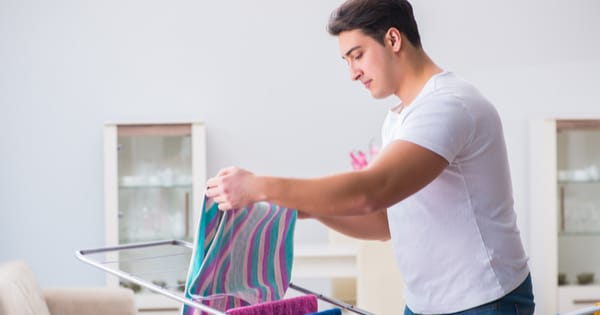 Not too long ago, I entered an interesting shared living situation. She had a boyfriend, which I thought was nice. He clearly “adored” her, very attentive. He paid for their meals, helped out with her child, took them places, etc. It was everything I thought I wanted in a man.

She had a temper. On the surface, she seemed nice. However, if something did not go her way, she would yell and scream. She seemed to always be yelling, at her child, and at her man. Whether in person or on the phone. There was always a reason for her to yell, especially at her man. It seemed that nothing he did was good enough. I remember an incident when she stood over him as he sat in a chair, and she kept correcting him as if he were a child. I felt bad for him, but I got tired of it, tired of seeing her yell and scream. At the tail end of my time there, she began taking her episodes out on me.

She confessed that she didn’t think she really loved him. He was helpful with her child, helped financially, and she hated folding laundry. She would wash and dry, then pile everything on the couch. No one could sit on the couch as there were loads of clean laundry on it. When he came over, he would promptly go to the couch, fold the laundry and either watch the television, or chat.

I often thought, “He’s a wimp.” I would think, “There’s no way I could ever date a guy like that. Someone who allowed a woman to walk all over him.” These thoughts went on for a couple of months, then one day when she was yelling and screaming at him, I looked within and thought, “He’s not a wimp, he’s being abused.” I now saw the signs very clearly; the signs I saw in myself when I was wrapped in the clutches of someone with narcissistic tendencies. Those days when as hard as I tried, I could not untangle myself from the manipulative words, the yelling and screaming. It had been years since I escaped, but I looked at this man and saw someone who, in my eyes, was being completely manipulated.

I was very aware that I did not know what was going on when I was not around. I have no idea what he could have been saying or doing to her when they were alone. What I do know is what I saw when they were around me. Her yelling, screaming, berating and belittling everyone in her path.

The last episode I witnessed between them was a harsh one that lasted a couple of weeks. She yelled at him on the phone. She yelled at him in person. She sat with him and lectured him for what seemed like hours. Then, as their weekend trip approached, she was nice, smiled a lot and was very attentive.

They went away for the weekend. At the end of the weekend, I saw a text come through my phone at 6 am. The text read to call right away. I reluctantly called and she whispered that there was an emergency. He did something mean, so terrible in front of the other guests that she had to get out of there. She wanted me to order an Uber to take her to the airport. Unfortunately, several obstacles kept me from ordering the car and synchronizing her departure. I tried to tell her what happened but she wouldn’t hear anything, she had to get out of there.

They arrived home exhausted 24 hours later. She briefly explained the journey. Someone bought her a train ticket, but she wanted to fly. She got someone to buy her a plane ticket and she went to the airport, but it was the wrong day. She had to stay at a “sleezy” motel. She actually texted me pictures of how she barricaded the door. She wanted to tell me the full story, but she decided to rest first. I did not care to hear the story. Something inside of me said she started something and was trying to manipulate the situation. She did tell me she was going to leave him for good. All I could say to her was that the back and forth was teaching her child about relationships. I left it at that.

After that weekend she made no mention of him or the situation. Within a week she was seeing another man, one for whom she professed her love. For a full week the new man was all she could talk about. I noticed that after a couple of their overnights together he started making excuses to not pick her up; I thought that he was just in it for a few quickies. I didn’t say anything to her, however. That’s when she started to direct her anger at me. She frequently walked past me, breathed heavy signs, and slammed pots. She would walk out of the room and text message what she thought I was doing wrong. I thought this was nonsense, and I planned my path out of there.

In the two weeks after that incident, the laundry piled up all over the couch and living room chair. One late evening, as I laid in the small room I shared with my son, I heard a man’s voice. I thought, “It couldn’t be?” At that moment my son came in the room and said, “Guess who’s back?” I just looked away and thought to myself, “Here we go again.” About an hour passed and the house was quiet. I decided to go to the kitchen and was shocked to see he was still there. He said,  “Hi.” I smiled and said,  “Hello.” As I walked by, I watched him fold her laundry.

I eventually left and did not look back. I have no idea what happened to them. But on occasion, my thoughts reflect and I pray that he got the support he needed to get away.

Tara Christina is a Mother, Writer, Nutrition Educator, and Tea Maker. Tara is the CEO of Tara's Teas, a unique brand of customized, organic, loose leaf teas. She also blogs regularly about nutrition and balance as a part of healthy living.
Tara enjoys mothering her son, eating good food, and spending time in nature.

Facebook69TweetPinEmailShares69
wpDiscuz
Share this ArticleLike this article? Email it to a friend!
Email sent!