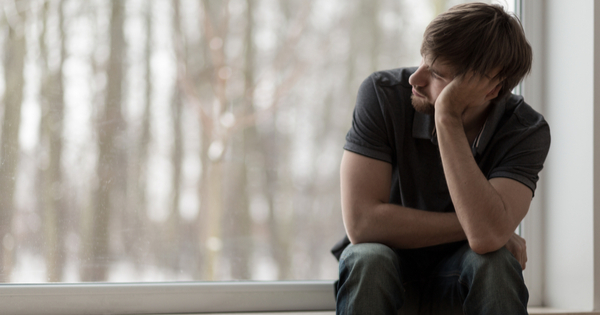 Here we are, in 2019. We’ve already had a significant number of mass shootings this year alone. We’ve already had many more deaths from drug overdoses and other forms of suicide.  We have huge levels of loneliness and social alienation in our technological culture. Just last week I was driving down a street in my neighborhood and was tailgated by an older gentleman while I was going the speed limit while he was gesturing and gesticulating at me like I was causing him pain by doing the speed limit. (I didn’t react, fortunately). I can’t help but think that a majority of these incidents were due, at least in part, to the effects of social isolation. Sure, not all of the people in these situations were men, but enough of them were to warrant some serious attention to what can be done to help.

We’ve had all kinds of studies and news reports about men and violence, and I’d like to draw attention to one of the difference makers on this front.

His name is Christian Picciolini, who helped found an organization called Free Radicals Project. This organization was founded to help de-radicalize men who are considered to be white nationalists. In a recent interview, Mr. Picciolini said that the key ingredients for radicalizing men into the ranks of white nationalism include ignorance, fear, and isolation. That really struck me. What it told me was that by men being quartered off into their own echo chambers via the internet, as well as by having their fear whipped up in those same echo chambers, they then become the hardened killers we see on the news reports from New Zealand, Pittsburgh, Virginia Beach, and on and on.

This need not be the case. If we can help enough men get out of isolation before this process sets in, we can reverse the trend. Part of that involves getting others into their lives and helping pry them away from their isolating electronic devices long enough to form some solid connection, either through mentorships or just making honest to god, not virtual, friends who can help counteract the isolating forces that are all around us. Those who suffer from addiction can join 12-step or other support groups to help them get and stay sober, but the main thing is to avoid isolation. With more people on the planet than ever before, it doesn’t make sense to cut oneself off from others, as tempting as that might be at times. It only reinforces a problem and adds fuel to the fire of hatred:  isolation begets more isolation, which increases people’s fear of each other, and the resulting hatred of this group or that group.

Even the houses of worship that have become targets of mass killings themselves are part of the answer to the problem of isolation. Perhaps the isolated and deranged men who carry out these attacks at some level know the antithesis of their own horribly lonely existence resides in communities such as these, and their attacks are a way of creating a terrible juxtaposition to the joy and connection these communities provide, and the sheer terror and devastation these brutal acts inflict on the fabric of society. Perhaps if we looked at isolation as the enemy instead of the other, we might be able to turn lives around not only for ourselves, but also for men who desperately need to connect with others for their own sanity and for the safety of our communities.

Scott Kampschaefer, LCSW is a private practice therapist in Austin, Texas. He has an extensive background in working with depression, anxiety, and bipolar disorder at a clinic for older adults with these disorders in Austin. He now works with adults and adolescents 14 and up in private practice. His new e-book is entitled Life’s Lessons from the Young and the Old and is available for purchase on Amazon.