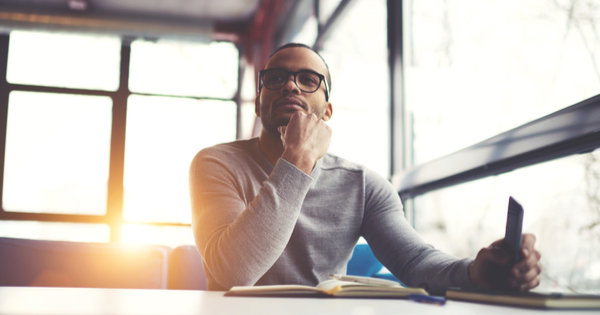 I saw this on someone’s license plate as I was driving home from the gym today. I’d been thinking recently that it was about time to write another article, but on what? I knew right then.

It’s an interesting question, RUAWARE, because it prompts another question: By whose criteria? Is it asking if we’re aware that humanity seems hellbent on the destruction of ourselves and our homeworld, that the world appears to be stuck in the “terrible twos” of tantrums and “Me, me, me; mine, mine, mine”? Perhaps it’s asking if we’re aware that life on planet Earth is once again dividing into haves and have-nots — whether political, financial and/or religious — and an upper class focused on power, wealth, and control?

Maybe it’s querying whether we know we’re creating ever-greater distance between ourselves and others preferring to interact digitally rather than face dreary/scary/time-consuming one-on-one encounters? Or is it that we’re becoming an entire race of lost souls swapping our humanness for technology, fame, fortune, and “Likes” while becoming increasingly unconscious?

That last one seems the most likely to me. The others are certainly true but everything happening into today’s world is based on one thing: one’s level of consciousness. And, of course, it comes down to defining consciousness in order to fully grasp RUAWARE.

Consciousness, according to Merriam-Webster defines it as “the quality or state of being aware especially of something within oneself.” Dictionary.com states it as “to increase one’s awareness and understanding of one’s own needs, behavior, attitudes, etc.” And the Cambridge English Dictionary lists it as “the state of being awake, thinking, and knowing what is happening around you.” Finally, Psychology Today says, “Consciousness is an automatic change management process.”

Okay…well, I guess that about sums it up — but not really. Consciousness is far beyond any of those definitions. For me, it does entail an understanding of my own needs, behavior, and attitudes, as well as knowing what’s happening around me BUT in context to my sense of purpose in the world and the ramifications/consequences of my “consciousness” on the world around me and vice versa.

What I see happening around me is static existence: people stuck in survival mode, fighting for their piece of the dream, trying to make ends meet, struggling with their responsibilities, racing for no reason to get to whatever and wherever, constantly striving for bigger and better, wrestling with world systems that label, categorize, box in, suppress, oppress and swallow us up. For what?

It doesn’t matter whether we’re living on the street or living in a castle — we’re still caught in webs of illusion/delusion.

One of the most damaging illusions/delusions we have going is that the world is supposed to be a certain way: people are supposed to act one way, believe one way, have the same values and beliefs, want the same things, fit within specific categories, archetypes, and gender norms. These are the biggest lies we tell ourselves simply to feel comfortable and safe, unthreatened by what is unknown and different.

But, just as nature is replete with countless variations on themes, so are humans. I believe there’s a reason for that: So that we learn the greatest lesson of all time — love.

Most people profess to know what love is, but I would hazard a guess that their love is conditional, comes with laws, codicils and amendments — all designed by humans who think they know better than their gods, humans who have created their gods in man’s image rather than the other way around. They’ve made their gods kowtow to human needs, wants, desires, lusts, foibles, insecurities, egos, fears, and agendas. Then they’ve tried to legislate all of that just so they can feel comfortable and safe in a homogenized world, unthreatened by what is unknown and different — and doesn’t rock the boat by challenging their beliefs.

So, when I see something like RUAWARE, I can only think about how consciousness is attained and upon what it is based. The upshot is that consciousness is individual, subjective and can’t be determined via someone else’s dictates, experiences, and beliefs. We have to discover, interpret and give meaning to life for ourselves. That’s the journey for each of us. In the process, we must answer the most profound of all questions: Who am I?

Many have told us who we are, tried to impress upon us their own understandings, visions, and interpretations. And many of us have tacitly gone along with their descriptions (often delivered as edicts) believing that somehow they are authorities, are prophets and have direct lines of access to their gods. Or, we believe they have greater power and wisdom than we do by virtue of their name, title, wealth, position, education, fame and looks. What conceit and deceit! It’s nothing more than the ego’s grab for power.

People love having power over others. It makes them feel grand, superior, authoritative, omniscient. And it makes life so much more pleasant when everyone is living your agenda according to your dictates designed around what you think “should” be, which is really about what makes you feel comfortable.

What the need for power masks for a person is their insecurity, deeply hidden anxiety that they aren’t who they say they are and that they’re beliefs aren’t a hundred percent on target. It could mean that the systems they’ve bought into are false and that what’s been perpetrated is the old pull-the-wool-over-your-eyes trick.

The flip side of craving power is letting others have it so that we don’t have to think, don’t have to exert ourselves. Using one’s critical thinking skills takes energy, determination, stamina, and courage. Life’s challenges are so much easier to deal with when handed over to someone else to grapple with. All we have to do is follow, even if what we’re following is outlandish and against our own highest good.

But that’s the journey of consciousness. We have to constantly make new distinctions, find out things for ourselves. Is it easy? Most of the time it’s a challenge. It’s what we learn about ourselves along the way that makes it all worthwhile. Truly knowing ourselves is the greatest gift we can give ourselves and others.

And one of the most important gifts we can give another person — though often stressful and sometimes painful — is to allow that person to have their journey. We may know much about the choices that person is making, and we can be a source of information and support for them, but they have to discover for themselves the meaning any experience has for them. That can only occur if they are allowed to go through the process of life without others trying to mold, convince, change, control or convert them.

So, RUAWARE? Have you taken the time, made the effort to dig deep into your inner being to reveal your truest essence? It’s never too late to not just answer the question RUAWARE, but to become a fully conscious human being secure in the knowledge of who you truly are. That is the quest for each of us: “To thine own self be true.”