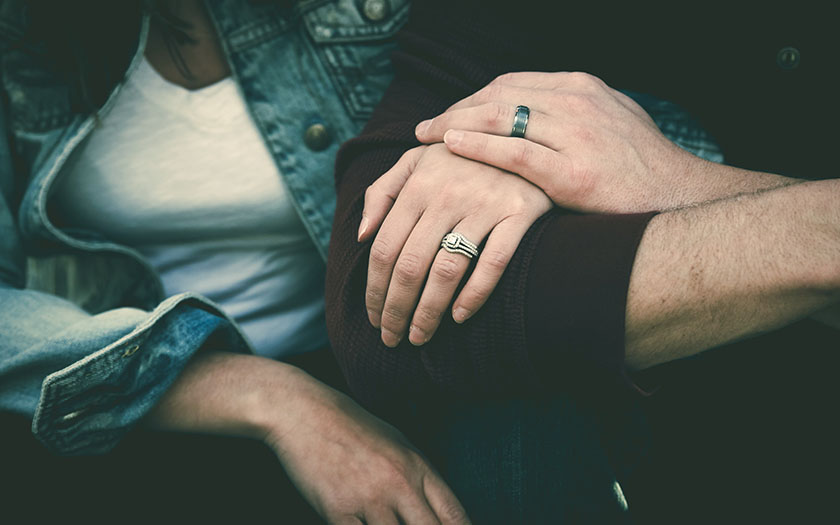 God, I am so pissed to be writing this. I seriously want to tell everyone to just F off. Honestly, that might end up being my option but I thought I’d get your take.

My wife is gorgeous. By nearly anyone’s standards of beauty, she’s simply beautiful. Me…not so much.

We’ll see people look from her to me when we enter a restaurant. I’m always watching other men check her out. It’s been more than 15 years and guys have always asked me “How I landed her”. Women have asked her “what she sees in me” and have insulted her implying that she’s with me for financial gain.

The holiday party at work is coming up and 3 different coworkers have asked if I’m bringing my “smoking hot wife.”

What the hell do I say here? I’ve told people that kind of talk offends me. I have asked them to be respectful but it feels like we’re up against something bigger than small town office talk: it’s this cultural obsession with looks and beauty that we can’t escape.

It sounds like you feel like David fighting Goliath….that it’s you and your wife against the world. After 15 years of defending yourself for something that really has nothing to do with you, I don’t blame you. I’d be over it, too.

I don’t know if my take on this is going to be the same as others. I bet we’re going to get all kinds of comments to this one.

My take may not work for you and you wife so I certainly invite others to jump in.

Make sure you know in your core that you have nothing to apologize for.

People have been questioning relationships since the beginning of time…the rich girl with the poor man….the black man with the white girl….two men…two women…multiple partners. You know the deal.

Sometimes, the fact that there is even a debate causes people to think they have to defend their relationship. Until you know and believe in your bones that your relationship is no one’s business, anything you say or do will at least be slightly defined by your own self-perception.

What is your completely uncensored response?

When people tell me they don’t know what to say in certain situations, what they are usually telling me is that they don’t know the “appropriate” response. They edit and censor themselves and their words in an effort to not be raging, inappropriate, or inciting.

Come up with the version you can stand behind.

Stop tailoring your response to other people, what they can hear or what they can live with. Take your uncensored view and pare it down to the message that most represents you.

When I was dating my husband, he was in an accident and suffered a spinal cord injury, rendering him unable to walk. I was asked repeatedly if I was going to stay with him. I, too, got tired of hearing the judgment. I came up with: Yes, before October 14th, 2005, I was in love with him. A wheelchair didn’t make that love go away. I still love him so yes, I am staying.

Know what your boundaries and limits are.

This is probably more important than what you say. People treat us based on what we tolerate so when someone does show you who they are and makes an insensitive comment, what are you going to do? What’s your limit and your boundary? Come together with your wife on this.

Maybe you don’t go to the holiday work party. Maybe you say “You know, it seems that my wife and I are being set up to be the main attraction. I don’t want to bring her somewhere where she’s only going to be ogled and stared at. We’re bailing on this year’s party.

If someone you know and interact with regularly says something, tell them ONCE that you find their comments offensive and ask them to stop. Consider what your boundary will be it if continues.

Control how much energy you give this.

We can’t control what people say or do. We can only control how we respond to it. You know your relationship. It’s no one else’s business so make sure not to give this too much of your time or energy. Don’t let the ignorance of others take up excessive time or space in your own life.

Respond with “She appreciates that I see and value her inner beauty even more than her external beauty.”

Be careful what you ask for…you might just get it…

It would be interesting to get the wife’s view on this.
Are they supportive of each other, or is his tiredness somehow linked to her questioning him, too?

Kal! Hi! Crap! I should have written back and asked him that! In fact, I think I am going to! You’re right. That’s an important perspective. I am going to make it an article for next week…stay tuned.

go to the subreddit r/theredpill and ask this question.

Facebook112TweetPinEmailShares112
wpDiscuz
5
0
Would love your thoughts, please comment.x
()
x
| Reply
Share this ArticleLike this article? Email it to a friend!
Email sent!