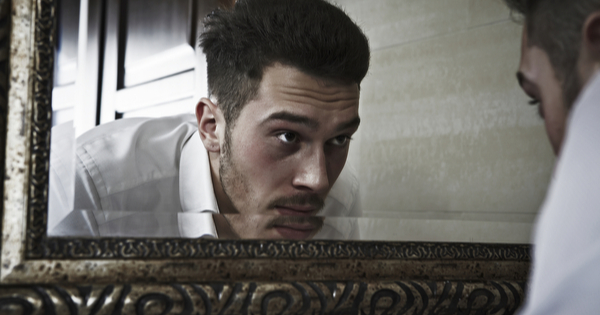 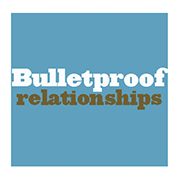 It was my 45th birthday. I was in the process of getting divorced. I’d been seeing a therapist and was dealing with my own internal demons. 8 months earlier I’d been suicidal, almost lost my job, and was drowning in the deep. Black was my color.

Then, without any notice, quite spontaneously, for the first time ever, that morning, I looked in the mirror and said these words… “I like you, you’re alright”. I was shocked. Was I now hearing voices?

No-one prompted me. I wasn’t practicing positive talk. It wasn’t a formula or a mantra. I wasn’t old to say it until I believed it. It just spilled out of my being. I call it ‘the day I came out’ … because for the first time ever, I was being honest with myself. It was the beginning of my conscious awakening.

In Australia, suicide is the leading cause of death for men aged 15-44. It’s more than double the national road toll, and 3 times higher than that of women. In 2017, preliminary data showed an average of 8.57 deaths by suicide in Australia each day. What that means is, by the time I’ve finished writing this article or you’ve finished reading it, someone out there is contemplating taking their own life, and they WILL do it.

If I met with you for coffee tomorrow, 8 men and 3 women will have killed themselves overnight in Australia. Startling isn’t it!

What is robbing us of the will to live?

For me, the answer was in learning to genuinely accept myself in a way that I wasn’t used to. It wasn’t about being happy or soldiering on. It was about seeing myself as the likeable, caring, fun and capable man I was. A man who had something good and worthwhile to offer the world.

There are a lot of men (and women) out there, who simply do not like themselves, and see too little value in their existence.

Since that day, my life slowly began to change for the better. It was a slow but sure awakening, getting a sense of who I was, and who I was, was ok.

I had learned about transactional analysis (TA) years earlier, and my therapist used TA with me also. TA basically refers to our 3 states of adult, child or parent, the interaction between those 3 states within ourselves, and in our communications with others.

For the first time ever I was speaking man to man with myself. The voice of the parent critic within me, was losing its power over me.

Since then, the voice of my saboteur, who would rant in my head about why I wasn’t good enough, and about why I would fail, has slowly become less and less. He still likes to pop his ugly head up from time to time, but I can say with confidence, his days are few and far between.

It’s a daily practice of emerging, waking up to myself, changing old patterns and forging new, healthy ones. Am I there, no. Do I wake up every day and get this right, no. But I’m aware, and awareness is curative.

The man who is consciously awake, is the man who is awake not only to himself, to the dark and the light within him, but also to the world around him, the people around him.

He is aware of his own energy, his own ego, desires, fears, weaknesses, strengths. He is ‘at ease’ in his own skin, willing to embrace all of who he is, let down his guard, trust and follow his instincts. He knows that ultimately, he’s a better man for it.

It’s not airy fairy new age rubbish. It’s real stuff. This type of man doesn’t need to impress, nor does he need to hide from his insecurities and weaknesses. He accepts where he is at, and moves toward a better version of himself.

Mark Manson says “challenge yourself to find the good and beautiful thing inside of everyone [including yourself]. It’s there. It’s your job to find it. Not their job to show you.”

I still have plenty to learn, plenty to grow, but also plenty to hang my hat on. I’ve come a long way, and I have been reminding myself of that. It’s easy to get caught up in current struggles and forget where you’ve come from. It’s easy to miss the progress, and get dragged back into fear and doubt. Screw that. There’s a better way.

I’m still determined to practice kindness, humility, inner strength, outer expressions of courage & honesty, connect emotionally, display affection, to be all of who I am, and to find the good and beautiful thing inside of me.

The Awakened Man is all about how we as men learn to lead clear, calm, confident lives, Steve challenges us to be curious about how we navigate the waters of love and relationships. How we do this in ways that still help us feel alive, connected and strong, is at the heart of his message. He enjoys sharing the ongoing conversation with other like-minded men (and women), who are asking similar questions and facing similar challenges, as together we find the ways that work, with honesty, vulnerability and rawness.

Facebook14TweetPin5EmailShares19
wpDiscuz
0
0
Would love your thoughts, please comment.x
()
x
| Reply
Share this ArticleLike this article? Email it to a friend!
Email sent!