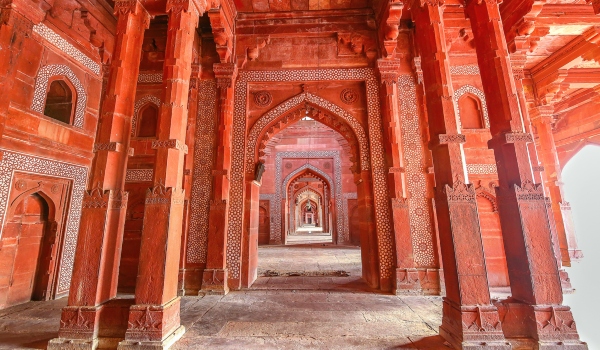 —
This beautiful copy of the Khamsah (five poems) by the 12th century Persian poet Nizami first entered the Imperial Library in Akbar’s reign and was without doubt one of the most valuable manuscripts in the collection. The Mughals typically categorised their books according to value and content and nearly all the finest copies carry gradings and valuations. This manuscript was classified as ‘Select’ (khāṣṣah), and ‘Class one grade one’ (avval avval) – John Seyller (see below) lists only five others of equal status. Its importance lies chiefly in its decoration and illustrations which include miniatures by the master-painter of Herat, Bihzad (flourished during the reign of the Timurid Husayn Bayqara, 1469-1506). However, with more than 70 inscriptions and seal impressions, it also contains significant material to undertake the somewhat challenging task of working out its history! I’ll be writing more about what can be learned from this kind of study later. 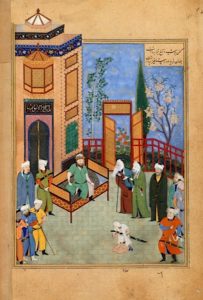 From the story of ʻKhusraw and Shirinʼ. The elders plea with King Hormuzd to forgive his son Khusraw. Ascribed to Bihzad (Or.6810, f. 37v) noc

The time and place of origin

Unfortunately the manuscript has no colophon—which might otherwise have conveniently supplied the date and place of copying. However, in a miniature depicting Khusraw arriving at Shirin’s palace (f. 62v), one of the arches carries an inscription reading ‘Prepared for the library of the great Amir, the just, the most courageous Amir ʻAli Fārsī Barlās, may his rule last until the day of resurrection’. A Mirza Ahmad ʻAli Farsi Barlas is mentioned by the emperor Babur in his memoirs as an amir of the Timurid Sultan Husayn Bayqara who ruled Herat from 1469 to 1506. He is described by Babur as being both elegant and a scoundrel with a talent for and understanding of poetry while not actually composing it himself (see Thackston below, p.205).

This all suggests a date of around 1494/95 and Herat as the city of origin. There is also a dedicatory inscription in Arabic contained in the shamsah on folio 3r. 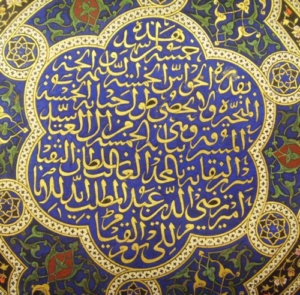 This is a quintet for one whose five sound senses and five perplexed (inner senses?) can bear witness to its worth, one who will never in his life reckon “the five pilfered ones” (the five intercalary days added to the end of the Persian year), one in whom the five of the “family of the cloak” take pride, lord of the throne of the niqaba in glory, the conquering one, sultan of naqibs, Amir Rażī al-Dīn ʻAbd al-Muṭṭalib, may he help people until doomsday.

Despite his inability to read and write (see Ellen Smart below), several minimal inscriptions have been attributed to Akbar, but the habitual notes by the Mughal emperors, found on their most valuable manuscripts, really only began with Jahangir and were continued by Shah Jahan, after whom the practice seems to have been discontinued. This manuscript is one of over 20 known to have included inscriptions of both rulers. To the left of the shamsah on folio 3r is an inscription by Jahangir, written just a few weeks after his accession to the throne.

God is Great. On the fifth of Azar year 1 (Nov 1605) [this book] entered the library of this supplicant at the Divine Court. Written by Nūr al-Dīn Jahāngīr [son of] Akbar Pādshāh in the year 1014 (1605). This Khamsah is one of the select (khāṣṣah) books. [It has] twenty-two paintings, the work of Ustād Bihzād and others. Sixteen are the work of Bihzād, and five are the work of Mīrak, and one is the work of ʻAbd al-Razzāq. Value five thousand rupees. 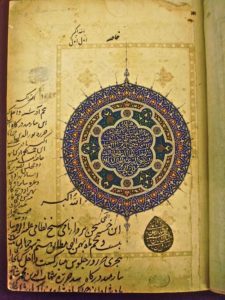 Underneath a second inscription, by Shah Jahan, says:

God is Great. This Khamsah of the eloquent and famous Shaykh Niẓāmī, may God have mercy on him, entered the library of this supplicant at the Divine Court on the twenty-fifth of the month of Bahman Ilāhī, corresponding to the eighth of the month of Jumādā II year 1037 Hijri (14 February 1628), which is the day of the blessed accession. Written by Shihāb al-Dīn Muḥammad Shāh Jahān Pādshāh, son of Jahāngīr Pādshāh, son of Akbar Pādshāh Ghāzī. 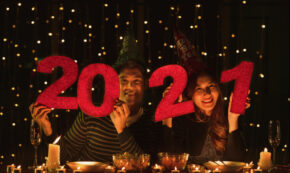