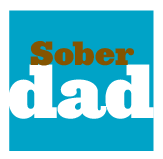 My father’s wife passed away last week – not my mom, his second wife.

I went down to visit him and asked him what he was going to do.

“This place is too big for me,” he said, gesturing around the three-bedroom condo that he shared with his wife of 36 years.

Then he added, “I’m thinking about going into assisted living.”

At first I thought that was a really depressing concept.

But then I realized that in an assisted living facility, he would have companionship, meals prepared for him three times a day, activities planned, and his bed made and his laundry done.

That’s when it hit me.

For men, marriage is assisted living.

And therein lies the problem.

We men are fundamentally lazy when it comes to taking care of the basic activities of daily life.

I don’t know who invented the idea of making one’s bed, but I can guarantee you it wasn’t a man.

I don’t know who invented the idea of laundry, but once again, it is most likely not the male of the species.

We probably didn’t even invent marriage, either.

The problem is that men are raised by mothers, who put food on the table, clean clothing in the closet, and clean sheets on the bed.

So we get imprinted from a very early age that if there’s a woman around somewhere, all that stuff is somehow her job.

Being single, therefore, is a temporary status between two major periods of our lives in which we depend on women to do all the boring stuff we would never dream of doing, like making our bed or ironing a shirt.

During that brief interregnum, we surround ourselves with pizza boxes, beer cans, and the detritus of singlehood, all of which we hastily stow under a freshly-made bed in the unlikely event that a girl was actually going to visit our man-cave.

If we’re lucky, marriage ensues, and with it come the expectations that somehow there will be meals on the table, clothing in the closet, and clean sheets on the bed, just the way mom used to do it.

And then we turn around and get mad at our wives for treating us like children!

The point here is to question the underlying assumptions that we men carry, that boring work is women’s work.

So here are some suggestions that will make your marriage better, and might even get you a little more sex, which is why married men basically do anything.

#1 – Never volunteer to “help” with the dishes or any other home-based activity.

Take the attitude that they have in the military – if it’s walking, salute it, and if it’s standing still, paint it.

In other words, don’t wait to be asked to load or unload the dishwasher, the washing machine or dryer, or do the dishes in the sink.  It’s only her job if you make it her job, and she’s not going to thank you for that.

So don’t just help – do something.

From a man’s perspective, work is a place where you go five days a week. When Friday afternoon rolls around, it’s the weekend, which means that you don’t have to do anything. You can just watch a lot of sports, order food in, and basically remain seated or sleeping from late Friday afternoon until early Monday morning.

That’s true when you’re single. Now that you’re married, 70% of the time you spend with your spouse will be during the weekend. So lose the mentality that this is downtime. It’s not. In your relationship, it’s show time.

Make plans. Don’t just ask her what she wants to do. Women love a man with a plan. It shows that you’re thinking about it.

Buy stuff for her, like flowers, even though it isn’t her birthday, your anniversary, or a day when you were trying to deeply apologize for some stupid thing you did or said the night before.

And above all, don’t just sit there. Nothing makes a woman more upset than a man sitting still when there’s laundry, dishes, an unmade bed, or anything else to take care of.

#3 – Remember that you are the “minister of fun” in your relationship.

You were playful and fun-loving before you got married – that’s a big part of the reason why she married you.

Now that you’re married, you can’t simply decide that you’re going to spend the rest of your downtime working on that fantasy football team I mentioned earlier. Women usually feel the responsibility to manage the home, the budget, or other matters that typically don’t interest men.

Above all, do not live by my dictum, “anything  you do well in a marriage, you’ll have to do over and over.”

Be great at being a husband. It will bring out the best in your wife, and remember that you will never, ever be happier than she is. You might as well do everything in your power to bring her the happiness she so richly deserves.

'Michael Graubart' is a long-time sober member of Alcoholics Anonymous, has been a member of Al-Anon for decades, and attends Overeaters Anonymous meetings as well.

As he says, "If it moves, I'm obsessed with it, and if it stands still, I'm addicted to it."

A New York Times bestselling author, Michael is married and the father of four children. He writes under a pseudonym to maintain his anonymity and speak frankly about his experiences in Twelve Step recovery.

“We men are fundamentally lazy when it comes to taking care of the basic activities of daily life…” Just a thought: if you want to run a website intended to be read by self respecting men (instead of self loathing men and man hating women), you might want stop all your blatant man hating bigotry. Why does this website feel the constant need to insult, demean, belittle and dehumanize men at nearly every opportunity? I understand that a majority of your readers are women, but do you assume them all to be man hating bigots as well? I for one… Read more »

“ … , influenced by his upbringing, but not to a gender as a whole.” Hits the nail on the head. If an adult is a slob who hates domestic chores, how did he/she become that way. In my 60+ years of life, I Can honestly say that I have met as many females as males who struggle with domestic chores.

I guess this wasn’t “tongue in cheek” as I originally posted (but was moderated out).

Dude! This article is pure BS!

How did this get published?

This site has been publishing misandric hit pieces like this for YEARS. And yet, they purport to tell men how to think, talk, act, etc.

It’s a perfect example of how the blind lead the blind.

No more misandric articles, with their misandric tropes and premises.

The whole article is based on a false premise – i.e. that men should choose to be married. Any man that wants to be married in America to an American woman should have his head examined. There is absolutely NOTHING you can have by being married that you can’t have without falling into that trap. But if you do get married you can look forward to nagging, lack of sex, a fat wife, and possible years of paying child support and vaginamony if you get smart and bail.

Marriage for a woman is drudgery. That’s why so many of us are initiating divorce.

To the guys below: I have heard these same complaints from other women, and had these complaints in relationships with numerous men over the years. Maybe you guys aren’t like this, or need to read this, but lots and lots of other guys would greatly benefit from them. Move in with a guy? Guess what!! You get to do all the thankless stuff Mom used to do! This is a HUGE wake up moment in a young woman’s life, when she realizes that her boyfriend now appears to expect her to pick up his socks/always be the one cleaning the… Read more »

The ex-wife was a total pig.

Lot’s of relationships are queer, rather than heteronormative.

All I can say is, I’m one of the guys who isn’t like this. But then, I’m also not a guy any woman ever wanted to date, never mind live with. There’s something about a man who knows how to take care of himself, who can sew a button back onto his shirt for himself, knows about effective household cleaners, and cares about an organized kitchen, that is just so ridiculously unattractive to women, it’s been amusing to witness.

Well, there’s that…but also I think that there’s a subconscious impression that a guy who can do all of these things is “domesticated”, and as far away from the “bad boy” that is the star of every millions-selling romance novel and movie that women overwhelmingly vote for with their choices of who they date, marry, and have children with. Let’s face it…in highschool, that class where you learn all that random stuff like cooking…I did extremely well in that class. I kick ass with a Singer sewing machine. Hence, every one of the two thousand students in the whole school… Read more »

Its almost funny. Back in college I put clear coat on my fingernails because I like long nails. Guys would look at me weird and the few that said something backed down when I told them that’s how I roll. On the other hand women were the worst critics. Comments from women ranging from “how are you gonna get [email protected]$$y with nails like that” to “you’re not giving me a hysterectomy with those” to the most common ” you’re nails can’t be prettier than mine”. This is also why I laugh when I see someone try to say that men… Read more »

More misandry from this site. Shame on you.

Guest
Not Necessarily So

Tho I’ve read GMP for many years, I don’t think I’ve ever had to post a comment. This isn’t an attempt to troll, but a serious comment.

I had a visceral reaction to your gross stereotyping of men; please stop blaming your irresponsibility on your gender. There are plenty of us who take full responsibility for our living space, and (speaking from experience) an equally large number of women who do not. Slovenliness and laziness and lack of consideration for others are the traits of an individual, influenced by his upbringing, but not to a gender as a whole.

Here Here! Nearly every woman I have lived with was slovenly, didn’t cook and was useless at laundry. I myself do ALL the cooking in the family, most of the cleaning and at least half of the laundry (not to mention ALL of the repairs). My wife does some of the cleaning/laundry and (being a teacher) she also does most of the homework with the kids. Honestly, this article is just man hating bigotry written to appeal to the needy bitterness of the unfulfilled women who frequent this site.