Get Daily Email
Join/Login CLOSE
Home / Reviews / The Thrill of the Climb: You Can’t Hold Us Back

This particular day was marked by a few downs—twenty-five foot falls, often called “whippers,” in Kentucky’s Red River Gorge. Yes, a few of them, all on the same climb, and nearly all from the same spot so close to the top of the route. Fortunately, the particular section of cliff I was climbing allowed me to fall cleanly without hitting any ledges or rock protrusions on the way down.

Each fall brought a graceful arcing swing in towards the wall, my feet bracing the impact. Benefitting from fresh adrenaline I would head upwards without hesitation for another shot at the finish. But after three attempts I had to accept my fatigue and make a note to return another day to finish the climb.

So we have a sport where falls of twenty plus feet can be considered routine. Crazy? Nah. But I think it contributes to a misconception that climbing is a sport of adrenaline junkies. Climbers may be adrenaline junkies in their own right, but climbing itself is rarely about adrenaline rushes. Yes, falling on a climb can get the adrenaline flowing, but an adrenaline high is actually one of the feelings I encounter least on the rock.

For me, climbing goes deeper than quick thrills. It is an intensely personal sport that tests the limits of willpower and determination. Climbers routinely overcome fears and discomfort to push upwards towards the next goal, the next summit. The mental challenge is extreme. A climber must keep calm despite discomfort, fears, and the recognition of dangers. Uncontrolled nerves are a climber’s enemy and can lead to shaking legs (Elvis leg) and freezing up, all while the climber’s grip wears down.

Of course the physical challenge is every bit as extreme. Climbers often push their bodies to the very limits of strength. Hence, the falls.

So what are the fears and discomforts that climbers face? Fear of heights? Usually not. “Don’t look down” just isn’t a reasonable strategy for this sport. In fact, gazing for miles across a valley stretched below is one of the rewards of being up on the rock.

Fear of falling? Yep, that makes the list. It’s something climbers must either accept or get used to. It’s not always bad. Falling is often the simple consequence of pushing to your physical limits. And climbers generally know when they are pushing themselves and risking a fall.

Fear of the dark? More of a discomfort, but yes, darkness is potentially unnerving. And for good reason. It can prove dangerous. I once finished a climb much later than anticipated, just as the sun had set over the Gunks, an enticing band of exposed rock in New York. A couple hundred feet from solid ground, my partner and I didn’t have headlamps and were forced to rappel down in the dark. I found myself fumbling to tie knots and manipulate gear though I had done it effortlessly so many times before. Since that night I always carry a headlamp on longer climbs even if I’m starting at noon and expect to take only a couple hours.

How about cold? I once found myself on Whitney Gilman Ridge, an easy to moderate climb that stretches up Cannon Cliff in New Hampshire. But it was late October, and the New England cold had set in. I was climbing with two partners that day, and our progress was slower than a typical two-person team. After the first pitch I already felt cold; the discomfort was very real, and I was anxious to get off the rock.

But one of the big realities of climbing is that oftentimes the only way down is up. We had to finish the climb. By the time we reached the base of the last pitch and I was sufficiently cold, sunlight was waning, and it was my turn to lead. Despite not wanting the added intensity of leading the pitch (being the first one up who attaches the rope along the way), as soon as I set out all my discomfort my angst was gone. I knew my task was simply to climb safely and belay my two partners to the top.

And I had a blast doing it.

This I think is what makes climbers among those you’d call “a different breed. “ We climb because we love the thrill of the climb, and it trumps any feelings that try to hold us back. Despite the discomforts, despite some dangers, I love the mechanics of climbing—placing gear in the wall, working my way move by move up hundreds if not thousands of feet. The intense mental and physical aspects of climbing create an all-consuming activity that is often therapeutic and refreshing more so than exhausting.

The fresh air, the serenity of being high on a cliff away from the commotion of society, the connectedness to Earth—those are reasons I climb.

This post was brought to you by the United States Air Force. Click here to learn more.

Check our Our New Adventure Series on The Good Men Project

Produced in proud partnership with the United States Air Force

Posts too good. i really like this sport. I’ll definitely give it a try, thank you very much. I’ll be back 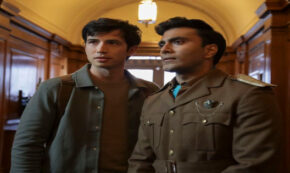 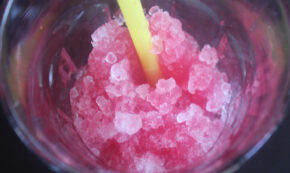 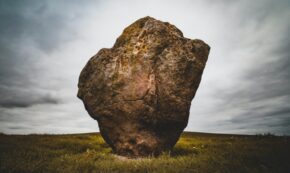 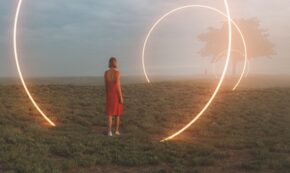 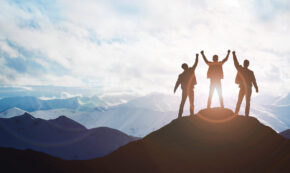 FacebookTweetPinEmailShares40k
We use cookies on our website to give you the most relevant experience by remembering your preferences and repeat visits. By clicking “Accept”, you consent to the use of ALL the cookies.
Do not sell my personal information.
Cookie SettingsAccept
Manage consent