Growing up, I was a frequently sick kid with asthma so I never really had the opportunity to really push myself physically. Needless to say, when my friend Lynn called one night in early February 2009 I was taken by surprise with her proposal.

After my “I would die!” outburst I started thinking about my mom. It occurred to me that all the women in my family were dying off at an alarming rate. My Aunt had died a month earlier at 53 years old, and my mom a year earlier than her, at the age of 64. It was time to make a change.

At 11:58pm that night I clicked YES to sign up for the Danskin Triathlon.

Lynn and I started to walk in the mornings. Then we bought low-end bikes and rode a few miles. Swimming was not happening. I started telling friends that I had signed up for a sprint Tri and without exception they laughed in my face. I felt the same way because I couldn’t picture myself doing it.

In August, Danskin sent out a notice that Sally Edwards, Triathlon Hall of Famer, and “Chief Inspiration Officer” for the triathlon series was going to speak in NYC. I went. As I sat there alone I listened to everyone’s fears and dreams, thinking about my own doubts. I choked up – I really wanted to do this!

Sept 11, 2009, the day of the Tri: I set up my transition area and searched for the bathroom. Standing with 1700 women about to begin, hearing the national anthem, I felt honored to be standing there.

The swim began. It was impossible to see in the churn of feet and women doing the backstroke. I got wacked in the head several times and had to tread water to regain my balance. But I put my head back in the water every time, and kept going.

I got out and headed to the bike, sipped some water, cussed my one-piece tri suit. I pedaled out at a moderate pace. Women who looked to be completely out of shape passed me like I was standing still. But once I got to the turnaround point I realized I was half done — and that I could actually do this — I could not stop smiling! This was possible. A woman that had never done an athletic thing in her entire life could complete a sprint triathlon. It just took guts and a determination to conquer fears.

I finished and wore my medal everywhere for about a week, grinning like a 3 year old pre-schooler with her first gold star.

Of the five people that did the first Triathlon that year only two of us continued, Shana and me. For many years Shana and I met the night before our Jersey Girl and Danskin Tri’s. We had dinner, prepped for our race and slept at her shore house, getting up at 4:30 am to set up our transition area. The second year we did two triathlons together. The year after that I finally learned to run and we did three.

The next year a different neighbor asked me to run a half marathon. Once again I said, “No, I will die”.  Once again I signed up. I was not doing a great job of training alone and discovered that my neighbor Gail was also having a tough time. We finally started running together. What a difference it makes when you know that someone is waiting outside for you at 6:30am.

Two weeks before the New Jersey Half Marathon I injured myself. But when I ran it, with the most awkward and ridiculous gait imaginable, my 9-year-old daughter ran out to finish it with me.

After running a few more half-marathons and several triathlons a year another friend said, “Let’s sign up for the NYC Marathon lottery.”  So I did. The day of the lottery I texted everyone to see if they had gotten in; nope! No one had, except me. Everyone said I could defer to next year, but I wasn’t getting any younger, and it wasn’t going to get any easier, so I accepted and started training. My Friend Jenn got in via a charity and it helped so much to have someone do this crazy thing with me. At times we trained at 4:30 in the morning, all for that rush of challenging yourself both physically and mentally.

And now I’m 54 years old. I have run the NYC marathon twice. I have run a few dozen half-marathons and I have completed over a dozen sprint triathlons. To think, it all started with a friend simply asking me to sign up for a race.

I am slow. I am not talented or very capable physically, but in the company of these strong, capable women I am tenacious. Lynn, Shana, Jenn and I, and the hundreds of women we train and compete with, have an unspoken bond that will last forever, it is the knowledge of what is possible when you challenge yourself.

People ask why I do any of this. I say, “I am running from death”.

I hope he’s even slower than I am.

This post was brought to you by the United States Air Force. Click here to learn more.

Trent Oliver is the co-founder and CEO of Blue Telescope she has develops and leads teams that conceptualize, designs, program and deploy award-winning technology-based exhibits. And yes, she competes in triathlons in her spare time.

Wow- that’s quite a resumé! 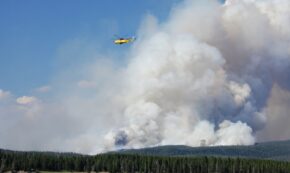 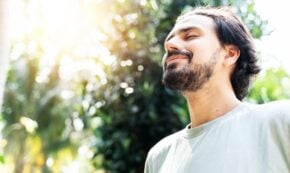 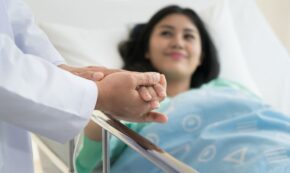 FacebookTweetPinEmailShares26k
wpDiscuz
1
0
Would love your thoughts, please comment.x
()
x
| Reply
Share this ArticleLike this article? Email it to a friend!
Email sent!